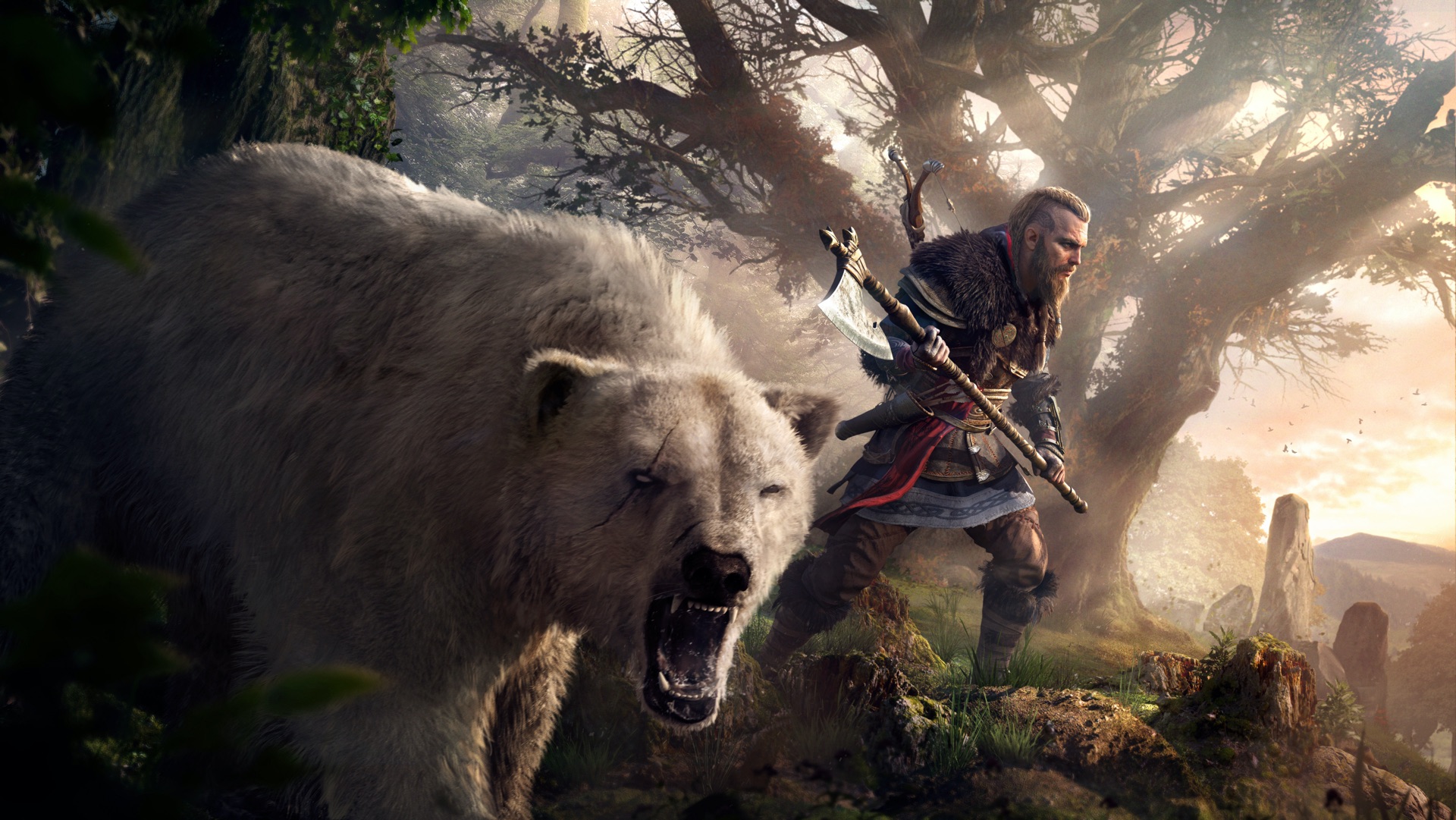 It’s been nearly two years since Assassin’s Creed Odyssey first spun its epic tale of beautiful people bludgeoning less beautiful people on the shores of scenic Peloponnesian-era Greece, which means we’re due for another installment in gaming’s most successful franchise involving acrobatic heroes routinely leaping into bales of hay to the perennial disbelief of villagers who ought to just expect this sort of thing by now. Cue Assassin’s Creed Valhalla, set during the Viking invasion of Britain and coming to PC, PS4, Xbox One, Stadia — yes, Stadia is still a thing — on November 17th. (Valhalla is also slated to be Ubisoft’s next-gen launch title. But since we aren’t presently privy to the exact dates in which the PlayStation 5 and Xbox Series X will come to market, let’s just call that “2020” for now.)

In Assassin’s Creed Valhalla, players will take on the role of a battle-hardened and slightly sarcastic Norse hero named Eivor. Eivor’s gender is totally up to you, and if you like a little romance with your raiding, you won’t have to worry about being locked out of any options either way. In fact, you can even swap between the male and female character model at any point throughout your grand adventure — a series first.

Fans of Origins and Odyssey, which collectively feel like something of a soft reboot in terms of how the Assassin’s Creed franchise should look, feel, and function, should be happy to know that Valhalla has continued the trend. Intricate skill trees and a wide range of weaponry will allow Eivor to develop the kind of close-quarters combat techniques that lads and lasses like Ezio Auditore and Evie Frye never needed. That’s not to say the formula hasn’t been tweaked; one notable example of a deviation from Ubisoft’s Egyptian and Greek entries is that their divisive leveling system has not made the jump to Valhalla. While leveling up in an Assassin’s Creed game has been a peculiar novelty, some have criticized the “level gating” mechanics inherent in both of Valhalla‘s immediate predecessors as a thinly-veiled effort to force trite grinding sessions upon tired players ready to move on with the core narrative.

Those whose gameplay interests linger closer to series roots should be pleasantly surprised to see the return of certain classic Assassin’s Creed components which have gone missing in recent years. For instance, social stealth — once a core element in every installment — is finally back and functions more or less as it always did. By concealing themselves in hoods, robes, and other unassuming attire, Eivor can blend in with English village crowds and infiltrate the quaint hovels they’ll soon be pillaging and plundering. And we’re not just talking about one-warrior assaults on scattered bands of guards with strange urges to leave themselves wide open on town rooftops. At multiple points throughout Valhalla‘s campaign, players will be tasked with leading full-blown battles to conquer the numerous coastal settlements ripe for the picking during Britain’s difficult Dark Ages.

When you’re not conquering a weakened land or off collecting resources and trading blows with wolves and other angry beasties, you’ll want to spend some time in the settlement that Eivor and their hot-blooded peers will build, bit by bit, over the course of the adventure. They sailed the seas in search of a new place to call home, after all, and all their sacking and slaughtering will service a new society where food won’t be scarce and a tattoo parlor will be open 24/7 just because. Blacksmiths, barracks, and more will only appear as players progress through their quest, so remember to tour the town every now and then.

In some ways, Assassin’s Creed Valhalla may seem like more of the same. Gamers whose tastes have shifted wayward of vast open worlds where climbing is mandatory and everyone you meet seems to have a bone to pick with you might prefer to wait for a sale this time around. But for those among us who can’t say no to gorgeous historic recreations of places we wish we could visit but secretly admit to ourselves we would die in almost immediately, November 17th will mark the beginning of an overseas trip from ruin into glory.