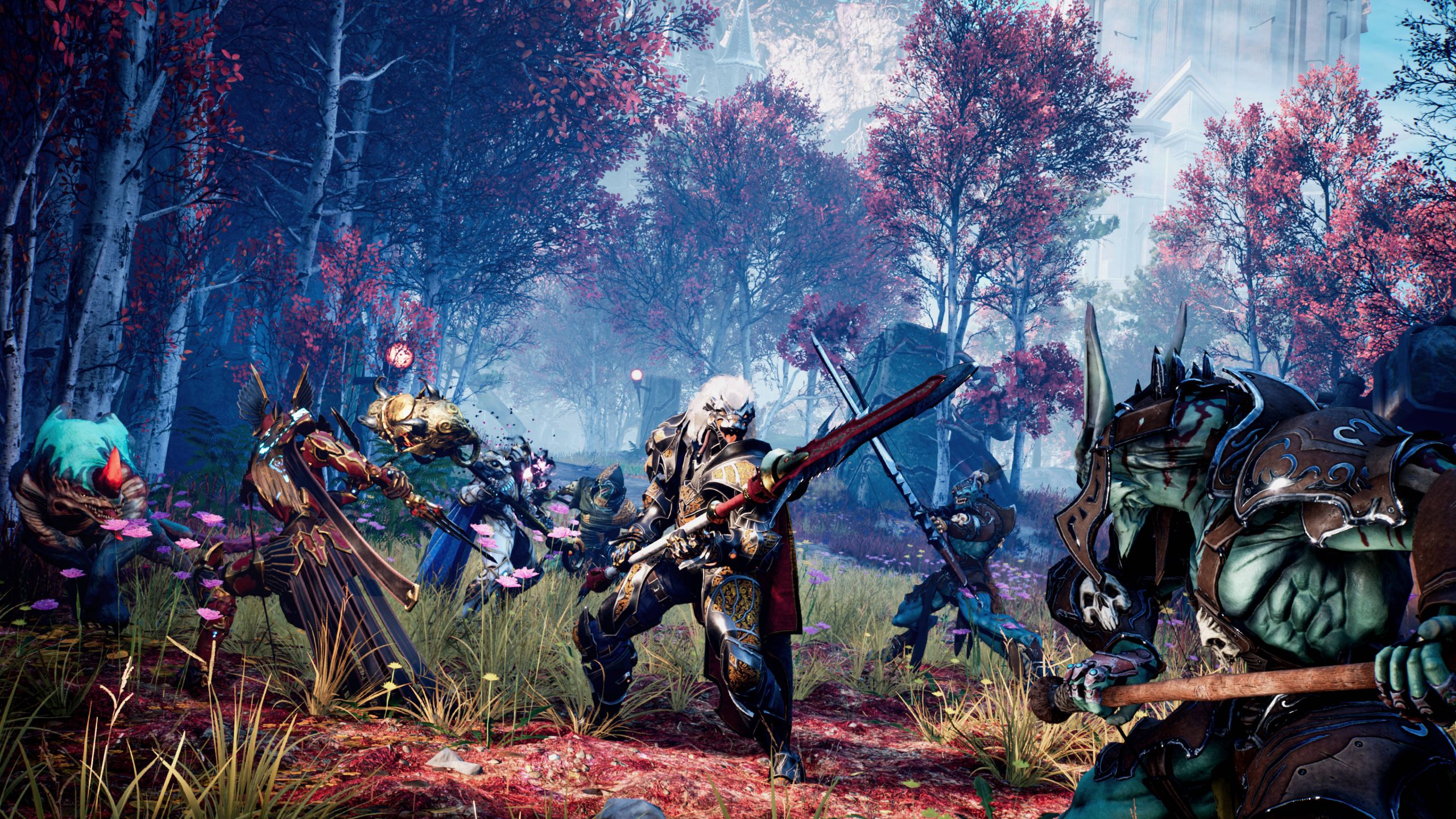 If you’re not familiar with Arrekz Gaming before reading this article, congratulations — you may be as out-of-the-loop as I am. Arrekz Gaming, as a quick web search dutifully informed me, is the title of a gaming-related YouTube channel with over 373 million combined views and rising! Kind of a big deal, then. Naturally, this means that plenty of eyes are on a recent video in which Arrekz himself had a chance to sit down for a 25-minute chat with Godfall‘s technical producer, Richard Heyne — a chat packed multiple announcements about the heavily-anticipated “looter-slasher” coming to PC and PS5 this holiday season.

To save you some time, here’s a quick overview of the major beats.

First off, Arrekz almost immediately asked Heyne to define Godfall, either as a “Games as a Service” example or something with an established beginning and ending. Heyne was quick to mention that Godfall will feature a complete campaign at launch, letting players chart a course through a full storyline without having to wait for closure. Over the course of the game, you’ll ascend a massive tower called the Skybreaker Monolith, visiting multiple elemental realms on your way to defeating a mad god whose lair is, natch, at the very top of the tower.

More specifically, Heyne said that developer Counterplay Games does not consider Godfall a Games as a Service release at all; there will be microtransactions involved, but there will be a regular stream of free content coming in an effort to keep players interested in long-term looter-slasher shenanigans.

At one point in the interview, Heyne gave an interesting answer as to what sorts of games have chiefly inspired Godfall‘s development process, and in what ways. Rather than the kind of response I’d personally been anticipating — Destiny, Warframe, Anthem, so on and so forth — he cited God of War and Devil May Cry. Clearly, Counterplay Games is pushing hard for a sense of visceral, technical, and altogether satisfying combat.

The more I watched the video, and the more clips I saw of Godfall being played primarily as a single-player experience, the more interested I became. Blame my faulty sense of stereotyping, but I’d previously thought that Godfall was something which strongly emphasized online coop, which is a hugely popular format that sadly has just never quite hit the right notes for me. And while it’s true that “drop-in drop-out” cooperative play is a big part of the potential experience, with each player’s Valorplate (read: something akin to advanced job classes, but very, very flashy) having the potential to synergize in wild and helpful ways with other Valorplates within a certain range, the ability to bypass all that and chill on my couch with no one else to blame for my inevitable game overs has put Godfall on my radar for the first time.

After all, there’s only so many times I can replay the adventures of Dante from the Devil May Cry series before boredom sets in and I need a fresh setting to satiate my occasional desire to mash buttons on my controller while pretending I know what I’m doing.