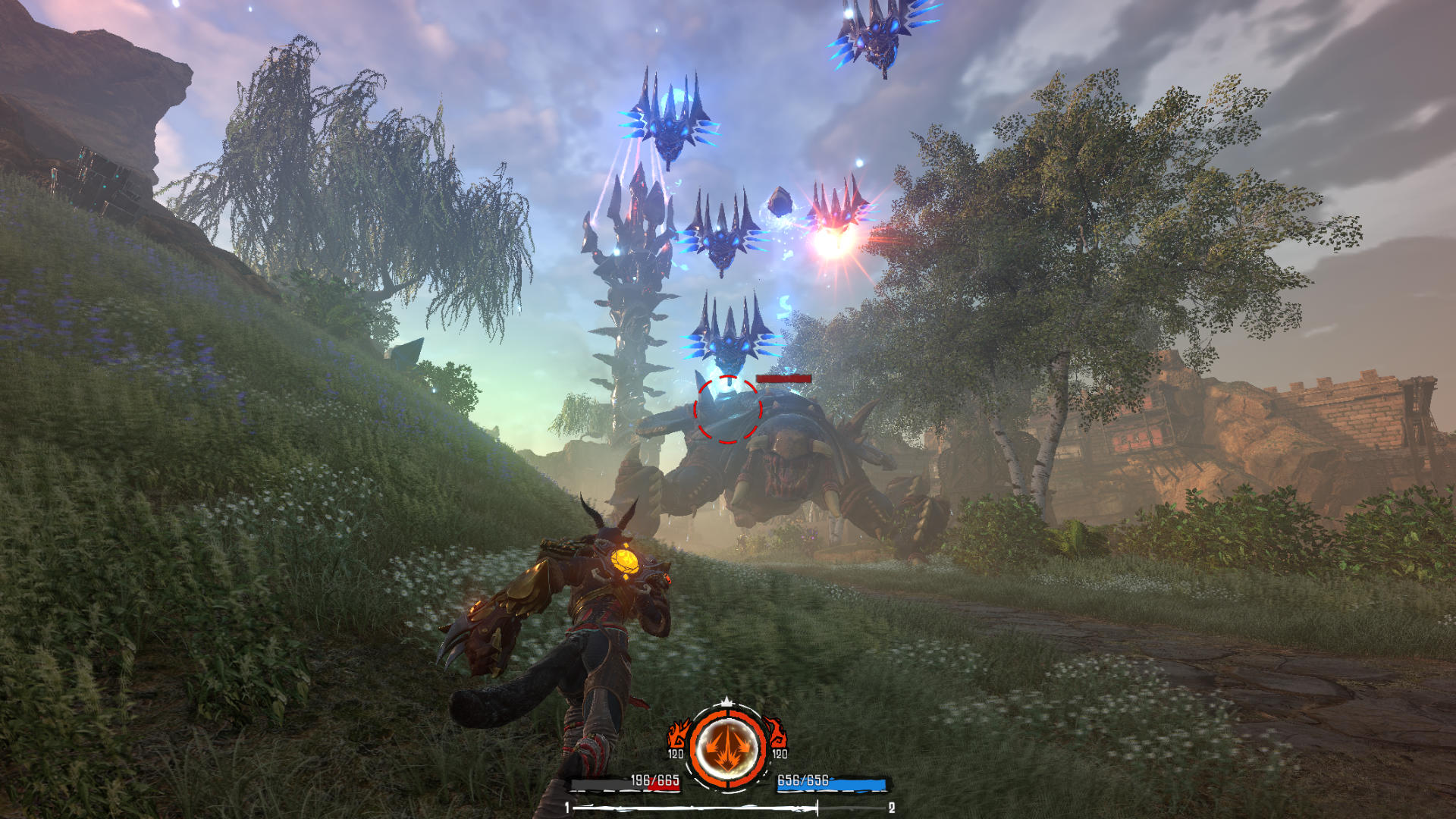 Many enemies stand in your way in the upcoming Almighty: Kill Your Gods. However, one massive enemy has just been revealed in the latest trailer from developer RUNWILD Entertainment and publisher Versus Evil! Thunderhead Guardians are gigantic monstrosities that are both fearful at close-range with their huge fists and at long range with the death beam crystal on their forehead.

Watch the Thunderhead Guardians in action in the trailer below:

Almighty: Kill Your Gods is an online, co-op action RPG. Since it was revealed during The Guerrilla Collective, the game reached its target goal for Steam Wishlist requests in less than a week. Steve Escalante, General Manager of Versus Evil, had this to say about the success:

About Almighty: Kill Your Gods:

Almighty: Kill Your Gods is an action RPG where you take on the persona of an Alpha, the first amongst your kind, a magical warrior infused with the power of your ancestors, reborn to take a stand for your tribe against the tyranny and oppression of the Elder Gods. Run as a lone wolf or team up as a pack with friends or players you dynamically encounter online whilst exploring in seamless co-operative play.

Almighty: Kill Your Gods will release on PC and consoles. A release date has yet to be announced, but stay tuned to RPGFan as we learn more!