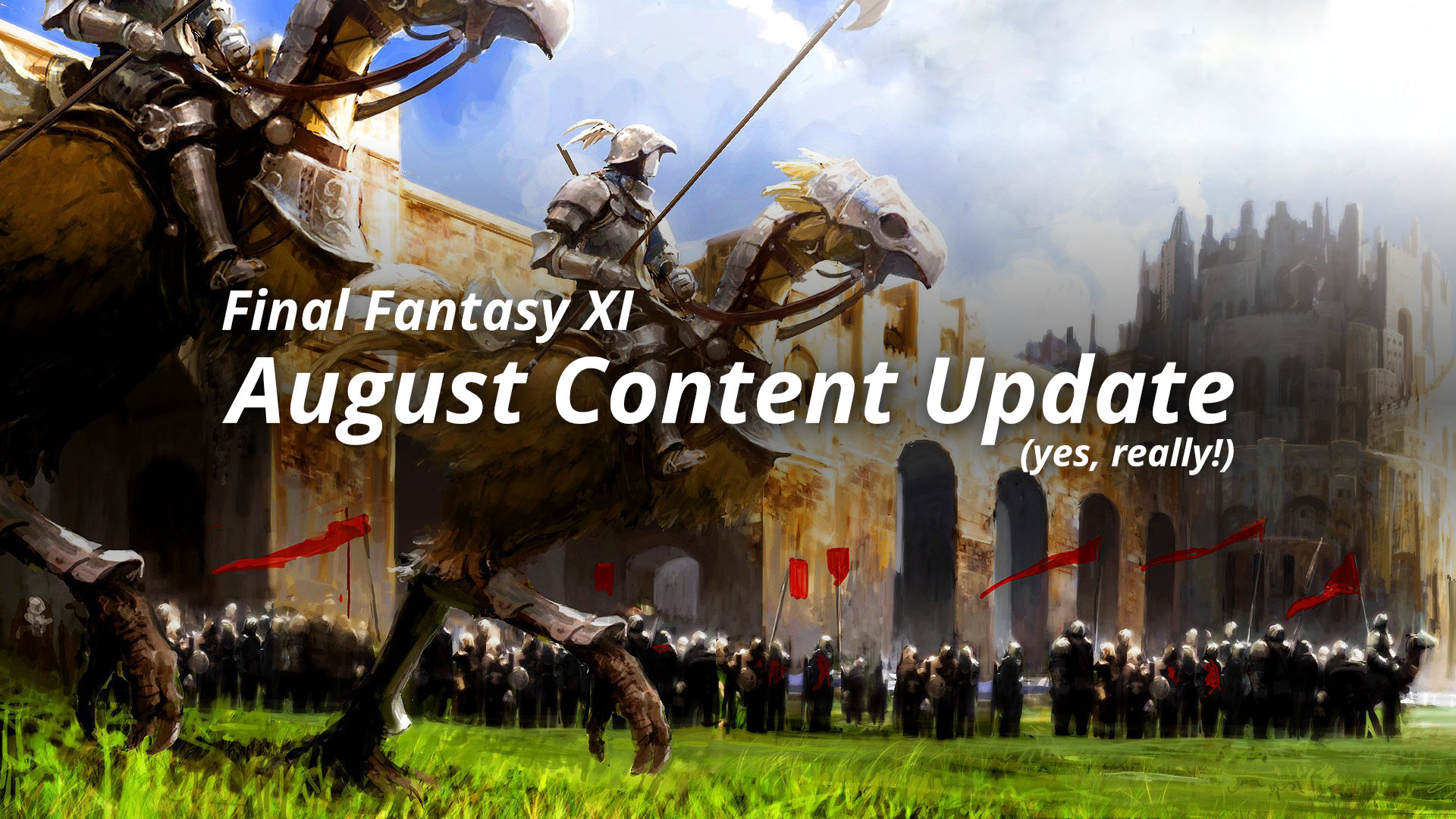 “Even the smallest of incidents can have ripple effects that alter the course of history. Three individuals of unknown origin have inserted themselves seamlessly into everyday life, their robes murky and their intentions even murkier.

Only a short time passed before small eggs of unknown origin started appearing in all manner of places throughout Vana’diel – eggs whispered of in the oldest of Beastmen legends.

It falls to Vana’diel’s finest adventurers to uncover the truth behind this enigmatic phenomenon. Peer beyond the veil of death and unravel the tangled threads of a conspiracy that threatens the very fabric of the world.”

Final Fantasy XI producer Akihiko Matsui announced last week in a forum post that, yes, the 18-year-old MMORPG is getting an update! Dubbed “The Voracious Resurgence,” the new content is largely story based, with quests being piped in as early as Friday, August 6th, and some key changes to jobs like Beastmaster. The announcement came as a surprise to fans, given that there had been scarcely an update of any kind since 2015’s Rhapsodies of Vana’diel. Matsui has clarified that this is not an expansion, merely a content update.

The update so far includes a few new characters: the Galka “Raebrimm,” Hume “Brygid,” and mysterious Goblin “Gloom Phantom,” the aforementioned changes to Beastmaster (details can be found on above forum post), and some new items. Square Enix has since released screenshots of each character and some key art for the new content.