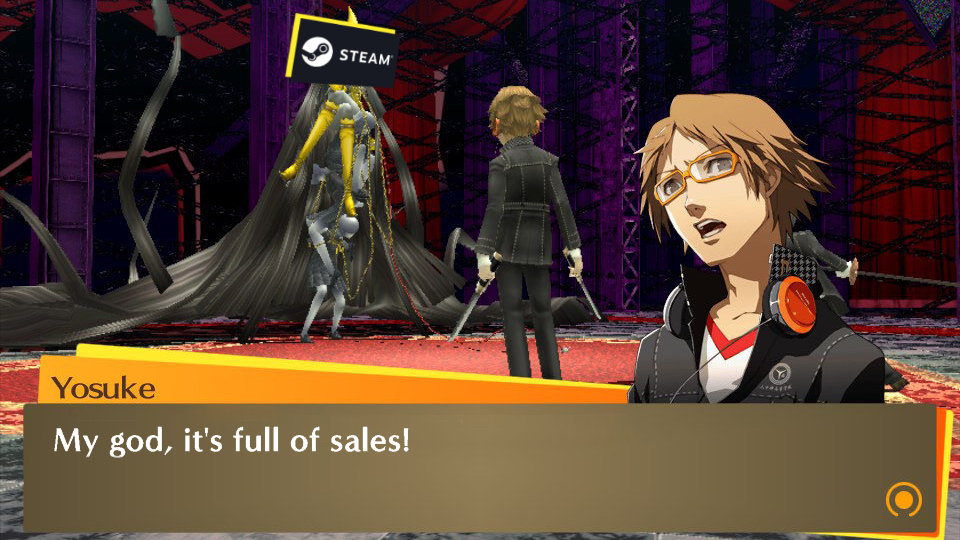 Following their Fiscal Year Ending March 2021 Q1 results, Sega Sammy has started talking about Persona 4 Golden and how its PC sales have helped bolster faith in more Persona games being released off-consoles. The company held an investor Q&A on August 5th with President and COO Haruki Satomi and Senior Executive Vice President and Group CFO Koichi Fukazawa. The pair discussed how Persona 4 Golden‘s strong PC sales had surpassed expectations, and then went on to comment that they were looking at “…measures such as preparing PC versions of the titles from the beginning, with multi-platform releases in mind.”

This mention of “titles from the beginning” may imply that games such as Persona 1 and both halves of Persona 2, older mainline Shin Megami Tensei games, and other related properties may be on the horizon for PC users. Where Persona 4 Golden on the PlayStation Vita reached around 324,000 lifetime units, the Steam version’s sales exceeded that in just one month, topping 500,000. For a game that’s a little more than a decade old, such sales figures are no small feat and have clearly impressed Sega Sammy’s executives.

What classic Atlus titles would you like to see come to Steam? Would you want them to be straight ports, or have enhancements like HD graphics? Leave us your thoughts in the comments below!