Gather One, Gather All Event Brings Yo-kai Watch Back to Final Fantasy XIV 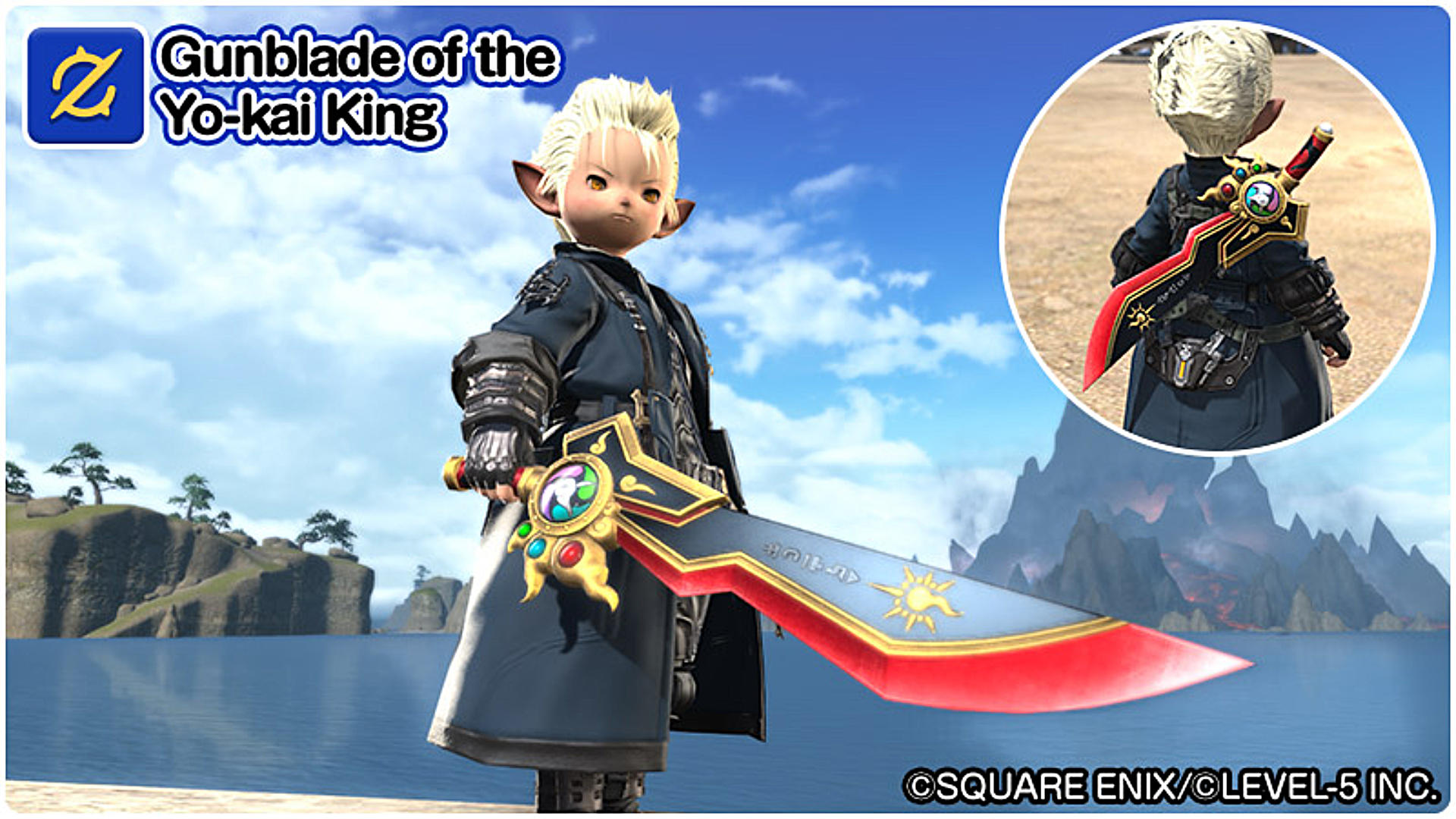 Gather one, gather all, Yo-kai Watch! That’s how the song goes, right? In any case, Level-5’s mega-popular creature collecting franchise is once again collaborating with Final Fantasy XIV. The Gather One, Gather All event will be live until the release of Patch 5.4, whenever that may be, giving players plenty of time to collect a whole host of Yo-kai Watch-themed goodies.

The event is open to all players who have made it to Level 15, including those who recently jumped on board to Final Fantasy XIV thanks to its newly expanded free trial. Speak to the poor-heeled youth on the Steps of Nald in Ul’dah and he’ll get you started. Taking part in FATEs in designated areas will allow players to earn Yo-kai Medals, which can then be put towards collecting new Yo-kai minions, mounts, and weapons. Learn more details about the event on the official website.

Stay tuned to RPGFan for more coverage of Final Fantasy XIV! Be sure to read our review of the game’s most recent expansion, Shadowbringers, if you haven’t already.