Don’t Let Your Rice Fall to Ruin in Sakuna: Of Rice and Ruin 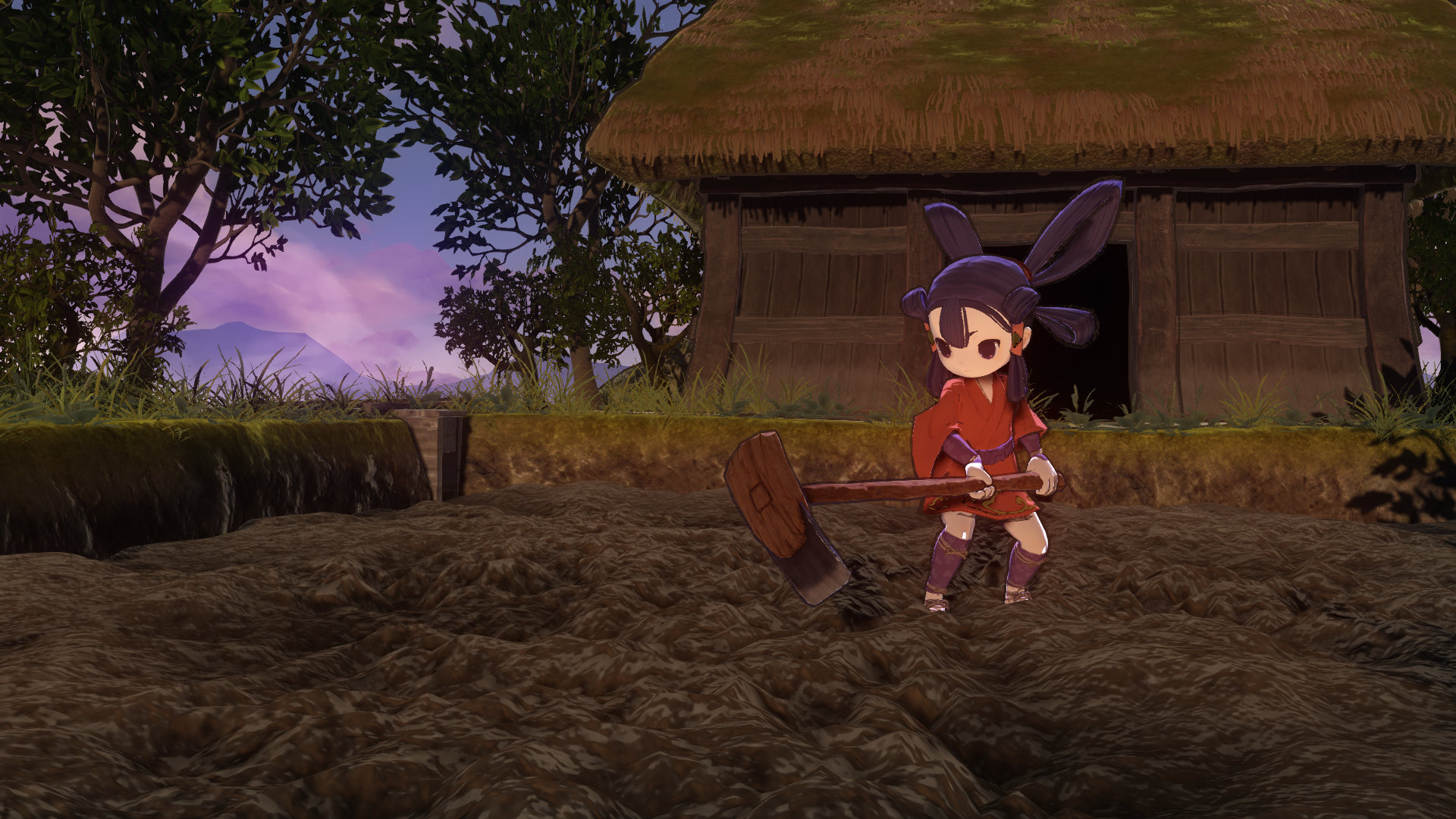 In what is sure to be the most in-depth single-crop farming feature in the history of action RPGs, Marvelous has recently updated the official Japanese website for Sakuna: Of Rice and Ruin, giving us all the step-by-step road to rice that we never knew we needed.

The first thing players will need to do is plow the field, removing rocks to clear the land. You can equate this step with the initial seasonal tasks in Stardew Valley, but an important distinguishment between the two games is that in Sakuna: Of Rice and Ruin, you’ll technically be able to advance to the next step without performing an admirable job. If that happens, your rice plants’ roots will suffer diminishing returns as they attempt to spread.

After you’ve plowed your way to perfection, you’re going to need to mix together some mud and salt whilst sorting titular protagonist Sakuna’s seed rice. Doing so causes your lower-grade rice to float to the top, allowing you to discard it in your search for only the best damn rice in the world. (As an aside, is it just me or do old samurai movies always, always showcase this part of the process?)

Raising your seedlings in cute little boxes and then planting them comes next, but, as is the case with just about every step, you’ll want to be careful along the way. If you keep your seedlings relatively far apart from one another, your chances for a higher-quality crop improve, but you’ll be foregoing the opportunity for a larger yield. As for planting, it’s important that you learn how to determine the best distance between your seedlings; too close or too far, and shenanigans may occur, as shenanigans are clearly wont to do in this game.

If you’d like, or if you simply don’t have the chance to do otherwise, you can hand off some of the work to your pals. Unfortunately, it seems that your pals just don’t have it in them to be the master of all things that you are, so expect a somewhat lower quality and yield. My favorite part, however, is that you can task some animals to pitch in as well. Cows, for example, can assist in plowing the field. But ducks (and who doesn’t love ducks?) can eat harmful insects to keep your crops disease-free.

From there, Marvelous’ frankly marvelous rice-farming coverage goes into the laborious ins and outs of watering, fertilizing, and weeding. Along the way, Sakuna’s farming know-how will increase, meaning that the next time you’re going through this whole shebang, you’ll have an easier time of things. You can even direct Sakuna to pray for changes in the weather, which in this writer’s mind is a lovely touch. After that, it’s on to harvesting, drying, threshing, and hulling, the latter two words I’ve ignorantly never applied to the production of rice in my entire life. Thank you, upcoming RPG, for genuinely teaching me stuff.

Sakuna: Of Rice and Ruin plants its roots on PS4, Switch, and Steam on November 10th in North America. Japan gets the game two days later, with Europe and Australia rounding out the reaping on November 20th.