Posted by Peter Triezenberg on September 27, 2020 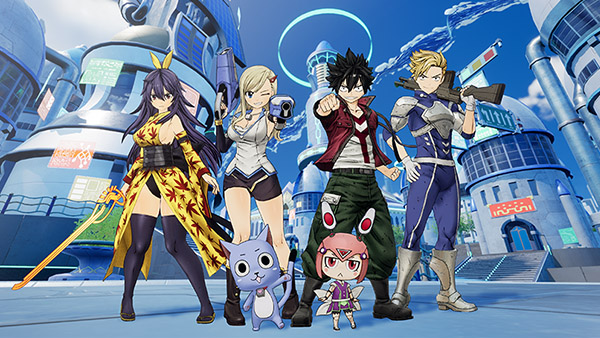 …look, I’m not saying it’s weird to be getting an RPG based Edens Zero right after we got one of another Hiro Mashima franchise, Fairy Tail, but it is weird to see not just one, but two new games from Konami! That’s right, Konami has announced a pair of games based on the sci-fi adventure manga Edens Zero, presumably to coincide with the April 2021 release of its anime adaptation. One of these games is a third-person console action RPG, while the other is a top-down mobile game.

You can watch a teaser trailer for the console game below!

Looks sharp, but what about that mobile RPG? Lest we be accused of anti-mobile game sentiment, here are some screenshots.

I gotta say, I know nothing about this particular franchise, but I’m getting a kind of Star Ocean vibe from this, and that’s ok with me! Specific platforms or release dates weren’t yet announced for the Edens Zero games but we’ll let you know as we learn more, so stay tuned to RPGFan! You can also check out the games’ official website.