Shiren the Wanderer: Tower of Fortune and the Dice of Fate To Recieve New Dungeons and Features 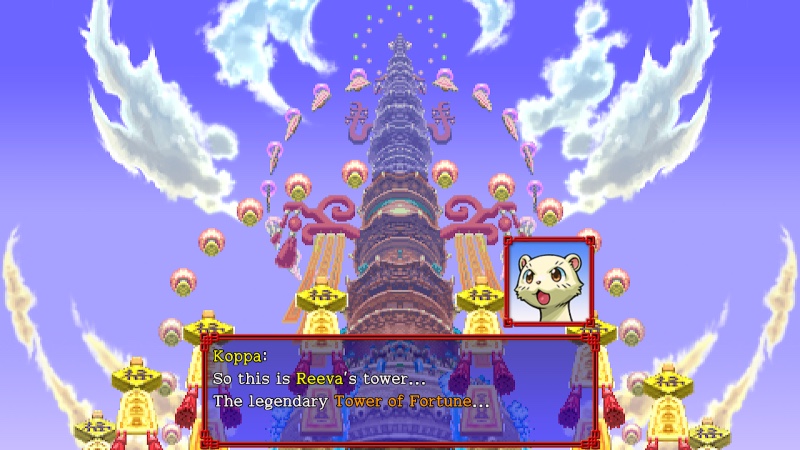 Spike Chunsoft has announced that Shiren the Wanderer: Tower of Fortune and the Dice of Fate will receive three new dungeons and several player-orientated features set to bring this classic rogue-like RPG hybrid into the new decade, showcasing the adventures of protagonist Shiren as he climbs the tower alongside Koppa, his faithful, furry sidekick.

The additional dungeons, unlocked after the main game has been completed, are named Bladeless Wasteland, Cloister of Certain Doom, and Garden of Destiny, each aiming to test player ingenuity and tactical skill within their depths. Bladeless Wasteland deprives players of weapon drops within the dungeon, encouraging any and all ranged attacks to successfully navigate its dangerous depths. Cloister of Certain Doom challenges players innate sense of judgement, asking them to clear a dungeon within a certain turn limit, greatly rewarding them if they successfully reach it. Lastly, the Garden of Destiny gives players the chance to net huge experience in any battle, as long as they defeat their opponent in one strike. If they fail, the experience gains fall dramatically with each passing turn.

Shiren the Wanderer: Tower of Fortune and the Dice of Fate is also set to add a music collection, a rescue system where players can request someone, over the internet, to help them if they collapse within a dungeon, a ranking system tracking top dungeon scores and rescue attempts on a worldwide level, and, lastly, a Live Display where information such as status, items, abilities, gameplay time and dungeons can be toggled on and off, built specifically for streamers in mind.

Shiren the Wanderer: Tower of Fortune and the Dice of Fate is set to release on December 2nd in North America for Nintendo Switch and Windows PC, via the Steam store.