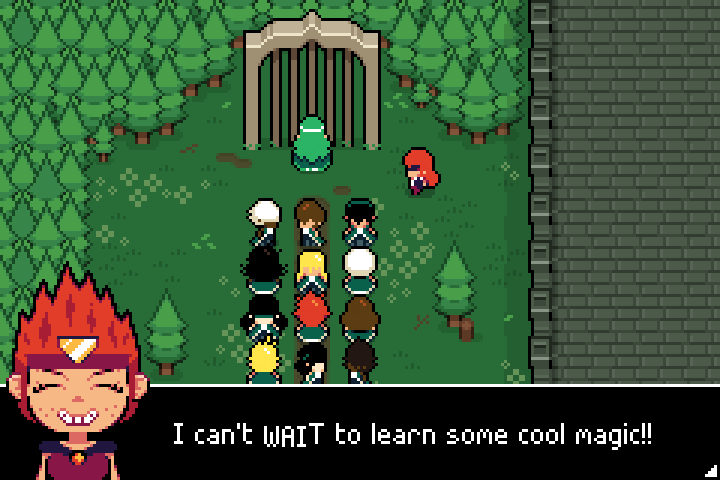 Humble Games and Happy Ray Games have released a new gameplay trailer for their upcoming title Ikenfell, a turn-based RPG telling the story of inquisitive children seeking to understand the purpose of a vast and magical school, plumbing for deeper mysteries within its halls and depths. The trailer itself showcases a lengthy slice of both exploration and combat, from two different sections within the game. Check it out below!

As seen above, Ikenfell showcases its combat on a grid-based field, akin to Megaman Battle Network, where players will need to time button presses successfully to achieve maximum damage or healing on enemies or allies respectively. Exploration within Ikenfell hearkens back to nostalgic RPGs, using an isometric view to frame protagonist Maritte, as players work through light puzzle-solving aspects, as seen through the walled mazes that barred Maritte from progressing through the forest with any sense of ease. As it stands, Ikenfell looks to be a promising addition to the canon of RPGs that centralise themselves within the nostalgic art styles and combats of yesteryear, with the modern sensibilities that the genre provides.

Ikenfell is set to release on PlayStation 4, Xbox One, Nintendo Switch, and Windows PC, via the Steam storefront on October 8th. Stay tuned to RPGFan for all news Ikenfell and RPG!