Posted by Peter Triezenberg on October 27, 2020 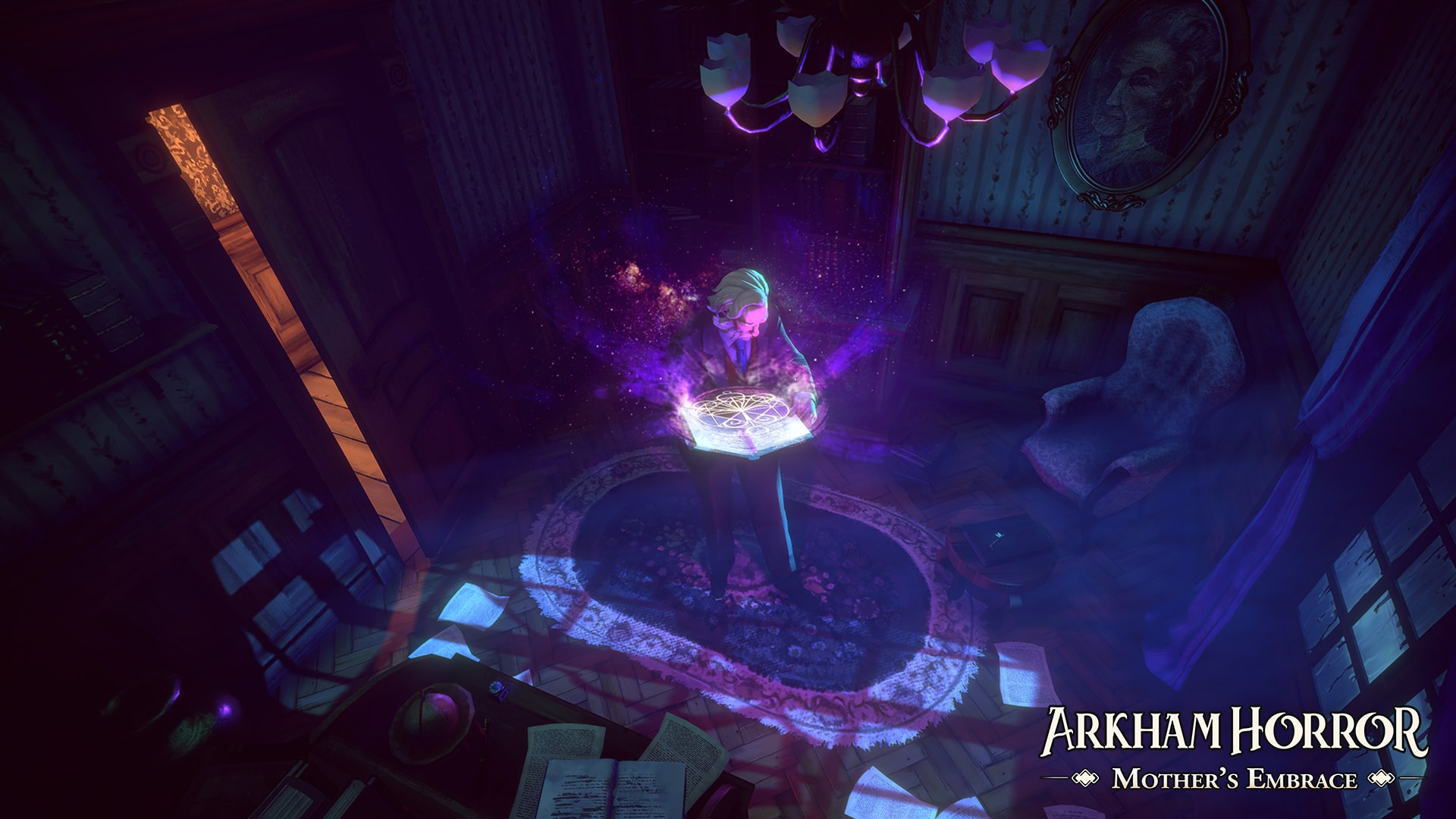 Asmodee Digital and Artefacts Studio have announced that a new game based on an iconic board game. Arkham Horror: Mother’s Embrace, previously announced as Mansions of Madness: Mother’s Embrace, is a tactical, squad-based interactive adventure that combines RPG combat with exploration and investigative elements. Players can choose from 12 different characters from the Arkham Horror universe and set about uncovering the Lovecraftian terrors that lie in wait, battling for their survival and their sanity.

Check out some new screenshots and a synopsis from Asmodee Digital below!

As investigators face off against Lovecraftian horrors, they will descend deeper into the depths of madness, affecting their level of sanity and causing traumas that will impact the course of their investigation. Along with facing curious science, living nightmares and a sinister cult, players will combat an array of enemies in turn-based combat, all while attempting to retain their sanity. Developed by Artefacts Studio and featuring an original story, Arkham Horror: Mother’s Embrace plunges players into the engrossing pulp world of 1920s America to combat unseen supernatural and psychological horrors true to the Lovecraftian spirit.

Arkham Horror: Mother’s Embrace will launch in 2021 for PlayStation 4, Xbox One, Nintendo Switch, and PC via Steam. It will retail for $19.99 USD. Stay tuned to RPGFan for more information!