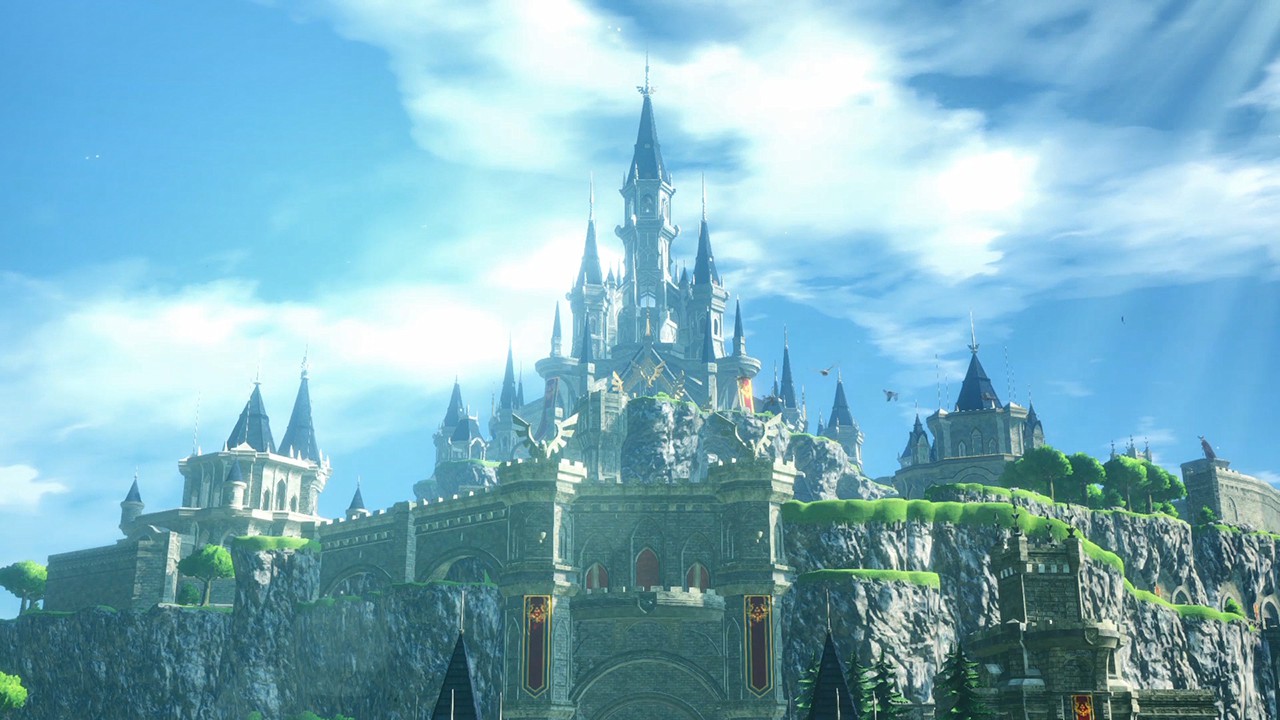 There aren’t many reasons against checking out the Hyrule Warriors: Age of Calamity demo on Nintendo Switch. This hefty preview includes the first chapter of the Breath of the Wild prequel — and it’s not at all a light first chapter. From getting accustomed to gameplay to starting the story with a number of bangs, the Age of Calamity demo serves as a fantastic head-start for those who eagerly await the title’s November 20 release, as well as a great primer for those who may be uncertain if the Hyrule Warriors formula is for them.

“Chapter 1” includes two main battles: The Battle of Hyrule Field and Road to the Ancient Lab. Players are introduced to basic gameplay mechanics here and are given access to three playable characters: Link, Impa, and Zelda. The Battle of Hyrule Field has players mowing down enemies and capturing bases, some of the most basic Warriors fare. Road to the Ancient Lab adds in some unique conditions like setting up a trap and leading a Guardian into it, setting the stage for potential diversity in subsequent chapters. There are also three “challenges,” or shorter battles, that players can tackle with a character of their choice. These further reinforce mechanics established in the main chapter battles, such as using Sheikah Runes and items in the midst of a brawl or using terrain elements to take out swarms of enemies at once. The main chapter battles are just long enough to instill a proper sense of scale without feeling like a slog, while the shorter challenges provide quick bouts to try out each of the three available characters in a practical setting.

Each character combines basic and strong attacks uniquely in addition to using items and Sheikah Runes in an individual way. They also have an entirely distinct action that activates when pressing ZR, which further diversifies their playstyles. Link cleaves through enemies by stringing together attacks using his sword and bow. Impa sets and absorbs sigils to create duplicates of herself that empower her attacks and Zelda uses the power of the Sheikah Slate to offensively handle or set obstacles that can be strategically detonated. Both challenges and the main chapters can be replayed as often as desired, so players can always come back to try out any of the three characters, leveling them up, obtaining loot, and getting some of that all-important practice in the process.

Drops from these battles are used in “quests.” Quests pop up throughout Hyrule and require certain materials. Providing those materials earns players a reward. This includes establishing shops that sell even more materials, unlocking additional hearts or combo extensions for specific characters, or even learning cooking recipes. Once a recipe is learned, it can be used before embarking on a battle to provide various benefits — so long as you have the ingredients, of course. There is also a blacksmith to unlock, giving players a taste at forging their found weapons to improve stats and even granting additional skills.

Players are also given a taste of Chapter 2 — the four battles it hosts appear on the map but cannot be accessed until Age of Calamity‘s full release. But that doesn’t stop the demo — players can continue to challenge battles, level up their characters, complete quests, and strengthen their weapons until November 20, when the demo’s progress can be ported over to the full game. Age of Calamity is already shaping up to be an enjoyable romp for fans of the genre, but for those who remain unsure, the nature of the demo is sure to quell any concerns.