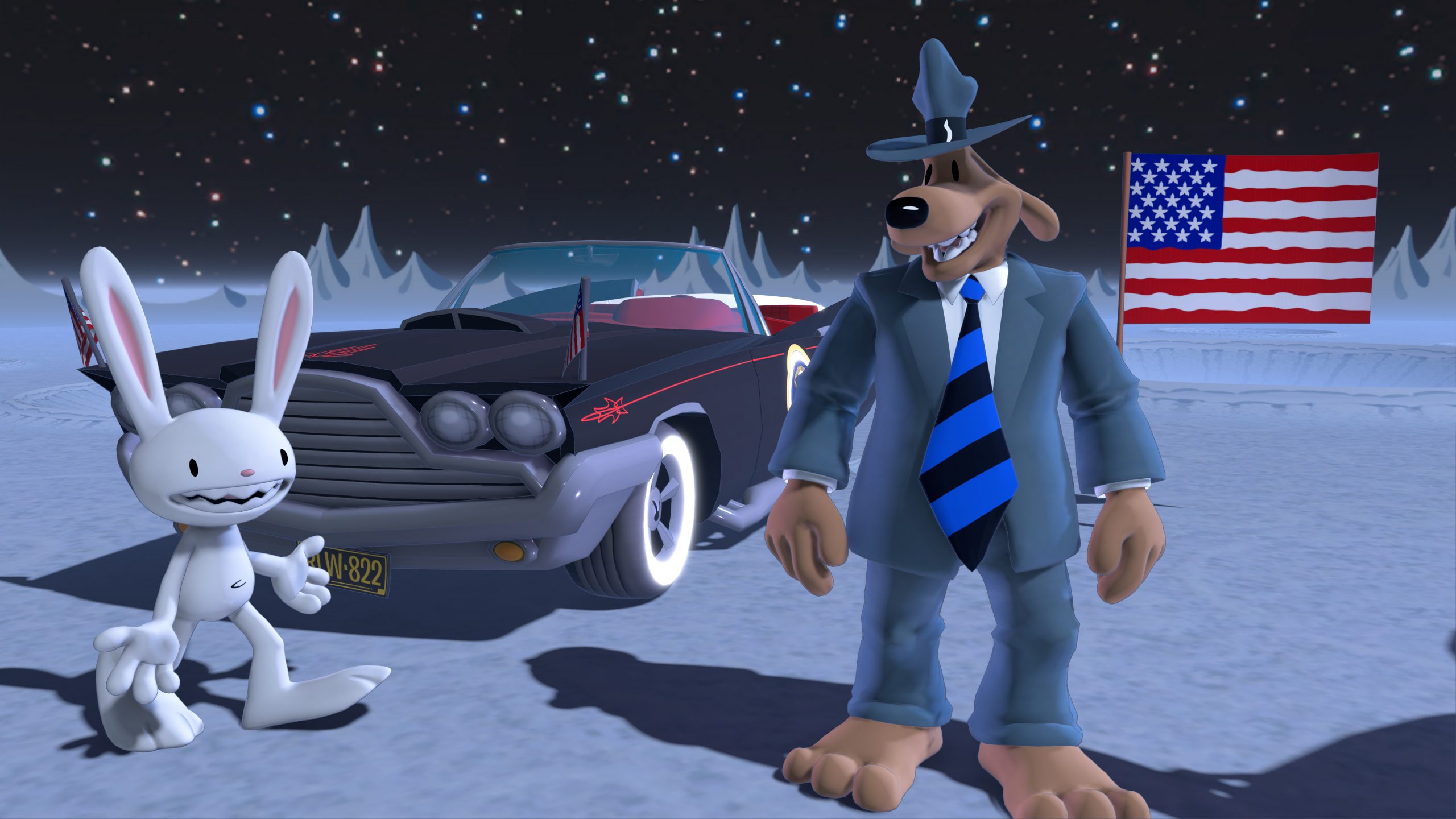 Sam and Max are back on the case! Skunkape Games, an indie studio comprised of former Telltale Games employees, is releasing Sam & Max Save the World – Remastered for PC and Nintendo Switch on December 2nd. The remaster takes the first season of Sam & Max and improves the graphics, music and gameplay.

Watch the premiere trailer for Sam & Max Save the World – Remastered below:

Created by comic artist Steve Purcell, Sam and Max are a six-foot canine detective and a hyperkinetic rabbity-thing who dole out their own brand of comedic justice as the Freelance Police.

In Sam & Max Save the World, the duo investigate a hypnosis plot that spins to global proportions to involve washed-up child stars, the media, the mafia, the US government, the internet, and the bright side of the moon. A wacky story, brain-tickling puzzles, eccentric characters, and oddball humor provide a casual gameplay experience that was billed as “gaming’s first sitcom” upon its original release.

About the Remastered Version While the episodes were highly reviewed and won several awards, the series was a product of its time — a 3D game made with an early version of Telltale’s engine, that was created for download before high speed internet and platforms like Steam were commonplace. Compressed graphics and sound and the technical limitations of the day made for a game that shows its age in 2020.

Sam & Max Save the World Remastered addresses these issues and more with overhauled graphics, gamepad support, restored audio, and numerous additions and tweaks made possible by the evolution of the development tools and the team’s subsequent experience. For more details about what has changed in the remaster (and what hasn’t), check out the Sam & Max Save the World Remastered FAQ.

You can pre-order Sam & Max Save the World – Remastered on the eShop, Steam and GOG for $19.99 USD. If you previously purchased the original Sam & Max Season One on Steam and GOG, you can receive a 50% off discount for the remaster until December 31st. However, if you purchased the first season through Telltale’s official website, you can claim a Steam or GOG key of the original release to then take advantage of the remaster discount by visiting Skunkape Games’ website.

With the unfortunate closing of Telltale Games, it is a relief that their titles aren’t being lost to the sands of time. Skunkape Games acquired the rights to Sam & Max right after Telltale’s closure back in 2018. Stay tuned to RPGFan as learn more about this remaster and hopefully future remasters of Telltale Games’ backlog!