New Taiko no Tatsujin: Rhythmic Adventure Pack Trailers Show Us How to Adventure to the Beat 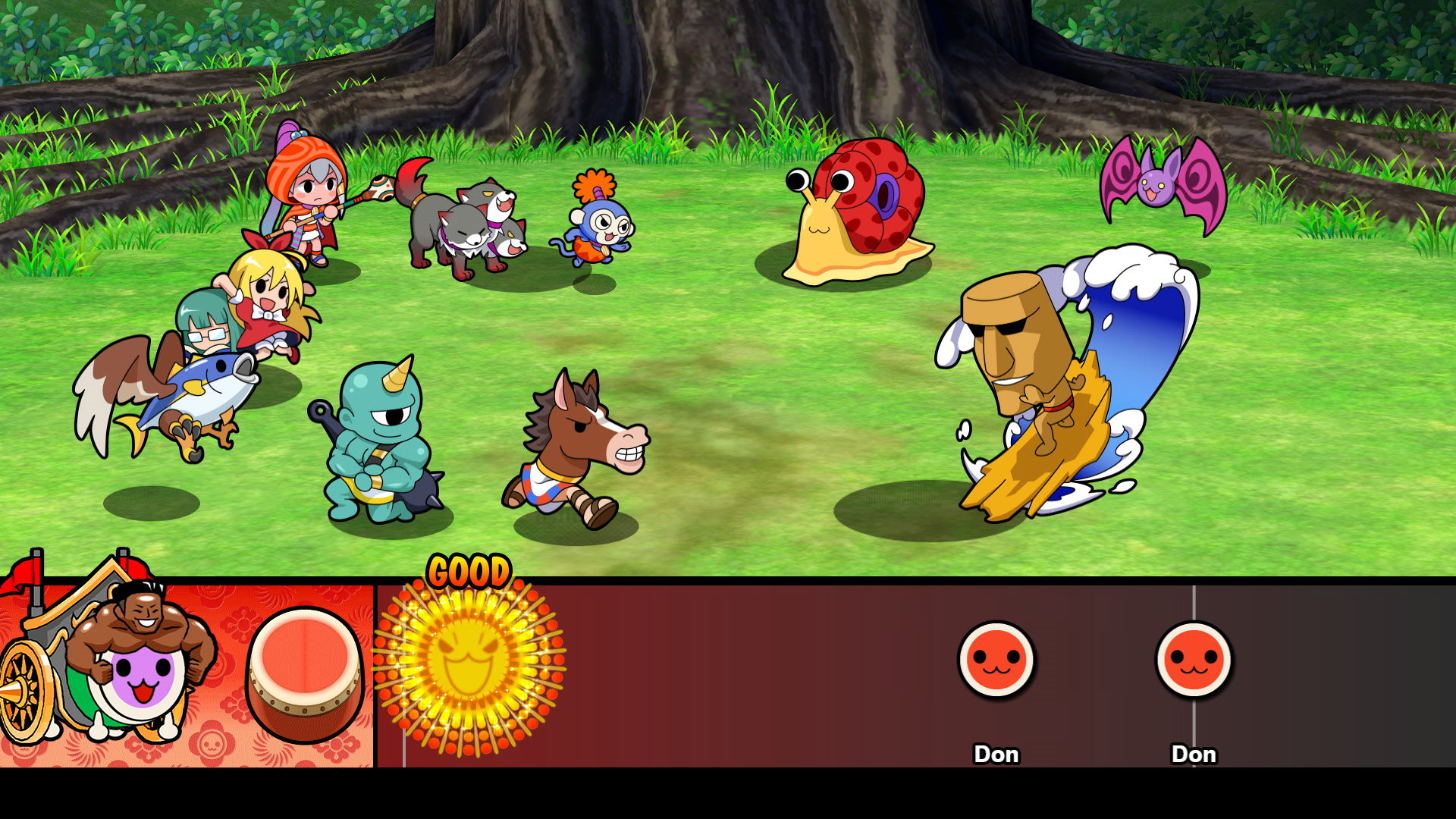 If there’s two titles I didn’t think we’d ever get here in the West, then Taiko no Tatsujin: Rhythmic Adventure 1& 2 were definitely it. But we’re just weeks away from both games, aptly titled Taiko no Tatsujin: Rhythmic Adventure Pack, on Nintendo Switch. In anticipation of the game’s release, Bandai Namco Entertainment have released two new trailers, highlighting each game from the double pack.

Let’s jump into the Rhythmic Adventure 1 trailer, which shows adorable taiko drum hero Don-chan embark on a time travelling adventure in order to save history:

Yes, that really is a little drum wearing a pirate hat. And yes, Don-chan is out there, saving the likes of Oda Nobunaga and Cleopatra from terrifying demons… I mean, who am I kidding, everything in this game looks ridiculously cute!

The trailer for the second half of the pack, Rhythmic Adventure 2, doesn’t let go of the adorability factor, but it swaps swaps time-travel for real travel. As Don-chan, you’ll traverse the glove to rescue priceless artifacts that have been stolen by the Sorcery Society called Hexaglia. See for yourself:

You can’t have too much percussion RPG fun right? Both games are very similar, but with different worlds and scenarios to explore, it’s easy to see just how addictive this could be. In the Performance Battles—which see you move the Joy-Cons in time to the beat to attack enemies—don’t quite do it for you, you can play Classic Mode, which lets you play through 60 songs, including six new ones for this double pack, in a style much closer to the main Taiko no Tatsujin series.

The last thing I want to highlight from the trailers is the ability to befriend monsters in both games. So you can build your own death army of cuteness, from small, lemon-yellow dinosaurs with egg shells on their heads, to the most harmless looking Venus flytraps with teeth, to challenge stronger enemies. There’s over 100 in each game, which is way too much for a marching band, but perfect for bopping away against your foes.

Taiko no Tatsujin: Rhythmic Adventure Pack releases on December 3rd on Switch. Unfortunately you can’t use your Donkey Konga bongos with this, but if you can pick up the official drum set from Bandai Namco’s EU store or the North American store.