Failbetter Games Announces Mask of the Rose, A Romantic Prequel to The Fallen London Universe 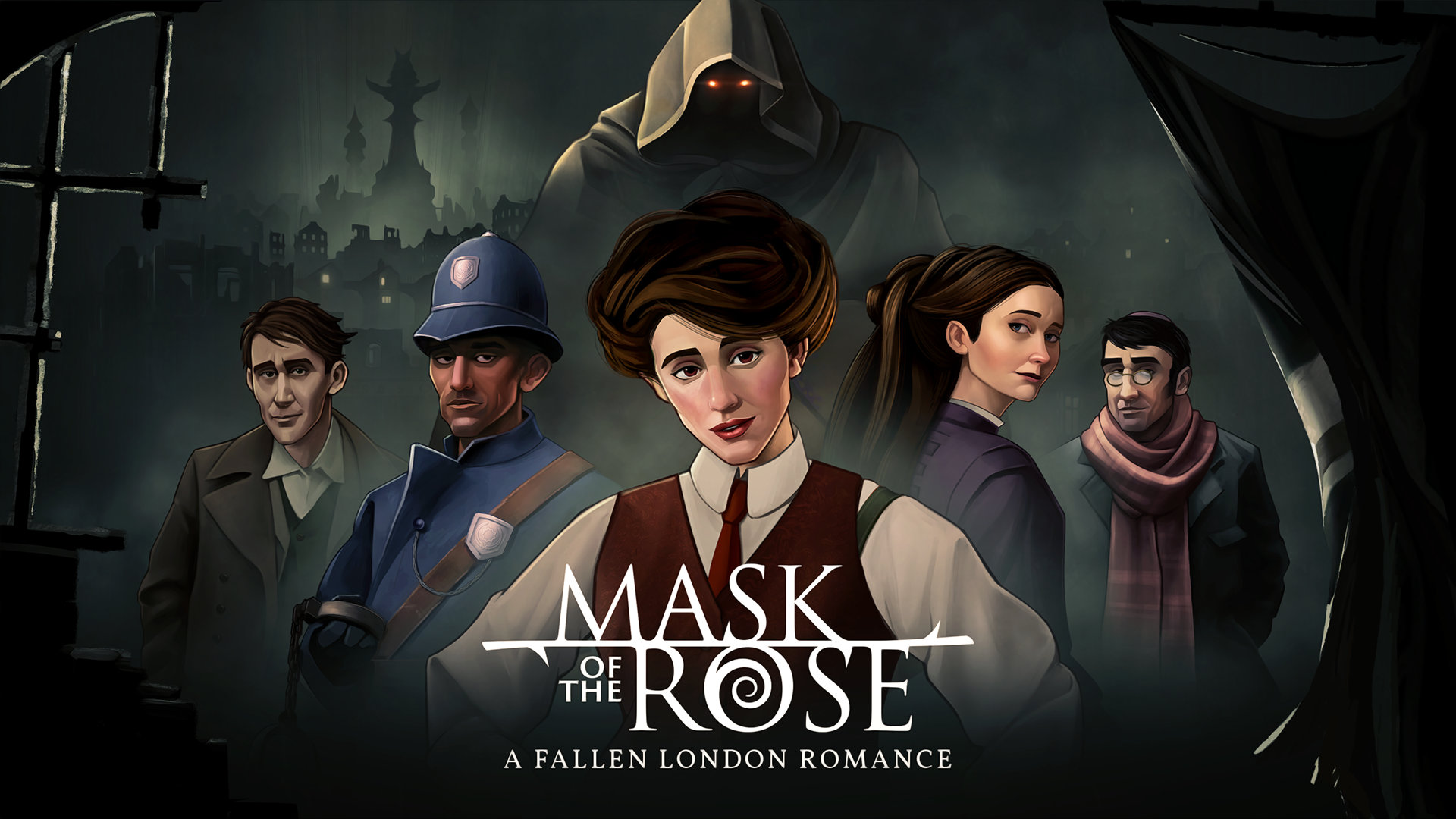 From a developmental perspective, the Fallen London universe is a tale of humble roots. What began as a browser game gradually blossomed into something bigger: a pair of cult hits called Sunless Sea and (the utterly terrific) Sunless Skies.

Now that universe is expanding once again. And this time, expansion comes in the form of… a romantic visual novel.

With a delicious art style echoing Film Noir, Victorian photography, and Blitz-Era Britain, Mask of the Rose is a continuation of the painterly strokes first seen in Fallen London. It’s a beautiful thing—as has become tradition at Failbetter Games—and long-time fans should be thrilled by how seamlessly it fits into the Fallen London chronology. Straight from the source:

Mask of the Rose takes place in 1862, mere months after London was stolen by bats. Londoners are still adjusting to life underground. The old street signs are being erased. New ministries and new festivals are being established. The mysterious Masters of the Bazaar seem to be in charge.

You share your boarding house with a few other lodgers: Archie, a medical student discovering firsthand that Death works differently here. Griselda, a close aide of the new Masters. Horatia, the landlady with a soft spot for the Neath’s native inhabitants. Harjit, the local constable looking for a missing person of his own.

If you happen to be a Fallen London newcomer, welcome to its unique flavor of dystopia; London fell in full into a sprawling cavern beneath the earth and the Masters of the Bazaar are the inhuman beings with hidden agendas within hidden agendas. That’s just the tip of the iceberg for what makes Fallen London tick. The chance to experience what life was like for Londoners just after the fall means Mask of the Rose will be breaking new ground as we see the terrifying world through frightened eyes almost as unaccustomed to the sweeping societal changes as we are.

Failbetter Games will run a Kickstarter campaign for Mask of the Rose in February. There’s presently no word on a release date but RPGFan will let you know as soon as that changes!