The Legend of Heroes: Kuro no Kiseki To Launch in Japan During 2021 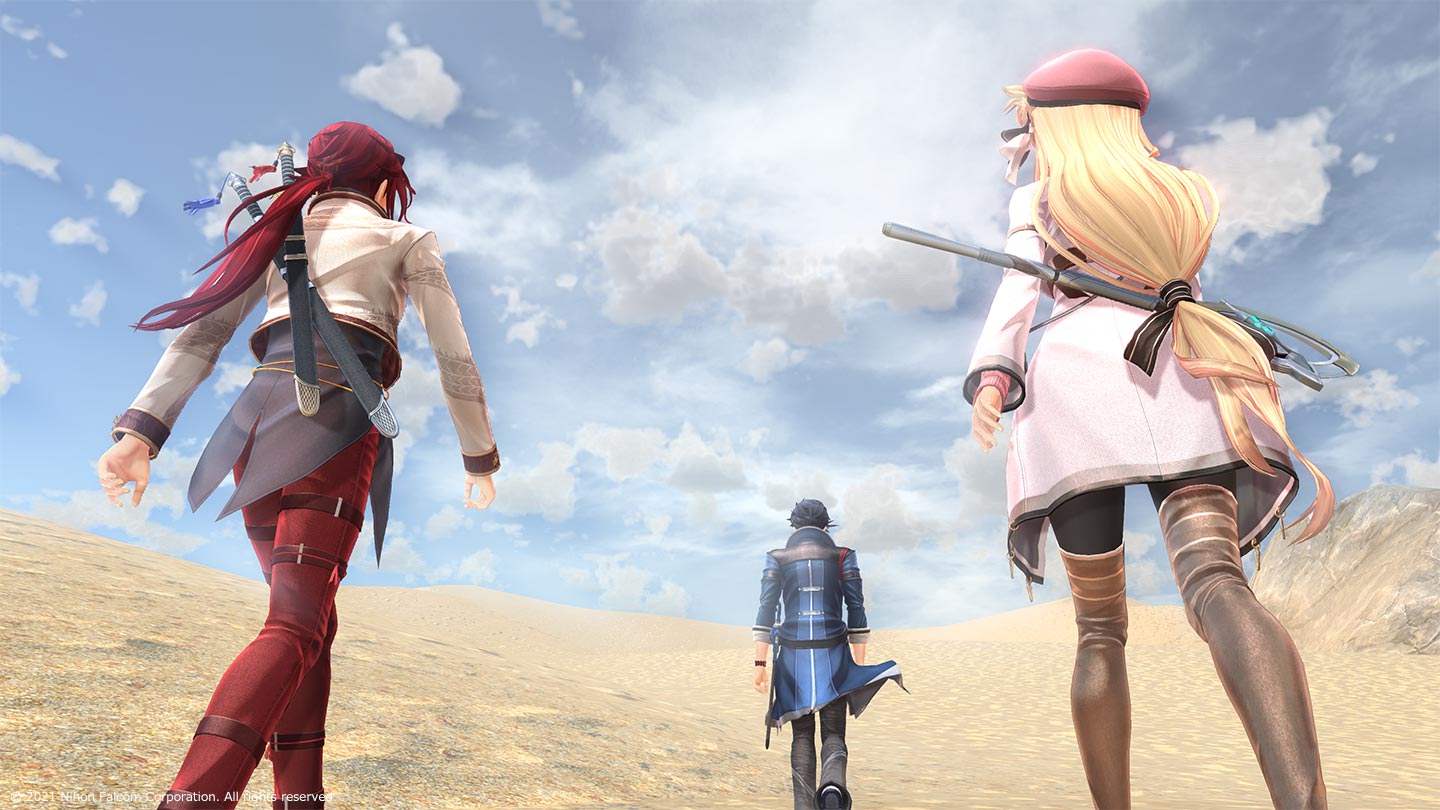 Falcom has unveiled the existence of The Legend of Heroes: Kuro no Kiseki (Trails of Black), the next entry in the long-running Trails (or Kiseki) franchise, within the latest issue of Weekly Famitsu. The title is set to launch in Japan sometime during 2021, with no Western localisation or release announced as of yet.

Alongside the announcement, Weekly Famitsu interviewed Toshihiro Kondo, president of Falcom, about the status of the game, its development, story, setting and inspirations.

Kondo stated that the setting of The Legend of Heroes: Kuro no Kiseki would be in the year S.1208 and in the Republic of Calvard, one of two superpowers within Zemuria, the world that the Trails series is set in. Keystone influences for Calvard’s culture are a fusion of Eastern Europe, the Middle East, and Asia. Kondo also commented that Calvard feels a little smaller when compared to Erebonia, the setting of the The Legend of Heroes: Trails of Cold Steel arc, though the scale of the map will most likely equal it in terms of lateral size.

The story itself will be focused on the ‘grey zone’ of society, with the characters representing that in terms of profession and theme: a detective, a bounty hunter, and negotiator, with more to be revealed. A new system, ‘Alignment Flame,’ will allow the player to change aspects of the story, on a three-tiered scale of ‘Lawful,’ ‘Grey,’ or ‘Chaotic’ through their actions and choices, though it will not change the core events that will play out in the story itself.

Kondo emphasised that the game engine that The Legend of Heroes: Kuro no Kiseki is being developed in is entirely new, promising dramatic improvements for character modeling, with character motion provoking a different feeling than has previously been seen within the Trails series. The content in the game will equal the content found in a Trails of Cold Steel title, with a distinct focus on reducing the roster of playable characters to a tighter total amount, due to the nature of the protagonists’ work prohibiting a large character count. Kondo also emphasises that ninety percent of the cast of The Legend of Heroes: Kuro no Kiseki will be entirely new, with the remaining amount being characters that are highly anticipated by fans.

Combat will be seamless from movement to battle, with commands (player inputs) shifting from pausing mid-battle into real time with little delay. Previous systems found in the Trails of Cold Steel franchise, such as Combat Links or Brave Orders, will not make a reappearance, though Kondo states that a new system has taken their place that he states is “quite amazing.”

Phew! As always, the march of the Trails series continues forward, and personally, I could not be happier for it, specifically highlighting and occupying a niche within the market, that of high politics and character work.

If you’re curious about what in Erebonia the Trails series actually is but feel intimidated by its ten-plus game history, feel free to check out our extensive primer, penned by streaming extraordinaire Scott Clay. It inspired me to eventually—when my backlog ebbs a little—give it a shot! Mayhaps it will inspire you too!

Stay tuned to RPGFan for all news The Legend of Heroes and RPG!

1 Response to The Legend of Heroes: Kuro no Kiseki To Launch in Japan During 2021

I hope it sells well. Currently playing Trails of Cold Steel IV and I love it! Got hooked on by III, which in turn made me purchase 1 & 2.