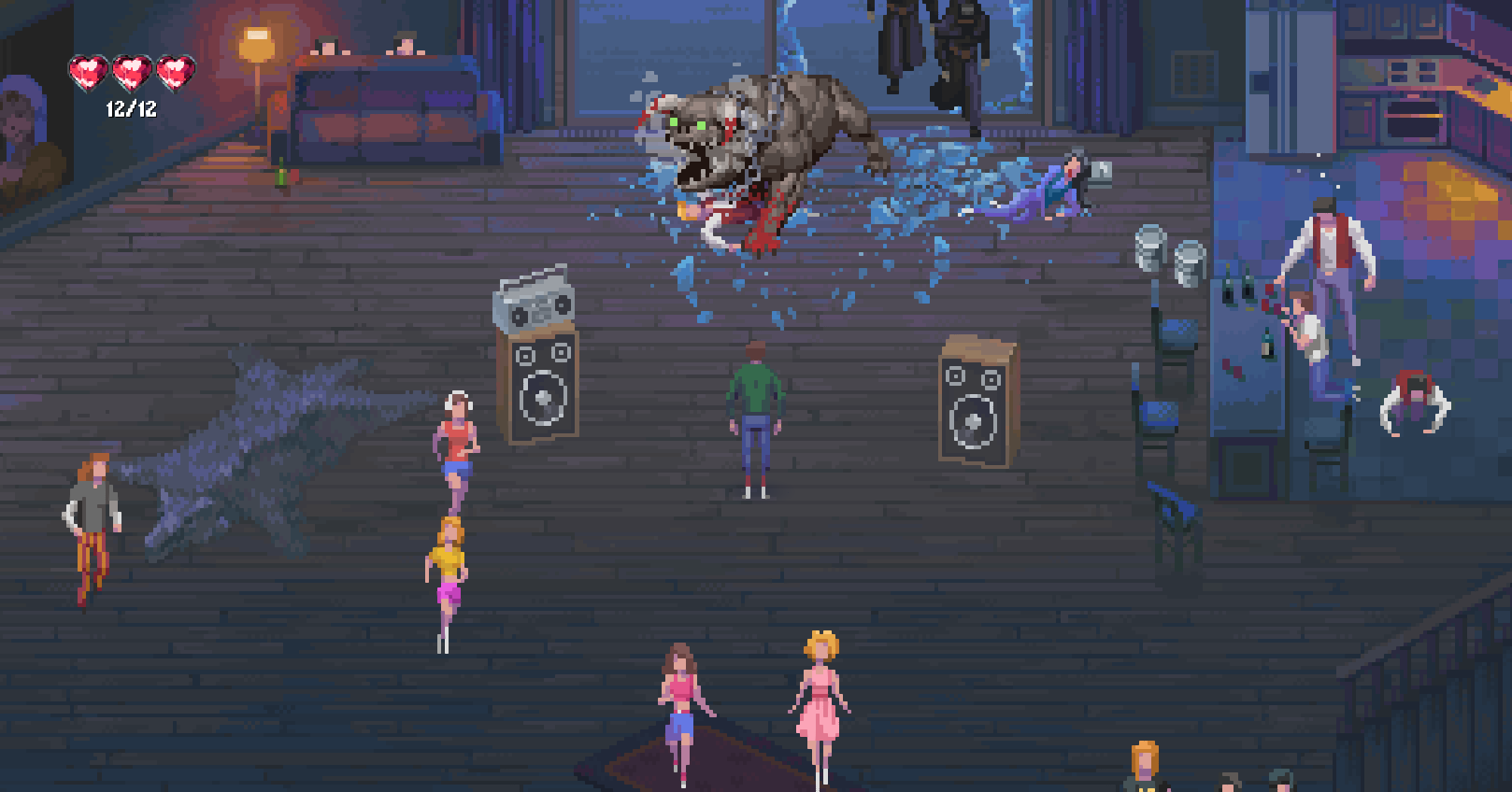 After celebrating a successful Kickstarter, Kingdom of Night looks to keep the door open for fans who missed out on snatching backer rewards. A Slacker Backer campaign is now available for people to contribute more to the project. Done through Fangamer, the Slacker Backer provides some of the digital and physical rewards during the original Kickstarter campaign, though not all of them.

To celebrate, developer Black Seven Studios and DANGEN Entertainment revealed a new trailer for the game:

This brand spanking new trailer reveals new gameplay footage along with a peek at the game’s rogue class, co-op multiplayer, and more.

About Kingdom of Night:

One night, in 198X, in the small town of Watford, Arizona, a satanic cult unwittingly summons the ancient evil, Baphomet, catapulting the town into chaos. John, awoken by the kidnapping of his neighbor, sets out into the night to fight back against the demonic invasion and rescue his friends before it’s too late. Kingdom of Night is an 80’s themed isometric, story-driven, action-RPG with an expansive, interconnected map and open-ended quest system. It is a game about coming of age, cosmic horror, and true love. The player takes control of John as his adventure leads him through an hour by hour experience of what may be everyone’s last night on Earth. He will encounter unearthly evils, Demon lords, afflicted townsfolk, high school bullies, and a torrent of engaging, serial-like side stories all nested in a larger-than-life fantasy that brings the ultimate evil to a neighborhood near you. Players can choose their own class, customize their abilities, battle nightmarish creatures, and collect unique items and equipment in order to infiltrate the massive lairs of demon lords that have taken over the town.

• Local Co-op Mode allows players to team up with friends

Kingdom of Night releases for PlayStation 4, Xbox One, Nintendo Switch and PC sometime in 2021. Stay tuned to RPGFan as we learn more!