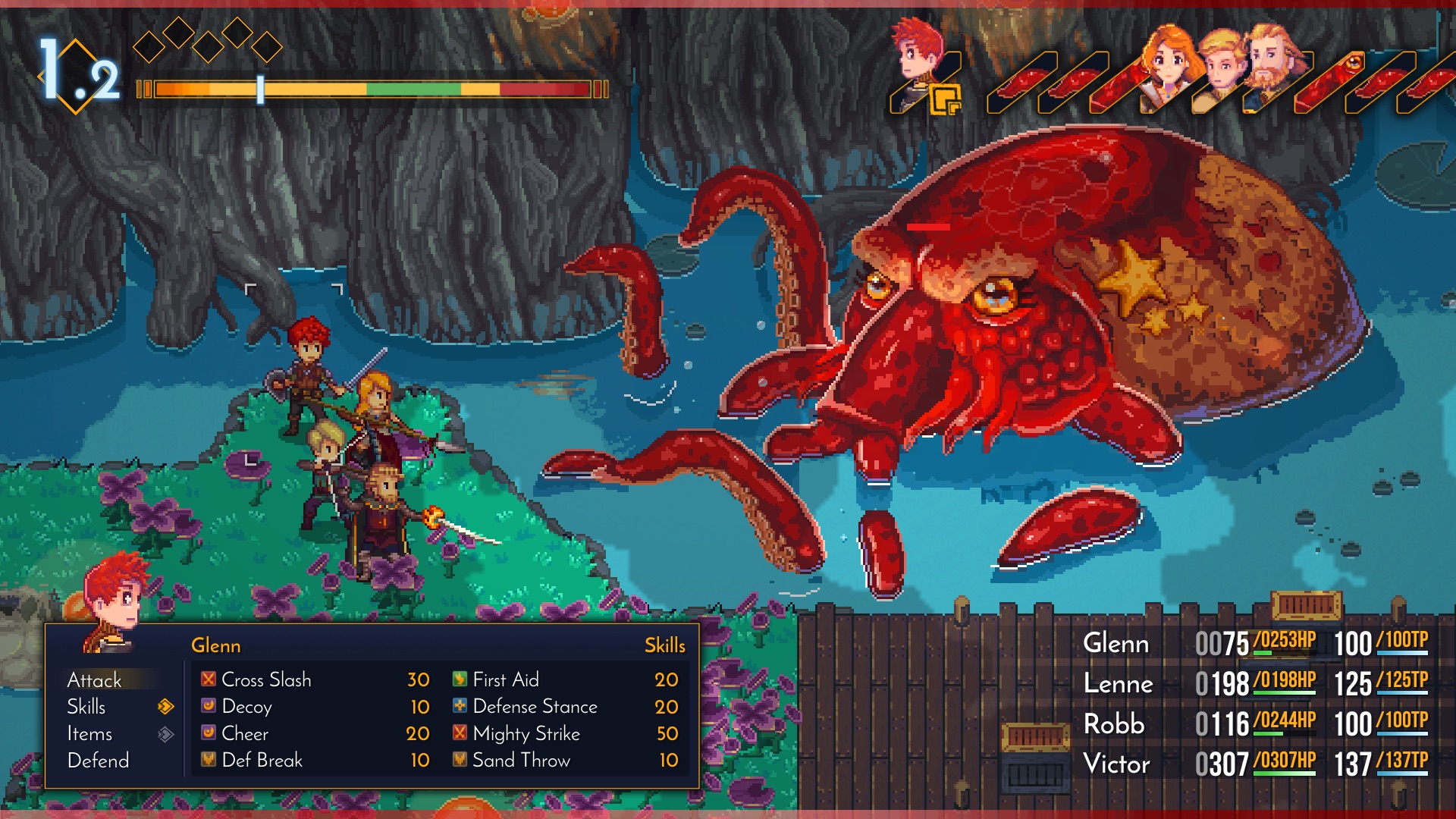 Deck 13 and developer Matthias Lindas have announced that their upcoming mech-laden JRPG Chained Echoes will feature music from popular mathcore band ZILF. Check out an announcement trailer for the partnership below!

As seen above, in a glorious affair, the collaboration is melded with one of the minigames present within Chained Echoes, that of positively terrific turtle racing. Shell-fless with their contribution, ZILF was asked to provide 15 seconds of music for the title, and jumped at the opportunity, stating that writing the backing track for the minigame itself was “…the most ZILF thing we’ve ever heard.” Nothing slow and steady about this one, players!

Though details on Chained Echoes story are light, the title promises to hearken back to pixel JRPGs of yesteryear, infused with modern innovation, promising a world free of random battles, a fast-paced combat system, and mechs which players can travel the wide world within.

Chained Echoes is set to release on Windows PC systems, Nintendo Switch, and PlayStation 4 at the end of 2021, though no specific launch date has been given. Stay tuned to RPGFan for all news Chained Echoes and RPG!

There's nothing about this game. It's just about Chrono Trigger/ Final Fantasy knock off with a white washed cast. Why can't people ever write about anything other than asian and white people when it comes to rpgs about sci-fi and fantasy? Do they think black people hate rpgs? That they hate FFs and Chrono Trigger? What is the problem with change?

Nothing new about this game I mean.

The game isn't even out yet, how do we know it's just a FF / CT rip off? Is any JRPG with 2D sprites automatically a CT rip off now...? The reason games like these tend to feature Asian / White cultural references and characters is because art from a particular group, or region, usually tends to reflect the demographics and ethnic traditions of said group / geography. Most developers of these games are usually Asian or from White Western countries, hence why this has become the norm for the genre. To the best of my knowledge, there aren't a bevy of budding RPG developers in Kenya or Zimbabwe being prevented from creating RPGs with black protagonists... If you're really keen on seeing that, then why not start a Kickstarter for an RPG with themes centered around black cultures? I agree that it's definitely something that would be cool to see explored. If someone filled that gap in the market then I'd be down to play it. I don't agree, however, that this means the current crop of RPGs can't be interesting or original unless they have members of group X, Y, and Z.