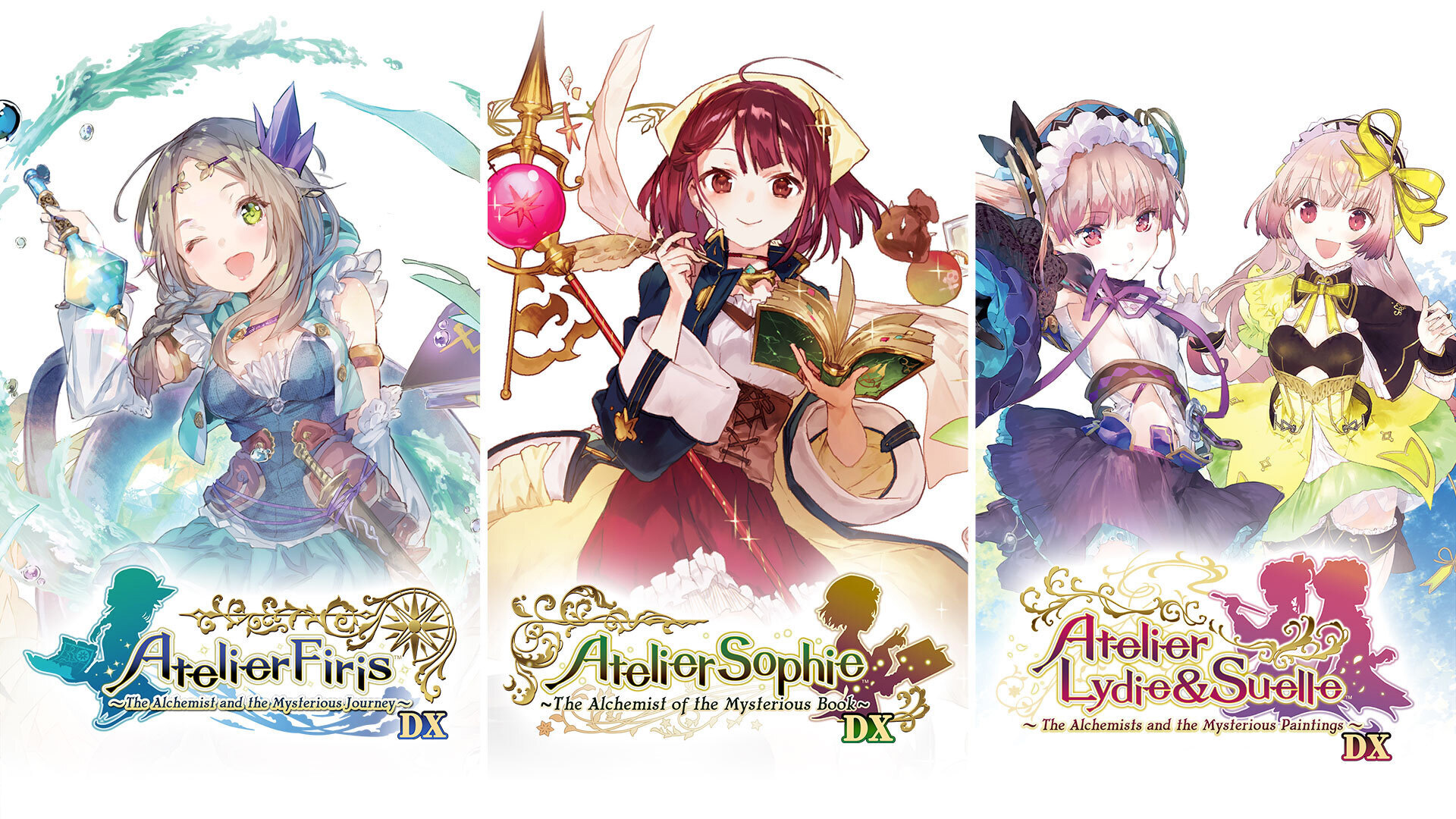 Atelier series fans rejoice! Sophie, Firis, Lydie, and Suelle are back in the workshop for a trilogy compilation of their respective games! Each game in the trilogy is being released as a “DX” version which includes all the DLC from their original releases, as well as bonus content designed specifically for this compilation.

Atelier Sophie, first in the trilogy, will feature an additional scenario where Sophie steps into the role of her late grandmother, reliving her adventures from when she was the town’s alchemist. Atelier Firis will have additional vehicles and items, as well a new set of quests that unlock a powerful new foe to defeat! Finally, Atelier Lydie & Suelle will introduce a new painting that takes them to the world of Nelke & the Legendary Alchemists, where they must help develop the city and defend it against all new enemies.

As if that wasn’t enough bonus content for the enterprising alchemist, fans can also look forward to extras like a photo mode, an option to speed up battles, and a digital artbook to peruse!

This impressive bundle will be launching on Nintendo Switch, Sony PlayStation 4, and Steam on April 22nd, 2021.