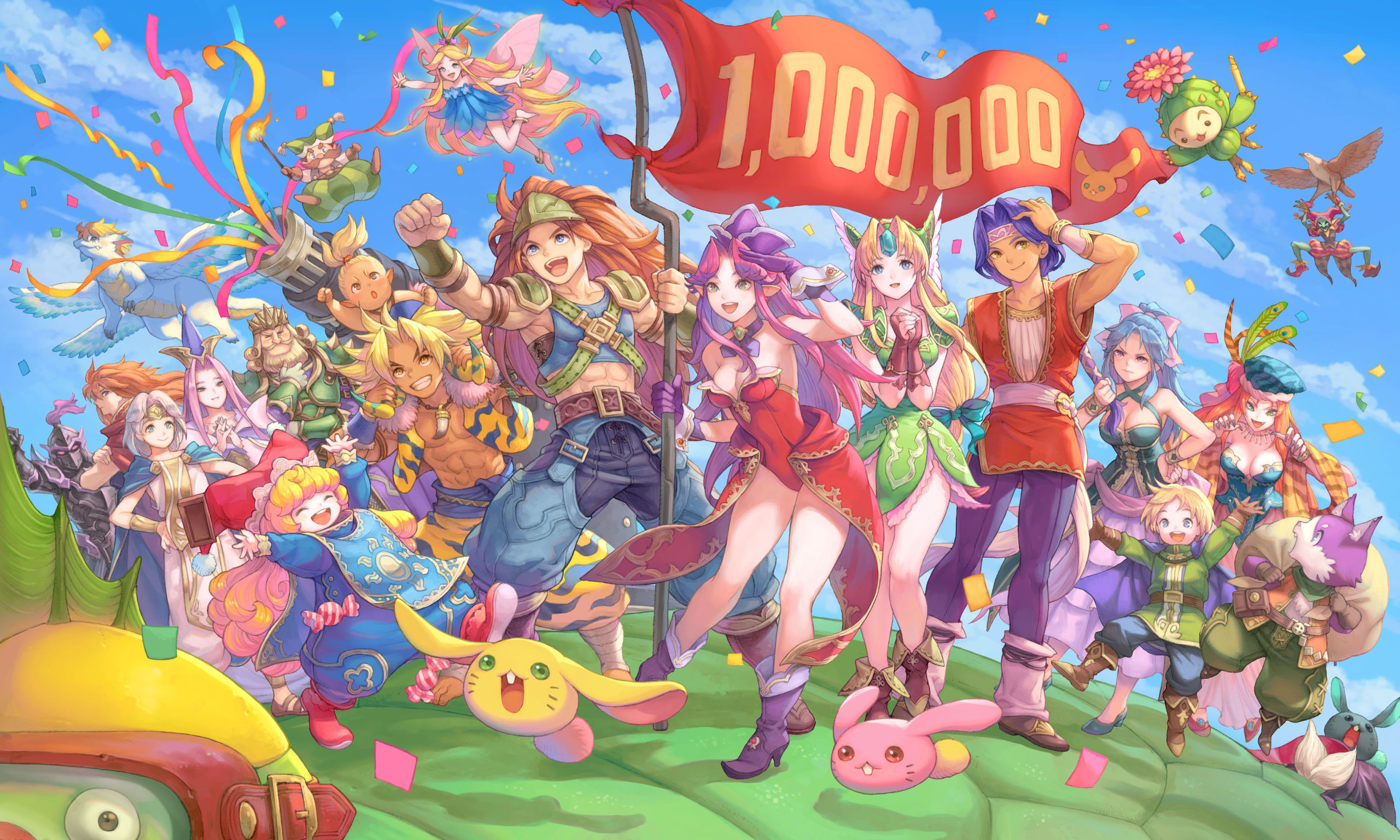 Remember when we thought we’d never get Seiken Densetsu 3, and then we got the original Super Famicom version on Switch in 2019’s Collection of Mana, and then as the 2020 remake Trials of Mana? Well that seems like a distant memory now, as Square Enix are celebrating the 2020 remake surpassing one million sales. That’s a hell of a feat for a series that we were all concerned about losing.

The best part about this celebration is the new art from artist Haccan, which shows the six main characters, the Mana Spirits, many of the series’ iconic monsters, and important side characters cheering. There’s so much detail and vibrancy in this art, much like all of Haccan’s art, in this piece, including Flammie in the background, and a cannon shooting out confetti. Which is probably more favourable than firing out one of the protagonists, especially when you’re celebrating a milestone. The best part, though? Everyone is riding on Vuscav’s (Booskaboo. And no, I’m still not dropping this.) back. You can see his little goggle-covered eyes in the bottom-left corner! What else could you want?

With Trails of Mana doing so well, and being so well-received by the wonderful Greg Delmage, who awarded it an Editor’s Choice last year, will this success breathe new life into the Mana series? We hope so, and if it does, we’ll be one of the first places to tell you.