Posted by Peter Triezenberg on February 13, 2021 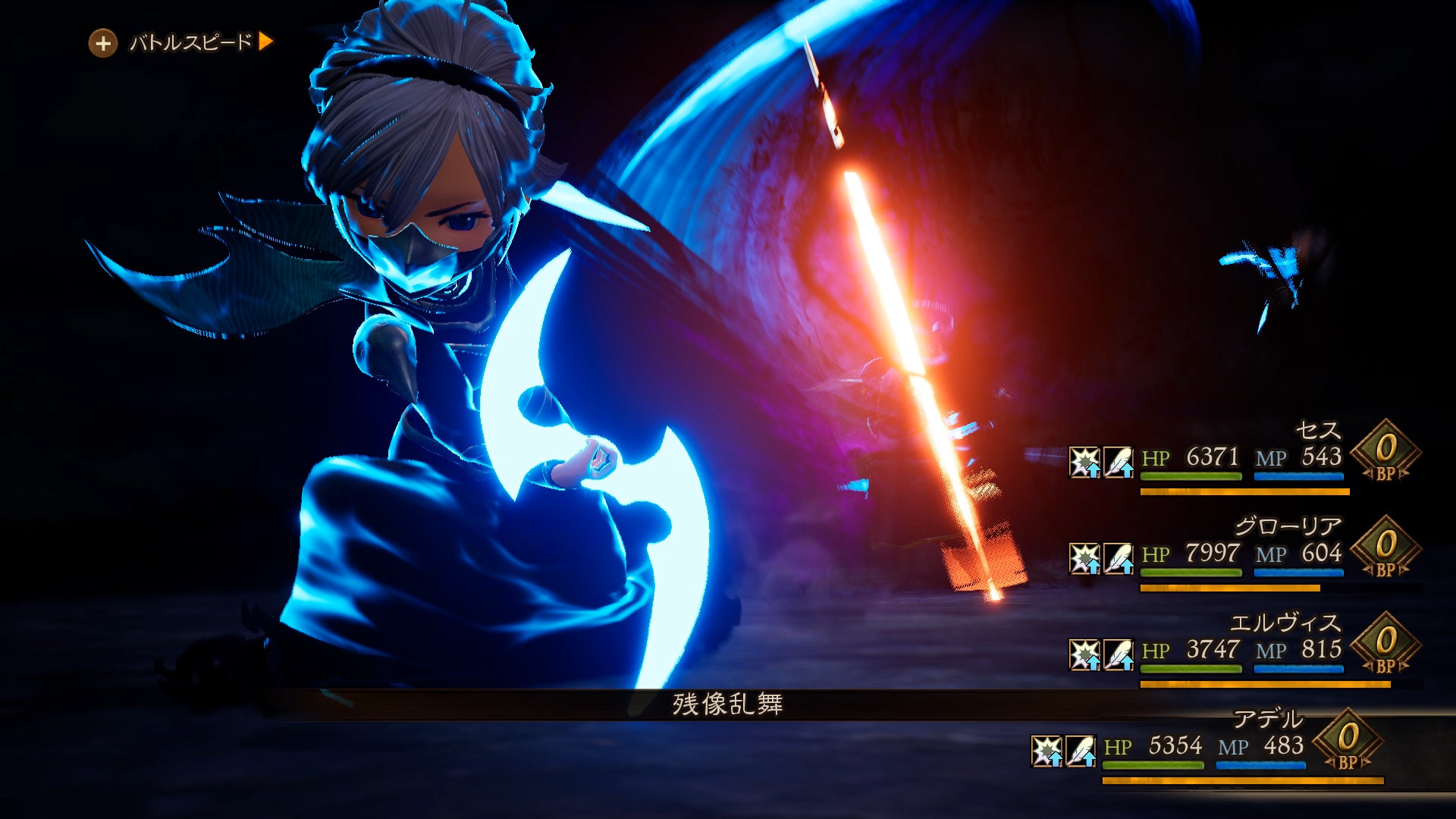 Bravely Default II‘s February 26th release date is almost here, and Square Enix has released some new information about the game to tide us over while we wait. The latest update concerns the nation of Holograd, a militant nation in the world of the game that players will have to contend with.

300 years ago, Holograd was formed when a great hero united numerous clans. Since then, the country has begun to annex its neighbors, putting other nations on the defensive.

Holograd is led by Adamas Holograd, wielder of the Hellblade Asterisk and descendant of the great hero, who believes that the world will be at peace when under the rule of the strong (he and Gaius van Baelsar should team up). His Hellblade class can sacrifice HP to deal devastating attacks, sort of like a Dark Knight from Final Fantasy.

Loyal to Adamas is Maddock Lonsdale, who bears the Bastion Asterisk. He is a self-sacrificing sort and a skilled military man. Bastions are a shield-bearing tank class.

Next is Mora, who possesses the Phantom Asterisk. She has mastered shapeshifting in order to conceal her age and gender, and is willing to do anything in service of Adamas. Phantoms deliver quick and evasive strikes with their twin blades.

Lastly, we have Vishnu Isaac, the Arcanist Asterisk Wielder and one who claims to have mastered death magic. He bears a grudge against Elvis’ teacher Emma after suffering a defeat. The Arcanist job specializes in deadly magic that can hit multiple targets.

Like with other Asterisk holders, once these characters are defeated, players can assume their jobs and use them in battle.

Aside from the new batch of characters, Square Enix also revealed several game mechanics from Bravely Default II. These include “Counters” and Jammers,” something you’ll have to watch out for in battle. Strong enemies have a fixed chance of using one of these abilities in response to the player’s actions: Counters retaliate against attacks, while Jammers retaliate to other actions such as item usage. You’ll need to strategize around these techniques to emerge victorious.

Still, to bolster your chances and level up laster, you can take advantage of consecutive battles. When you initiate battle with a monster in the field, any nearby monsters will get sucked in, triggering a consecutive series of battles. While this can certainly be dangerous, it also will make it easier to grind for experience and Job Points.

Bravely Default II will hit the Nintendo Switch on February 26th. Stay tuned to RPGFan for more coverage, and enjoy a new batch of screenshots below!