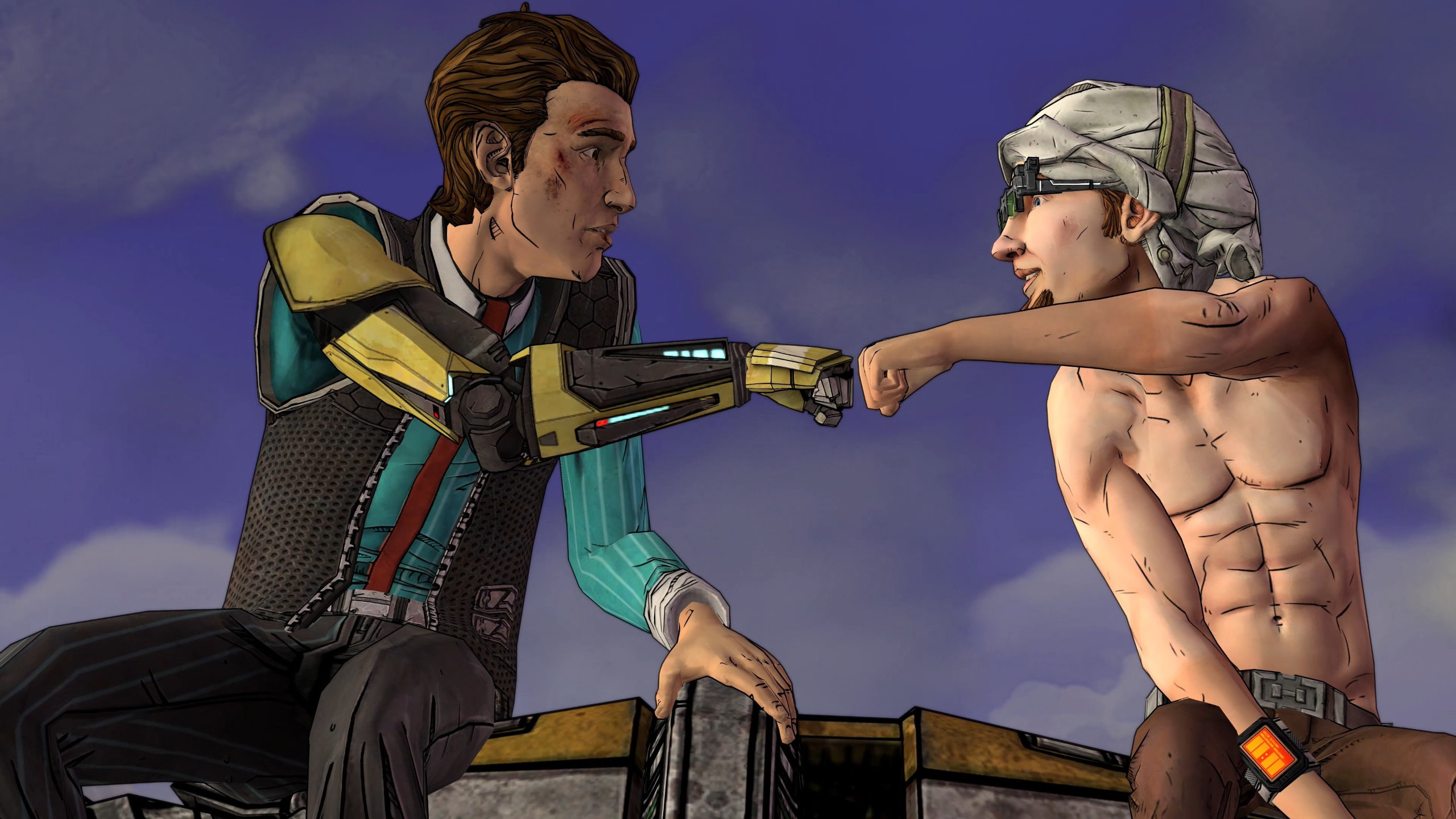 Touted as one of the best games from Telltale Games’ extensive catalogue, episodic mid-quel Tales from the Borderlands is finally being ported to the Switch on March 23rd, as announced during today’s Nintendo Direct. The release contains all five episodes that make up this narrative adventure, so you won’t have to wait like we did back when the game first launched in 2015!

This is wonderful news, as many Telltale Games properties were pulled from digital storefronts when the studio originally closed in 2018. Following a re-launch this week on PlayStation 4, Xbox One, Steam, and the Epic games Store, Nintendo fans no longer have to miss out on the story that follows Borderlands 2, with some of the best characters from any Telltale release.

If you’re a fan of Borderlands or episodic games, and you missed out on this for some reason, here’s another chance to play through a fan-favourite. And really, the best way to play these episodic releases in somewhere nice and warm, in the palm of your hands, right?