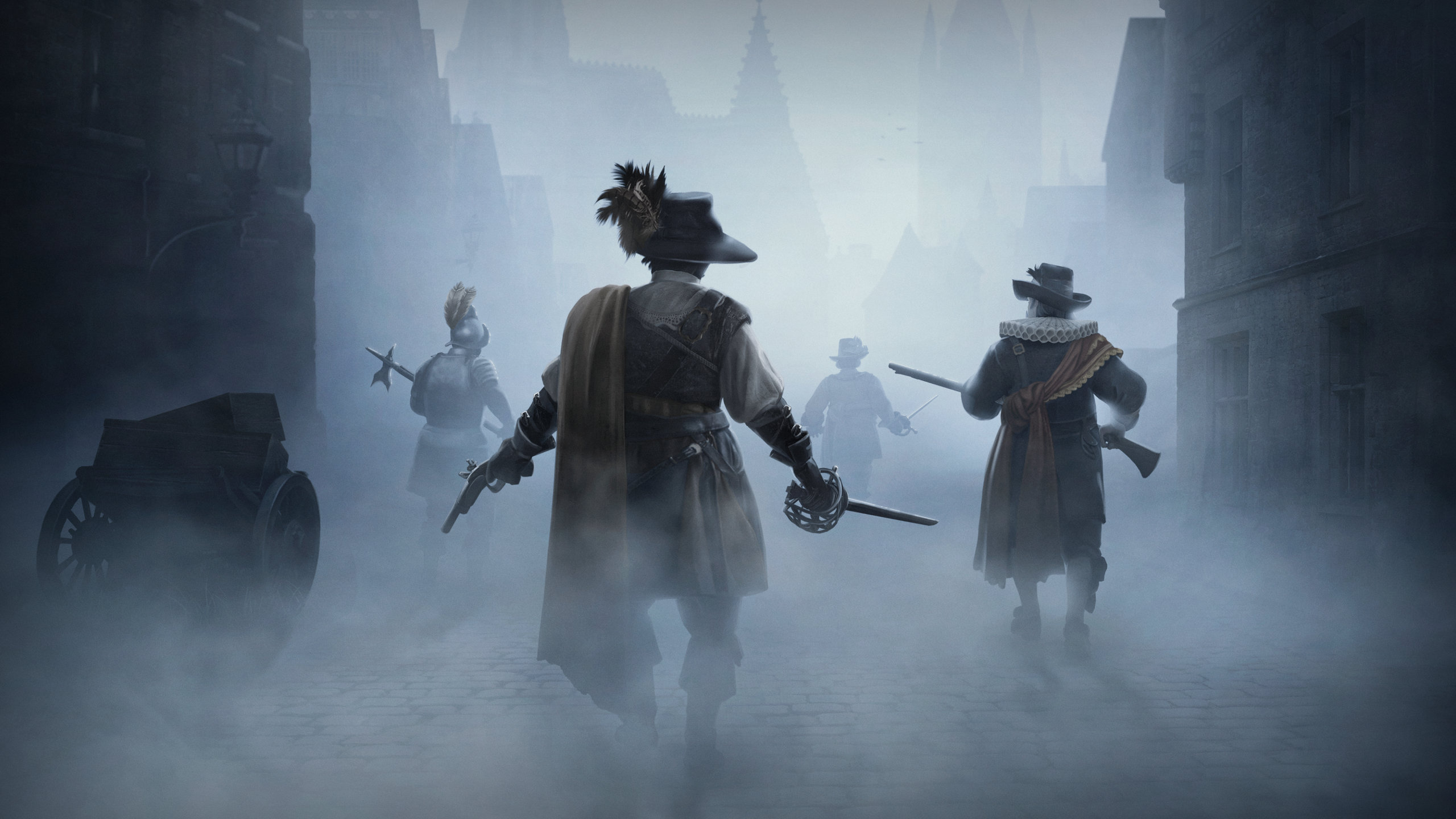 A good turn-based strategy RPG isn’t complete without various classes. Not everyone can be a mercenary; we need a healer to keep the party afloat! With that said, Black Legend is a bringing a whopping 15 different classes to the table!

Each class unlocks as players collect all the equipment associated with it. The equipment is found both by exploring the environment and from the remains of your enemies. Any skills learned from the classes can be used at any time, allowing players to completely customize their characters to their liking.

Developer Warcrave describes each class along with details about alchemy:

Alchemist: Trained in the noble art of Alchemy, these heavily armored individuals spend day and night perfecting their skills in battle, supporting allies and debilitating opponents with a mixture of powders, explosions and concoctions.

Buccaneer: The stigma of jolly sailors means very little to this ocean hardened folk. Armed with both melee and ranged options, they wield a variety of tools and curses to be as versatile as possible as part of their crew.

Commander: Beacons of inspiration on the battlefield, these tacticians point out targets, inspire comrades and instill fear in enemies, carrying that momentum alongside their allies through their own offensive abilities.

Doppelsoldner: People trained in the art of the greatsword rely on heavy damage in the fray of battle to set up their allies for devastating results. The wide swings can strike multiple enemies, while the strong blade is designed to primarily injure fellow humans.

Dragoon: Light on their feet and specialized in Pyrokinetics, the Dragoon leaves a blazing trail in their wake. With zero regard for their own safety, many who face Dragoons are reduced to naught but ash.

Duelist: Bearers of slender steel and unshaken honor, these masters of the blade employ any and all tactics to ensure victory in head-on combat. Their strength, speed and skill are only matched by a few, and they would not have it any other way.

Executioner: Justice is inescapable when placed in the capable hands of these merciless men and women. Clad in heavy armor, they deliver death swiftly and efficiently, either by axe or bullet.

Guard: Stalwart protectors of the weak, their shields deflect even the worst of harm, while their arms inflict proper retribution on the offenders. In battle, one cannot find tougher opponents, requiring a solid offense plan to counter their impressive defense.

Inquisitor: Hunters who roam the streets, searching for corruption in any form. Dedicated to protecting mankind from all things unnatural, one wonders how much of their own humanity they left behind in their search for the powers to do so…

Landsknecht: Proud bearers of spears, halberds, hardened by years of marching through all landscapes known to man. Their endurance training makes them the quickest on the field when it comes to bearing heavy armor, and excel at reducing enemy mobility when they’re on the offensive.

Marauder: Heavy weapons and light armor define the overall tactics employed by these ruffians, relying on brute power and speed to overwhelm opponents.

Mercenary: The base, the foundation of all warfare in the world. These men and women fight for no cause, no glory nor creed, but mere coin. How fitting then, to start your journey this way. Their lack of advanced battle techniques is offset by their ability to adapt to any situation by being able to equip all weapons and armor.

Plague Doctor: Masters of Humorism, the body holds no secrets for these patrons of pestilence. What can cure can also kill, and their relentless studies have made them both deadly opponents as well as wondrous companions.

Rogue: The term ‘scoundrel’ is not an insult but a title for the shady rulers of the streets. Agile and cunning, they can identify weaknesses and exploit them with ease, before retreating back to the safety of the shrouds of Grant.

Sharpshooter: Masters of crossbow and rifle, these soldiers rule from the edges of the battlefield, sniping distant targets with deadly accuracy. Keep their enemies at a distance, and in turn, they will keep the enemy at death’s door with ease.

This ancient branch of natural philosophy adds an explosive twist to combat in Black Legend. Based on the real history behind alchemy, this system includes the four stages of the magnum opus, also known as the process to create the philosopher’s stone,—nigredo, albedo, ctrinitas and rubedo. When combined, these four stages create a variety of brutal battle effects:

Black Legend releases for PlayStation 4, PlayStation 5, Xbox One, Xbox Series X, Nintendo Switch, and PC sometime in Q1 2021. Stay tuned to RPGFan as we learn more, and take a look at all fifteen classes below!