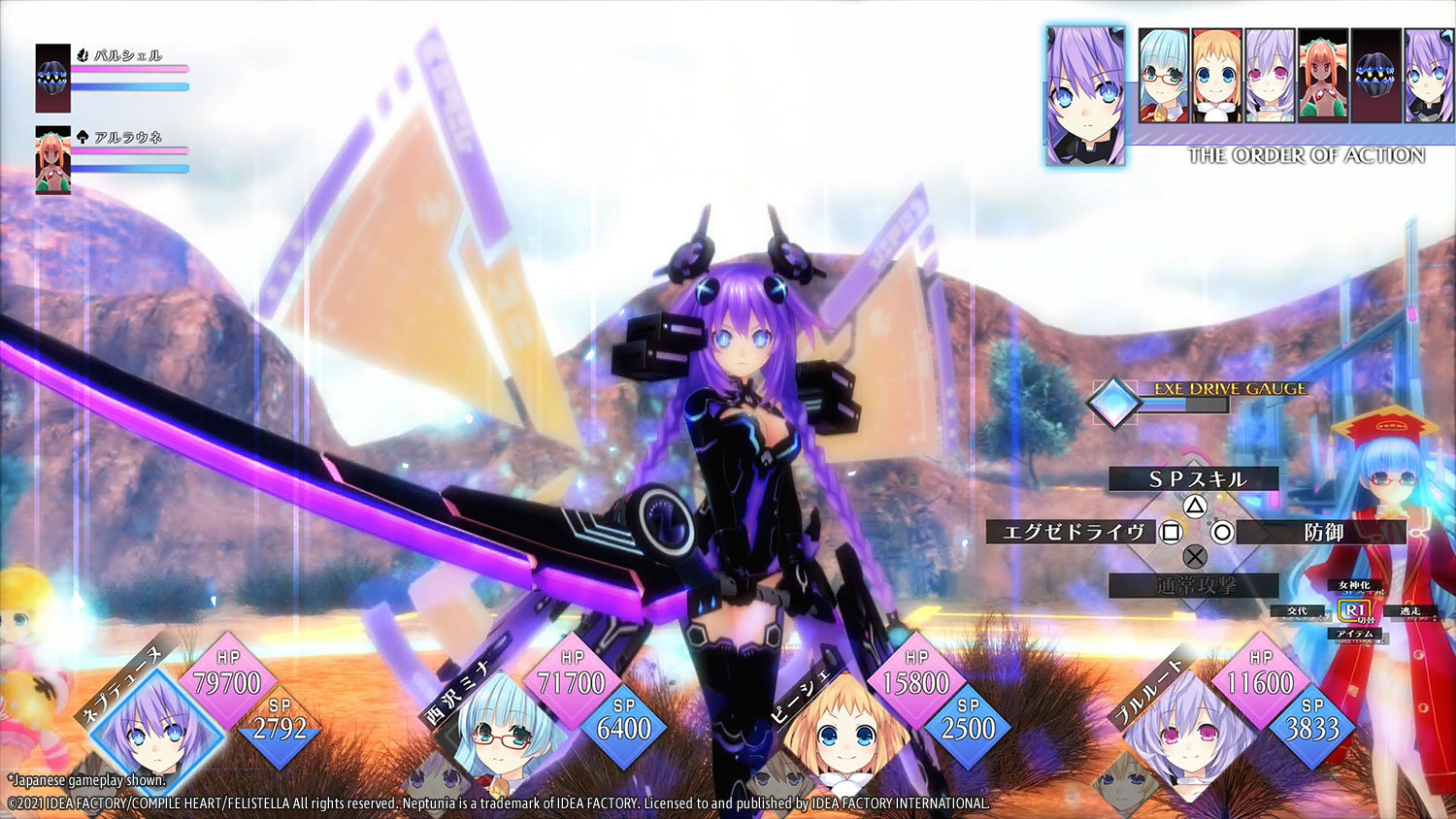 You know what makes sense for Neptunia ReVerse? A ReVersible cover sleeve, of course! The game, which is an enhanced version of Hyperdimension Neptunia Re;Birth 1, has an art box that has been adjusted for the retail version on one side, the original Japanese art on the other!

You can take a gander at the retail box art below:

Story
Gamindustri – A distant world comprised of four nations, each under the divine protection of a Goddess.
Planeptune: Land of Purple Progress, ruled by Neptune
Lastation: Land of Black Regality, ruled by Noire
Lowee: Land of White Serenity, ruled by Blanc
Leanbox: Land of Green Pastures, ruled by Vert

Locked in the Console War, the four Goddesses vie for domination of the planet until Neptune is cast down and stripped of her power.

Now Neptune must fight to restore her place, but could a being known as Arfoire threaten the very world the Goddesses have sworn to protect?

Key Features
Gamindustri Enhanced! – Neptunia ReVerse is the perfect RPG entry for Neptunia newcomers and for Neptunia fans to relive! With the powers of the PlayStation®5, players can enjoy the world of Gamindustri with enhanced graphics and a fresh-looking system UI!

Gone Fishing – Now, Neptune can cool her senses and spend some alone time catching some fish in this new mini-game! And if you’re patient enough, you might even be able to haul some sweet equipment. But be wary! Any misstep can reel in a stinkin’ enemy.

Tailor Your Experience! – Itching for more ways to play it your way? With re-balanced gameplay and “Arrange Mode,” you can now select from 20+ characters to play from the start! Plus, the “Plans” system allows players to craft and forge new items and equipment, add dungeons to explore, and even modify the drops from enemies and materials harvested in dungeons!

The Gang of Four – Your party member limit is now increased from 3 to 4 members! Transform Neptune and the Goddesses by activating HDD Mode to amp up attacks.

Neptunia ReVerse releases worldwide sometime in 2021. Stay tuned to RPGFan as we learn more! New to the Neptunia series? This might be your best chance to jump in! Check out our So you want to get into The Neptunia Series… feature to find out the best way to enter the series!