Gnosia Launches Digitally in the West on March 4th 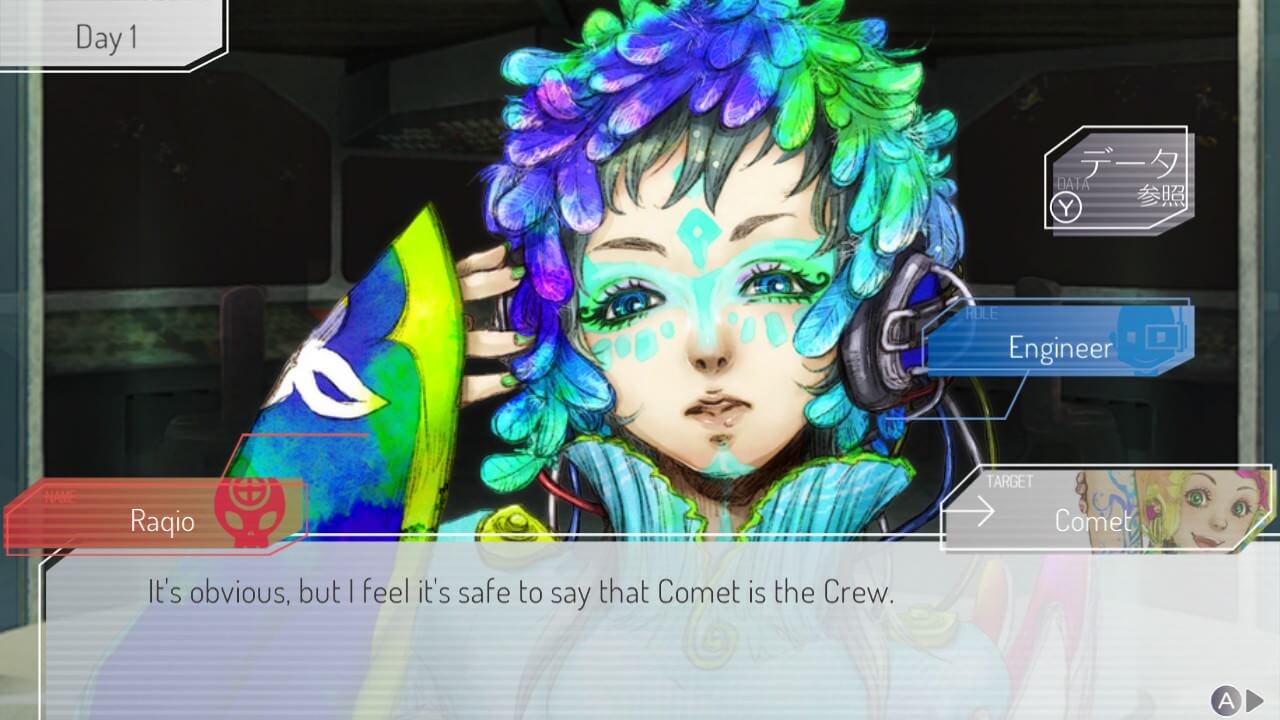 Someone in your space crew is an imposter. Can you deduct who it is before it is too late? Players will be able to play the mystery visual novel, Gnosia, when it hits the Nintendo eShop in the West on March 4th!

Gnosia saw major success when it originally released for the PlayStation Vita in Japan in June 2019. This year marks the first time the game will be available in English. Pre-orders are now live on the Nintendo eShop in North America and Europe.

Gnosia is a thrilling and unique single-player social deduction game combined with visual novel, RPG, and mystery elements. Set on a drifting spaceship, the player faces a mysterious and deadly threat known as the “Gnosia”. Each night on the spaceship someone is put into a cold sleep in an effort to eliminate the Gnosia. Players must use their best judgement while choosing between 30 different commands to figure out which crew member – or crew members – could be Gnosia in disguise.

Gameplay consists of mostly visual novel-like commands, featuring a unique art style. Each round – or “Loop” – brings new characters, dialogues, and scenes, allowing the player to build 6 traits (sense, charisma, logic, charm, stealth, and performance). As the player meets new characters, new skills are learned and carried over to subsequent game loops. The real Gnosia changes in every playthrough, and as an exciting twist, sometimes the player will find themselves cast as the Gnosia.

• Repeatedly play through loops of up to 15 minutes long, triggering special events to unravel plot mysteries in its particularly galactic narrative
• Engage with interesting and eclectic characters with unique personalities, experience randomly triggered events that are unique to each person and develop strong relationships
• Players can customize their game to add up to 14 additional characters to make the game more intense
• Beautiful and unique art style, featuring 2D illustrations of anime-type characters

Gnosia will release digitally on Nintendo Switch in North America, Europe, and Australia. Stay tuned to RPGFan as we grow closer to the game’s release date!