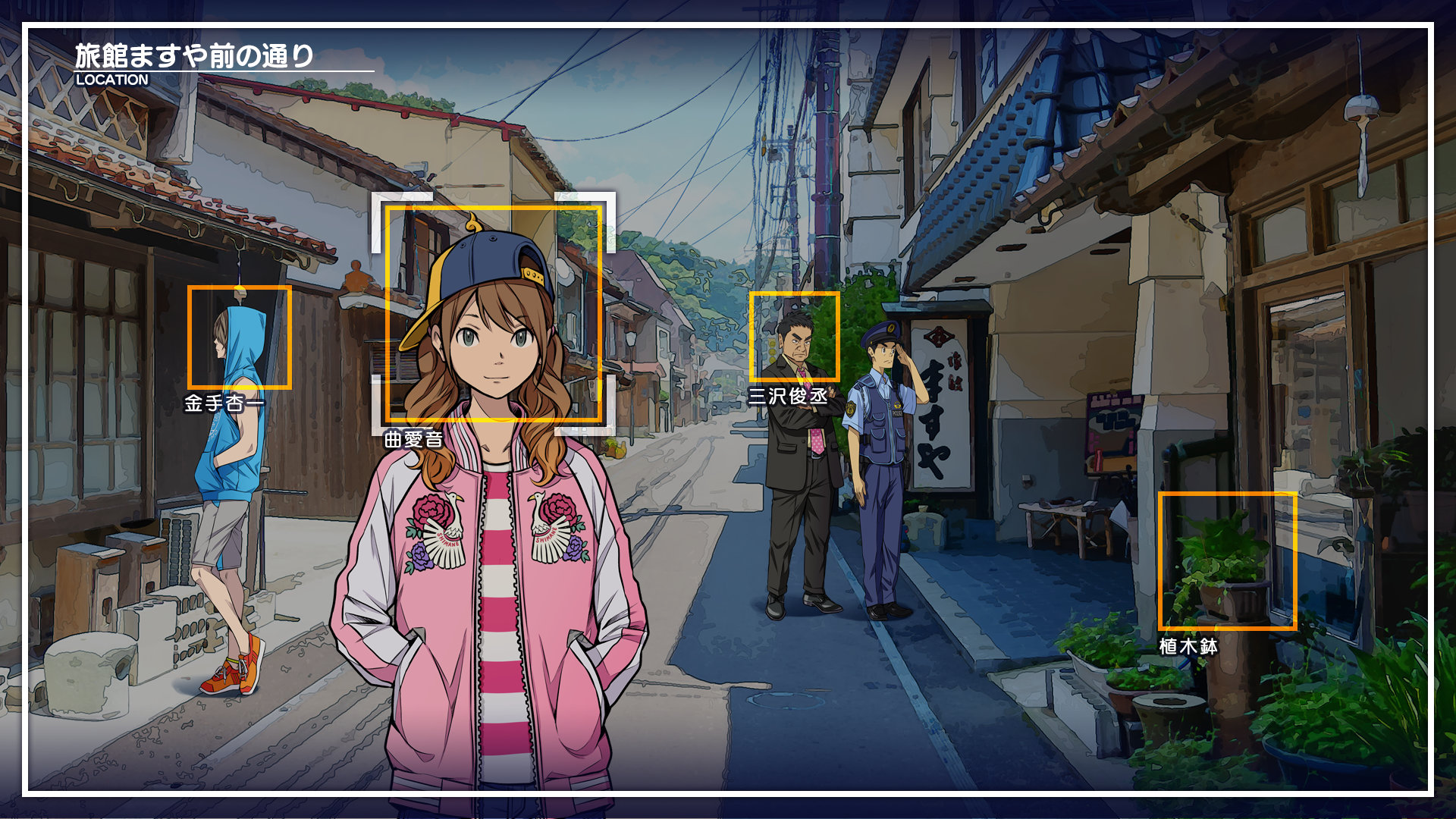 It’s that time of week again. The same time of week as every other time of week. The time of week that involves the coming of new RPGs, and the Quinton — that’s me! — informing you about them. If you’re wondering if I keep typing the word “week” for SEO purposes, no, I’m not; I’m just being strange, and I’m fortunate to have this venue for my strangeness.

This time, we’re in for a fair number of ports and expanded re-releases that also serve as… ports. It’s a port-heavy week, you might say, and you would not be mistaken. We’ve also got the debut of a heavily-anticipated sci-fi DLC. Perhaps most importantly of all, the PlayStation Vita lives, if only for one more day. Do not attempt to adjust your monitor’s brightness and contrast; rather, rely upon your Vita’s trusty OLED to vividly enthrall you once more. Unless you have one of the latter models. In which case, uh, well, I hear they’re still nice enough.

My colleague Peter Triezenberg recently hailed Kingdoms of Amalur: Re-Reckoning as “one of the best action RPGs to ever have a completely terrible title,” and I think that’s the nicest thing anybody has ever said about that title. Though in fairness, I think I prefer this ridiculous name over the more overused ones. Had you told me a couple of years back that Kingdoms of Amalur was going to get a second shot at fame via re-release, I would have predicted something like, I don’t know, Kingdoms of Amalur Remastered. Or Kingdoms of Amalur: Definitive Edition. Or, like. New Kingdoms of Amalur Bros. Wii U Deluxe. You know, normal stuff. Well, whatever. Here we are. PS4, Xbox One, and PC already had their fun return trip back in September, leaving Switch enthusiasts hanging until this week. With updated visuals, some key gameplay tweaks, and all the DLCs packed in, this is a great time to dive deeply into a classic fantasy realm filled with grand sorcery, flashy swordplay, and… gnomes. Lots of gnomes.

She probably did. Saviors of Sapphire Wings / Stranger of Sword City Revisited, undoubtedly the video game with the longest name I’ll play this year [Editor’s Note: Don’t tempt fate like that, Quinton!], is finally here. For the countless among you justifiably wondering what it even is, allow me to explain! Stranger of Sword City was a mid-2010s dungeon-crawler that released on several systems before kind of fading from the niche RPG fan public view. Until now. (Also, fun fact? I can’t think of very many Japanese video games that came out on Xbox 360 over there but skipped the console here. Yes, yes, technically this is because it came to Xbox One instead. I still find it funny!) In Stranger of Sword City Revisited, you’re still the Chosen One, you still need to crawl across a dangerous dungeon, and you’d best believe you’ve got to cross swords with monsters. But now your journey’s prettier, and also, there’s kind of a whole new game, too. Saviors of Sapphire Wings, the main attraction here, packs in your revisit to Sword City as an excellent bonus. But if you want to be a savior of sapphire wings, you’ll have to best the Knights of the Round after a half-century of ruin courtesy of the Overlord of Darkness. I know what you’re thinking. “Knights of the Round? Overlord of Darkness? Such cliches!” Yep. I’ve got no rebuttal. Just do it, OK? We’re all counting on you.

Picture it. You’re wandering through space, taking on odd jobs in a satirical universe when suddenly you get the call: a famous actress has been murdered. With your too-tight jumpsuit and trusty Discrepancy Amplifier, you leap into the case, eager to discover new ways to eviscerate people with the sorts of creative touches that always remind you, “I’m playing an Obsidian RPG.” Oh, no doubt, you’ll also want to solve this murder most foul. But The Outer Worlds is, at least in my mind, best played as a prolonged Monty Python sketch with lasers. That’s how I enjoyed the base game; it’s how I enjoyed Peril on Gorgon, and by gosh, it’s how I’m going to enjoy Murder on Eridanos. Now, don’t get me wrong. The Outer Worlds has some truly tough moral choices, memorable characters, and thought-provoking themes. I suspect that this will continue with the game’s second big DLC. But there’s a glossy layer of kitsch to it all, quite intentional and bursting with flavor, that makes it a game best played with a cheesy smirk on my face. I hear-tell you can falsely accuse innocent spectators of killing the victim, too, and no lie, y’all, I’m doing it.

According to developer Radi Art, “Synergia is a yuri thriller visual novel that takes place in a cyberpunk future, wrapped up in a beautifully unique, vibrant neon aesthetic.” I see that aesthetic and I adore it. Here’s a little trick-of-the-trade, albeit hardly an opaque one — when I’m deciding on an image to represent each game in this column, I look for something that either best-encompasses it or simply makes me laugh. The one I selected for Synergia, which came to Windows, macOS, and Linux last year and now makes its grand entrance on PS4, Switch, and Vita… is neither of those things. I just think it’s rad. Radi Art talks about that vibrant neon aesthetic and they deliver it in spiffier ways than most. The red-on-black in the in-game internet (ahem, holonet) system is so good. But now I’m running the task of telling you about a personal favorite design choice rather than Synergia itself. For a primer, the story revolves around a world where relationships are strictly forbidden, but two women — a police officer and an android! — try their damnedest to skirt around such draconian codes. And it’s pretty good. Click that link and you’ll enter a magical realm, one in which this console port has already been reviewed by my fellow coffee-loving writer, Audra Bowling. And yes, friends. “Vita means life.”

Well, I’ll be! Root Film is neither a port, nor a DLC, nor a port with a new game attached for good measure. It’s not even particularly connected to Root Letter, another PQube/Kadokawa Games visual novel, and that’s probably for the best. Nope, it’s a whole new gig, one which the director, Hifumi Kouno, hopes will prove he’s learned some valuable lessons from its spiritual predecessor’s failings. Time will tell, and time is indeed upon us. I’ll give it this much — the premise sounds cool. The protagonist is also a director, one who has been tasked with rebooting a TV show canceled for unknown reasons ten years before the game takes place. (Kind of reminds me of my late grandmother, who insisted one of her favorite short-lived political dramas was nixed by the network for, get this, political reasons. I showed her the ratings. She thought they were forged. Anyway.) Someone’s killed during the location-scouting phase of the production, so that sucks; he and his cast of cohorts soon become quasi-detectives traveling across Shimane prefecture in search of answers. Collecting a sufficient number of keywords from your investigation will enter you into what PQube describes as a “fighting-game like face-off,” which is… weird. I think I’m here for it? We’ll soon find out.

And that, as they say, is that.

Did you know that I just quoted Maechen, from Final Fantasy X? Were you aware that Maechen’s voice actor, Dwight Schultz, was the clumsy, love-him-or-hate-him, Reginald Barclay in Star Trek: The Next Generation? Are you now aware, yet still don’t care? It’s all good. I’ll just, uh, keep watching reruns over here by my lonesome.

What I really ought to be doing is playing Trials of Mana. What’s your RPG backlog like? I humbly invite you to tell me in the comments. I’ll reply to you if you do! I’m not even remotely famous but pretend that I am so that the offer sounds enticing.

1. I comment to let you know someone is reading this. 2. The Vita deserved a better fate than Sony's support brought. 3. Stranger of Sword City has some nice quality of life features. Not bad for the genre. 4. Didn't know Maechen was voiced by Dwight Schultz AKA Mad Murdock. 5. My bocklog still includes Pillars of Eternity, so...

I recently started the last game in my backlog - Wasteland 3! Fiddling with the inventory (at least on console) can get annoying, but other than that, I'm enjoying it immensely! 👍🏼

@gourley4p Awesome answers, I appreciate it! I totally agree about the Vita (well, obviously). Mad Murdock! That's a good reference! I should have listed that as well, but I can never escape my Star Trek roots. Still, that was a great show. @Jbumi Nice! I've played the first two Wastelands but I've yet to fetch the third. I'm glad to read that you're digging it!