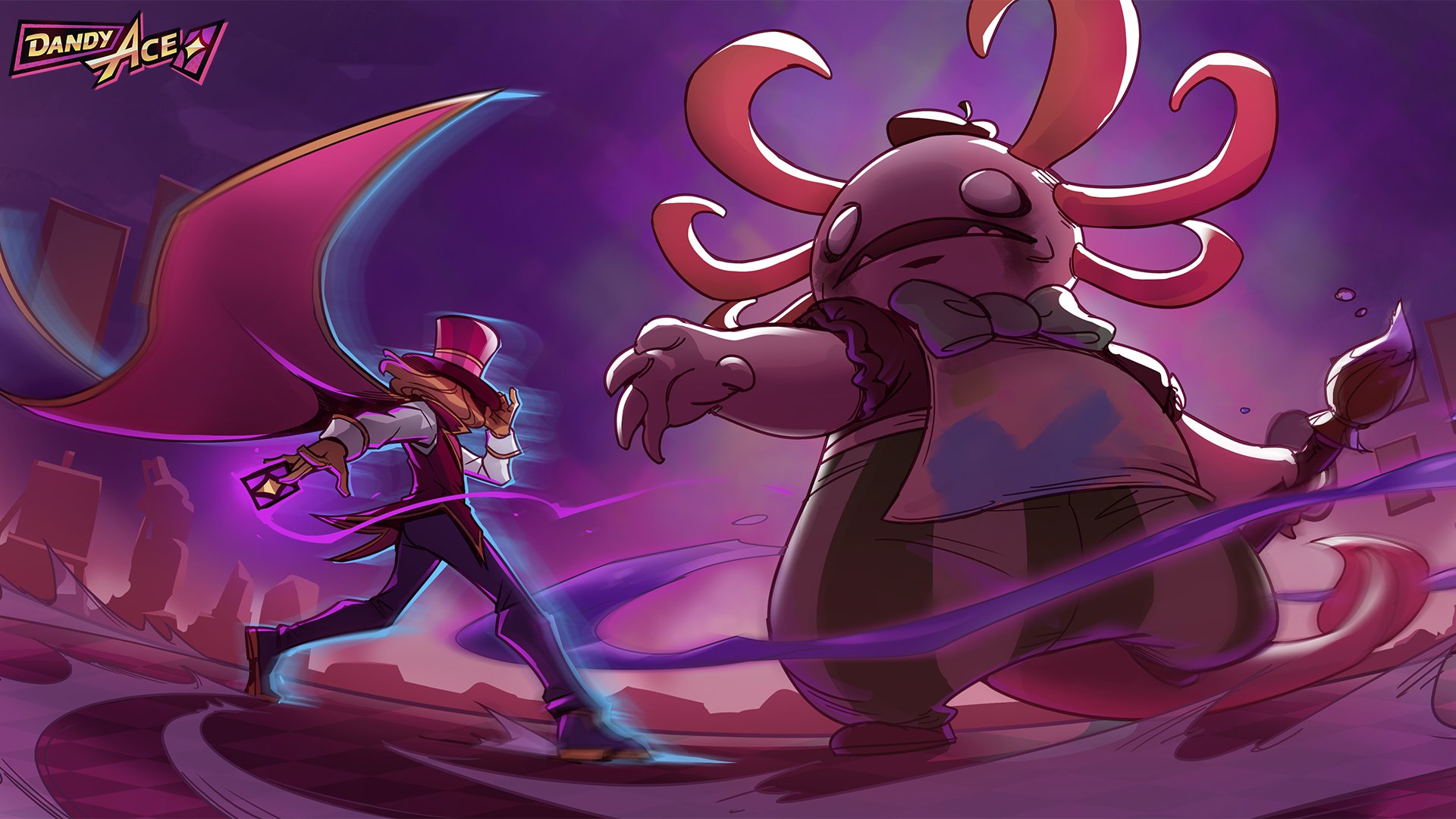 Prepare for a dandy of a time! Dandy Ace is a mix of action RPG and Roguelite as the titular Ace travels back and forth through the Cursed Mirror. Publisher Neowiz has announced that the game will launch for PC via Steam on March 25th, 2021.

Check out the card magician Ace in action by watching the launch trailer below.

A demo for Dandy Ace is available now through Steam.

What Is Dandy Ace?
Dandy Ace is an over the top fast-paced roguelike experience that follows a fabulous magician seeking to combine and use his magical cards while fighting and looting his way to defeat the Green-Eyed Illusionist, Lele, who has imprisoned him in a cursed mirror. While battling your way through Lele’s ever changing palace, combine different cards with more than a thousand possibilities, each with their own playstyles and powers. Every run provides new challenges and combinations for players to explore as they progress closer to Lele.

Play as Dandy Ace, the amazing hero, and survive the challenges of the extravagant, lavish and ever-changing palace created to defeat him filled with bizarre creatures and outrageous bosses. Find all the magical cards, gather shards and gold, and get help from his assistants and unconventional allies.

• Rogue-lite experience: Try, die and try again until you beat the Green-Eyed Illusionist with the replayability and adrenaline of a rogue-like with permanent upgrades that makes you stronger as you progress further with each run.
• 2D isometric fast-paced action: with lots of challenging but fair combat engagements. Battle your way through bizarre creatures and outrageous bosses while building up your own arsenal of magic.
• Create your own builds: Combine cards with more than a thousand possibilities, each with its own gameplay style and powers.
• Challenges of the ever-changing palace: Explore the extravagant and lavish aesthetics of the game through the nonlinear progression of the palace, fighting off unique enemies and bosses, on your quest to defeat Lele and escape the cursed mirror.
• Twitch Mode for Livestream Shenanigans: Call upon your stream viewers to provide aid, or hinder your progress in this Twitch-enabled game mode that lets Twitch audiences call the shots inside the Cursed Mirror.

Besides Steam, Dandy Ace will also release for PlayStation, Xbox, and Nintendo Switch later this year. Also, the COO of developer Mad Mimic, Luis Sampaio, teased they will be “revealing plans for DLC in the near future!” Stay tuned to RPGFan as we learn more!