SINce Memories: Off the Starry Sky Arrives in Japan This Summer on Switch and PS4 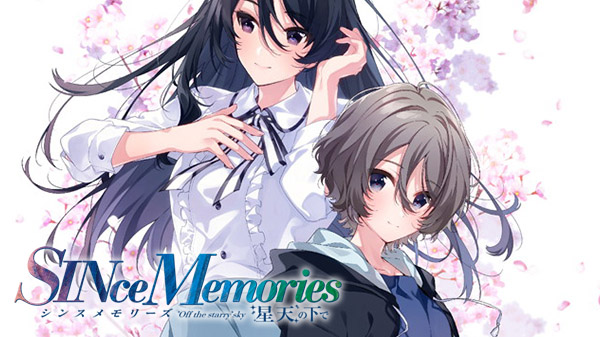 SINce Memories: Off the Starry Sky, the latest game from the creators of the long-lived Memories Off series, will release sometime this summer in the Land of the Rising Sun. Up until now, not a whole lot has been said about SINce Memories, but developer Mages is starting to put the pedal to the advertising metal.

If you like your visual novels to start off with a bang, try this on for size — the main character laments the passing of his elder brother and a girl walks right on up to him and says he ought to have died instead. I mean, this is literally going to be covered in the overview you’re about to read, but I want to call special attention to just how messed up that is.

Protagonist Junya helps out at his family’s general store Mizumoto-dou while attending university. But his heart is tethered to thoughts of his older brother Takaya, who passed away last year. “Why did I get to survive?” he wonders.

One day, he meets a girl. “You should have been the one to die,” she says, before disappearing without so much as a hint to her identity.

After that, Junya’s childhood friend Chihaya Houjou drops in with a project to renovate the old Houjou family home. It would be the first time Junya is in charge of such a big job. He was muddled by a series of firsts. How will he face this challenge that he cannot accomplish alone? The various people he meets through the job… Junya is at the mercy of the many problems and conflicts caused by their respective emotions.

Will he be able to successfully renovate the old Houjou family home? And who is that girl?

What do you think? Will Junya be able to successfully renovate the old Houjou family home? And who is that girl? Well, other characters listed for SINce Memories: Off the Starry Sky include Chihaya Houjou, Azusa Satomi, Hinata Ise, Chunyu Hoan, and Shin Inaho. Seeing as Chihaya’s already present and accounted for up in the overview, that leaves… everyone else on the list as a prime suspect. And you know what, heck, let’s go ahead and add Chihaya to the list as well. Visual novels are wild sometimes.

SINce Memories: Off the Starry Sky‘s scenario writers include Tsukasa Tsuchiya, Hiro Akizuki, decocool, Rio Izumi, Moe Gungu, and Chiyo Yakaku. Of special note, Tsukasa Tsuchiya had a major hand in penning Steins;Gate 0. Of even specialer note — and we’re keeping that word because apparently, it’s valid in Scrabble — I wish my name was as cool as decocool.

Stick with RPGFan for more SINce Memories: Off the Starry Sky news!