Get Back On The Katmobile With A New Trailer for Kathy Rain: Director’s Cut 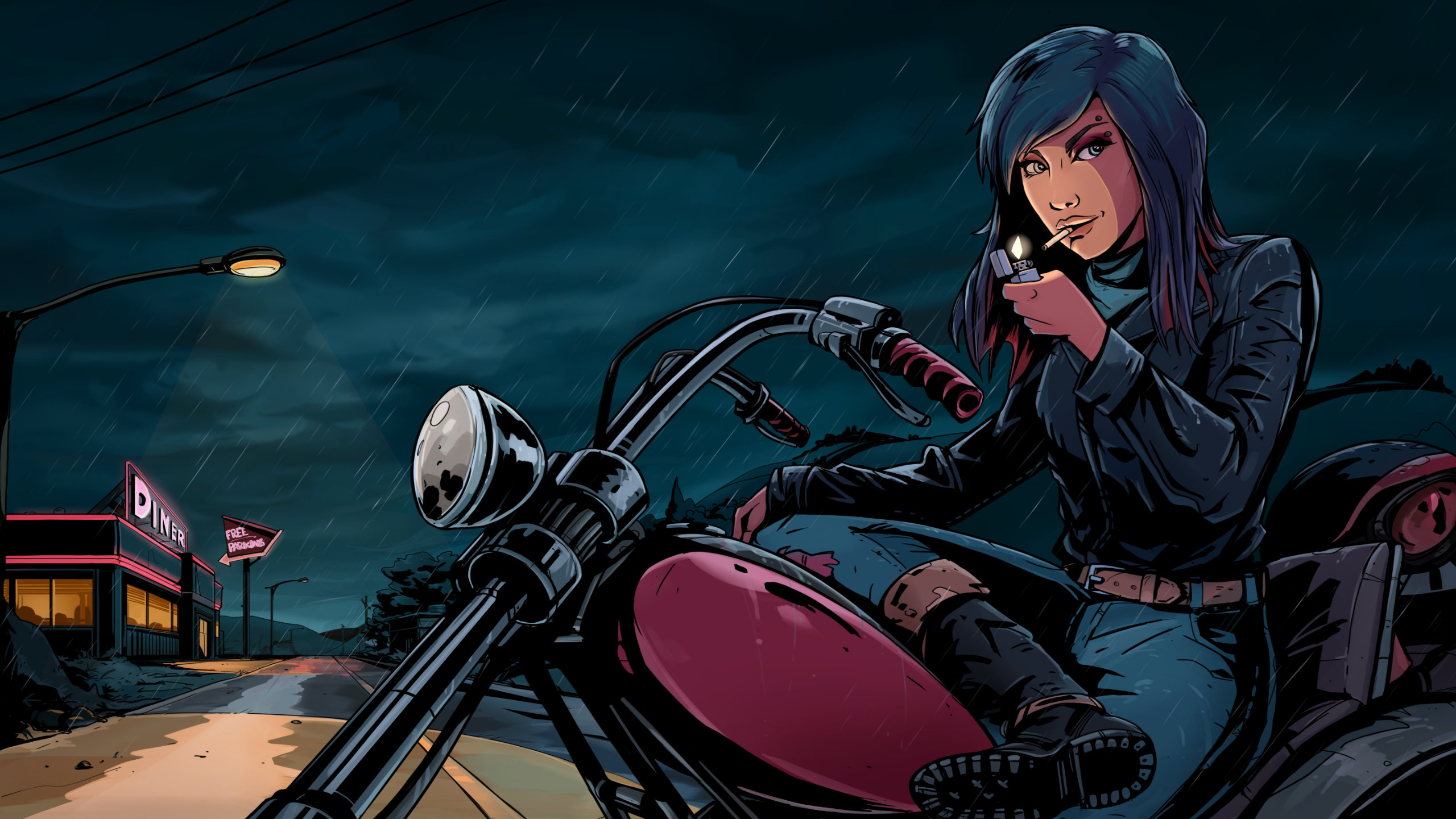 Did you know there’s a point-and-click adventure game with a motorcycle called the Katmobile? It’s called Kathy Rain, and it’s available on both Steam and major mobile devices. Our own John Tucker gave it a 75 back in 2016, stating that “there are some gaps in the story, but I only care because I found the rest of it interesting.”

Don’t rush to Steam to snag the original, though! Developer Clifftop Games and publisher Raw Fury are hard at work crafting Kathy Rain: Director’s Cut, a retooled re-release aiming for a Fall 2021 launch. Actress Arielle Siegel, the excellent voice of Kathy Rain herself, has shared in a cool new trailer that the creative team is applying everything they’ve learned in the interim years to make this the definitive version of Kathy’s quest.

In addition to an improved narrative, additional plotlines, and an extended ending, players can also enjoy a remixed soundtrack, fresh paint jobs for the Katmobile, the introduction of full controller support, and (the bold print is 100% Clifftop Games’ intention) “DEATH SEQUENCES.” Well, that doesn’t sound pleasant. But what’s a mystery without a few good stabbings?

Grab a pack of smokes (or don’t, cigarettes are bad for you) and join Kathy on her 1990s adventure all over again when Kathy Rain: Director’s Cut launches for Windows, Mac, and Linux this fall.