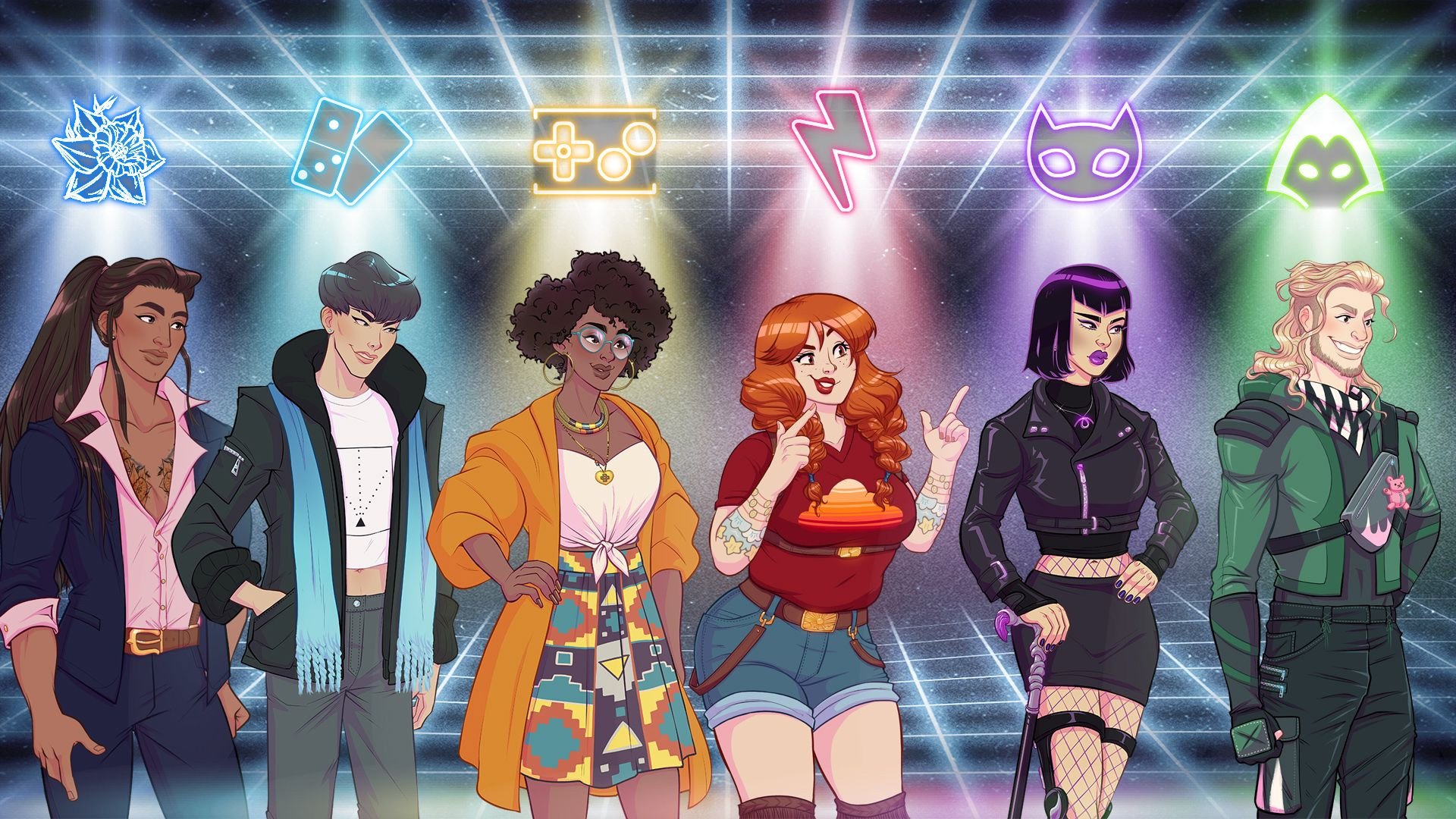 The world of esports meets the arcade culture of the 80s in Arcade Spirits: The New Challengers! A follow-up to Fiction Factory Games’ romantic comedy visual novel original, a demo is now available for the new title on Steam!

Take a look at what all Arcade Spirits: The New Challengers has to offer in the announcement trailer below:

The demo throws you into the midst of the game’s first chapter. Your rival, Team Play-2-Win, meets your esports team on your home turf at the Good Clean Fun arcade. Your decisions determine how well you perform in the upcoming esports championship!

The year is 20XX, the distant future in a world where arcades are thriving… and as an aspiring esports champion hungry for glory on stage at the Fist of Discomfort 2 Pro Tour, you will face competition, complex relationships and a wild cast of characters on the road to victory.

Defeat rivals, conquer tournaments, build relationships, and uncover a strange conspiracy at the Good Clean Fun arcade. In Arcade Spirits: The New Challengers it’s up to you to rally together a team and achieve your dreams!

Design your protagonist and rival from the ground up with a massively expanded character creator – pronoun, skin tone, body type, hairstyles, accessories, clothing, and more. Choose their identity, and how their personality develops.

Plus, enjoy greater immersion as your fully custom character now appears on screen throughout the entire game!

With a fully inclusive customisation system, cast of characters, and gameplay mechanics, date anyone you like regardless of pronouns, or focus on building friendships exclusively!

There’s only one way to become the champion, and that’s to play! Dive into Fist of Discomfort 2, a strategy based minigame – your victory or defeat will determine the path of your story.

Analyse your personality and measure changes based on your decisions throughout the game with handy virtual assistant, IRIS! Accessed through a free app on your in-game phone, IRIS exists to help users achieve everything they want in life – a better job, a new home, and even romance.

IRIS, can track your personality traits from Quirky and Steady, to Kindly and Gutsy, as well as your relationship statuses with the rest of the characters.

Import your choices from the original Arcade Spirits adventure to reshape the world of 20XX around your previous decisions or start the game afresh and follow a whole new path.

Arcade Spirits: The New Challengers releases for PlayStation 4, PlayStation 5, Xbox One, Xbox Series S|X, Nintendo Switch, and PC in early 2022. Stay tuned to RPGFan as we learn more! How about checking out the previous challengers? Check out our review for the original Arcade Spirits!

Idk if theres much point to a demo of a visual novel.

@KNN005 - Well, it gives you a chance to get to know the characters, atmosphere, and dialogue more in-depth, so it'll give you a better idea of whether or not it's something you'd want to invest in.