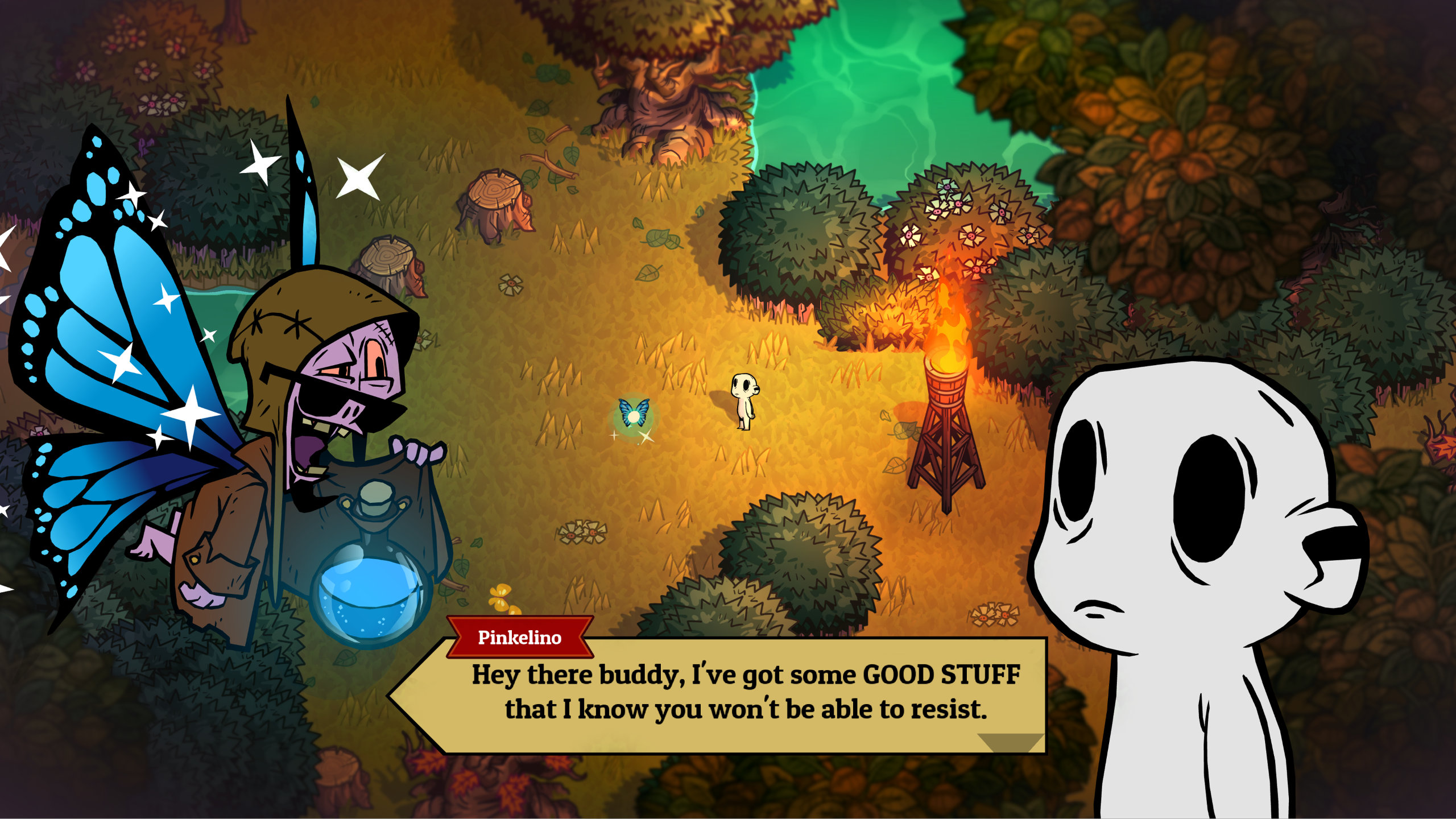 Drinkbox Studios, the makers of the critically-acclaimed Guacamelee! series of Metroidvanias, has announced a new action RPG titled Nobody Saves The World. Their new game takes obvious inspiration from The Legend of Zelda, but it adds in a job system that the developers compare to Final Fantasy Tactics.

Nobody Saves The World gives you control of Nobody, a nearly emotionless and pale white humanoid who, of course, has no memories and stumbles upon a magic wand that grants it magical abilities. The magic wand allows you to switch between 18 unlockable forms, which are the equivalent of different jobs or classes in other games. Some of those forms are typical fantasy character types like ranger or a guard, but many of the others are more bizarre and include a rat, a horse, and an egg that can break when it rolls into a wall.

To complete the 25 planned dungeons, you will have to swap between forms frequently and combine the skills of each form to create your own hybrid forms. This may be the first game I have encountered with a horse that can wield the bow and arrow of a ranger.

Nobody Saves The World will release in 2021 on Windows PCs via Steam, Xbox One, and Xbox Series X|S.

If no one saves the world then what's the point of the story. You already know there are no heroes and no one will be there to stop the doom of the people. OR..... Are they saying "nobody" because the main character has no set form. He could be anyone. Anything. So he rolls thru the game with no name and saves it so it ends up being like the Odyssey. "Who blinded you?" "Nobody!!!!" Because that's the name Odyssius gave the cyclops.