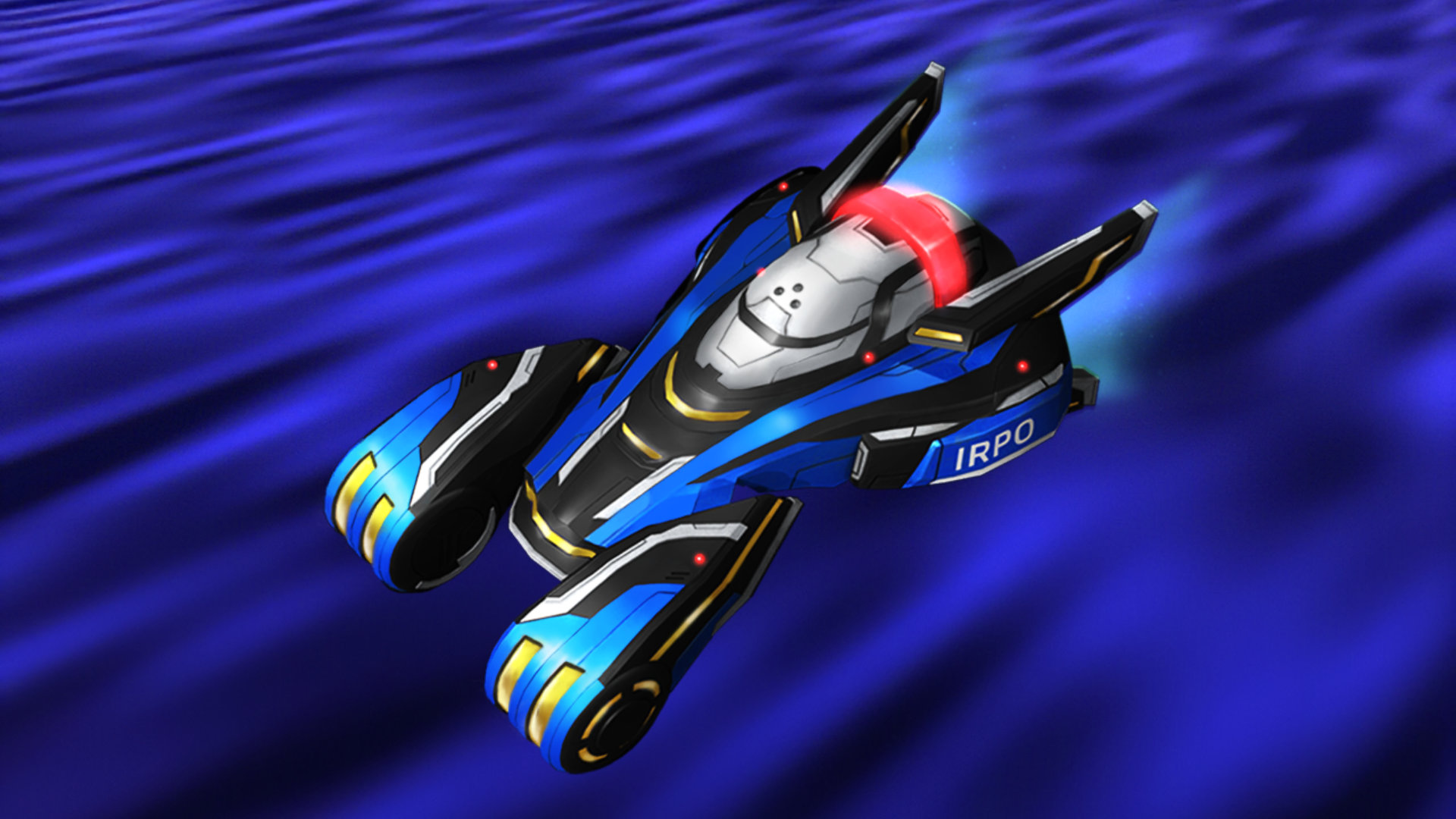 Pollen, my friends, is everywhere in North Carolina this week. The household car, a Toyota Prius, is usually a vibrant shade of red. Instead, it is yellow. Our back door, which I open and shut many times over the course of a given day, is usually a dull grey. Instead, it is yellow. And my sinuses, usually in a mediocre though hardly insufferable state of existence, have decided to blame me for the fact that flora reproduce just as vigorously as fauna. [Editor’s Note: I was really expecting to hear that your sinuses are yellow.]

What I’m getting at here is that I’m staying inside pretty much all week long. The trees should feel free to get it on; after all, they were here long before I was. But as the grass shows its sass and the shrubbery gets all frisky-like, I’ll be here, inside my apartment, playing RPGs.

Boasting one of the most redundant titles I’ve yet seen, Disgaea RPG, which is an RPG, but also so is every other Disgaea, is making its Western debut following a 2019 launch in Japan. In true mobile spinoff fashion, heroes and heroines from across the Disgaea universe will unite to defeat a seemingly endless array of foes. In fact, those foes will indeed be endless… until the game eventually shuts down and we all wonder if it ever truly existed at all. Disgaea RPG is free-to-play, which means yes, it’s a gacha game. Whether or not you’re in the market for yet another gacha will likely be just as important in your to-download-or-not-to-download decision-making process as your relative interest in this franchise. But with a level cap of 9,999, an action-based battle system, and the curious decision to set the game after every mainline entry in the Disgaea timeline, Disgaea RPG does seem to have a few things going for it.

The gods created worlds and set events in motion. Then, in what is oftentimes the Achilles’ heel of godhood, they decided to entrust humanity with guardianship of those worlds, somehow having deluded themselves into thinking that we’re the right race for the job, despite their alleged omniscience. Into The Eternal, entering Early Access this week on Steam, shows what happens to mankind when we’ve gone and done the thing we always do — screwed stuff up — and the gods return, scratch their stubble, and think “wait a minute, maybe we should do something about this.” Enter the Great Exiler, rising from the ocean every nine centuries like some sort of nihilistic whale. Needless to say, it’s up to the player to prove their mettle by preventing the Great Exiler from wiping out civilization, and you’ll do that in an intriguing blend of third-person overworld exploration and two-dimensional “Metroidvania” mayhem. I’m getting Zelda II: Adventure of Link vibes, so when all else fails, use fire.

TaleSpire seems like a great chance for me to impress our dear readers with a German word I learned this week: “megacool.” It means… well, OK, fine, the answer’s fairly obvious. I’m guessing you aren’t impressed, but I’m going to carry on my day as if you were. Why am I praising TaleSpire, you might ask? Especially as I’ve not yet played with it, might not use it for quite some time, and can’t speak firsthand as to its degree of quality I just think it looks rad. TaleSpire invites dungeon masters from all walks of life to adapt their epic campaigns into something sparkly, shiny, and — I’m sorry, look at the little bases the player characters’ gorgeous miniatures are all standing on, it’s just so cute! Cute yet deadly, if the fierce foes here are anything to go by. The developers describe the “game” as “a beautiful way to play pen and paper RPGs online,” and it gives off a vibe of a more fleshed-out, 3D version of something like Roll20, which is just fascinating. Like with a standard tabletop campaign, DMs can mess with their friends and scar their family at any given point, which I assume includes terrifying everyone with sudden storms of flame – but in more tangible fashion than they’re usually able to do. It’s like I just said. “When all else fails, use fire.”

It’s SaGa Frontier Remastered, and without a doubt it’s this week’s heavy hitter. This classic late ’90s JRPG has always been seen as a bit of an odd duck, which is pretty much par for the course with Square Enix’s experimental SaGa franchise as a whole. With seven protagonists, each on their own journeys to handle their own problems on their own time, players had the option to pick and choose whose stories they’d like to pursue first, last, and everywhere in-between. Maybe my colleague Alana would be drawn to Red, a bloke who transforms into a superhero for great justice, whilst my other colleague, Peter, is hooked on the tale of amnesiac robot T260G instead. (Disclaimer: I have no idea who Alana and Peter prefer and I reserve my right to act in complete ignorance if either of them finds out I linked them with a character whom they despise!) Meanwhile, I’m jamming through the ballad of Lute, a wandering minstrel. Whatever the case may be, all our playthroughs will eventually cover all seven heroes and heroines, and watching the main cast interact with each other from time to time across the solar system (!) that SaGa Frontier is set within is a fun treat that enriches the game’s world in unexpected ways.

New to SaGa Frontier Remastered is the inclusion of an eighth protagonist, Fuse, a patrolman working for an interplanetary police force called the IRPO. The concept of telling a story from Fuse’s perspective is actually older than the original game itself; the development staff had intended to do so, but time is money, money is time, and even 1997 Squaresoft’s coffers were not limitless. Much-appreciated quality-of-life improvements such as double-speed mode help to complete the package, with the improved graphics and resolution being the cherry on top. Seriously, SaGa Frontier Remastered looks beautiful. If only the graphics of certain Final Fantasy remasters were as cohesively improved upon!

In 2017, developer Spooky Doorway invited players to grab their trench coats, tap into their sixth sense, and join the Darkside Division as they investigate “the outright bizarre, the downright dangerous, and confusing cases of the Twin Lakes.” Tentacle monsters, zombies with undead ties to infamous mobs, magical misery; The Darkside Detective had it all. Four years later, Detective Francis McQueen is back for six more bone-chillingly absurd cases in The Darkside Detective: A Fumble in the Dark, which was initially marketed as the first game’s “second season.” It’s all rather extra, which is precisely the point. The Darkside Detective: A Fumble in the Dark looks like another full course of classic LucasArts point-and-click nostalgia, so if you’ve got a hankering for that I doubt this game will disappoint.

How are you handling all this pollen? Or is that not a thing where you live? And if that’s the case, what’s the rent like in your neighborhood, and how far is the nearest WiFi-enabled coffeehouse? As I wrap things up, I’m looking outside my window, and you know, it’s a lovely day outside. The crisp breeze, chirping birds, dogs walking their humans, the whole shebang. But if the dogs’ humans are suffering even half as much as I would be were I to venture outdoors right now, well, I can only hope their canine masters are mercifully quick in going about their business.

Are you picking up SaGa Frontier Remastered? Or perhaps one of this week’s other entries has caught your eye instead? Let me know in the comments, if for no other reason than to offer me company in this nasally trying time.

Pollen has to be pressure washed off our porch and deck, man. It's nuts. Not 100% on Saga Frontier. Tried it back in (what?) '98. Find myself not grooving on the Saga series' combat mechanic. Maybe someone will talk me into it, though.

Hmm, yeah. SaGa is nothing if not different when it comes to combat, so that's totally understandable. Maybe see if it pops up at a great price later and check it out then!