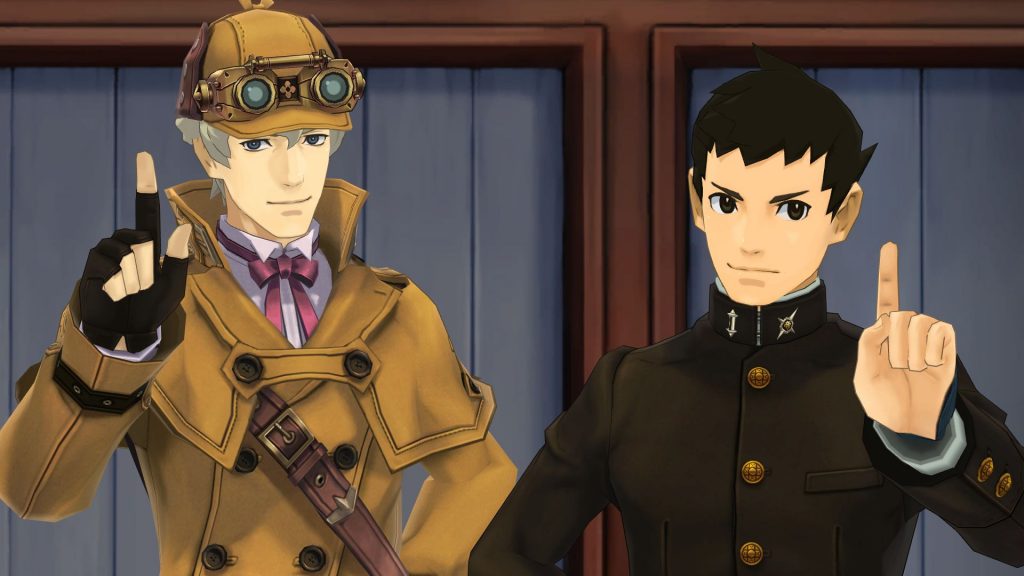 It’s been six years since the first The Great Ace Attorney game released in Japan, and most fans gave up seeing the unique spin on the familiar games anywhere outside that region. The same held true for the 2017 sequel.

We have a bit more to share about the games, but first, let’s watch the brand-new trailer:

Capcom revealed more about the games as well, for those unfamiliar with them:

Ten novel adventures await you, taking place about a century before the events of the original Phoenix Wright: Ace Attorney. As Ryunosuke travels from his home in Japan to foreign soil in Europe, he’ll make his case in court and defend the innocence of his clients. A different region – and a different time period – means a brand new cast of weird and wonderful people that will stand with, and against, Ryunosuke on his many escapades as well. Seems like being a magnet for peculiar characters runs in the family.

For example, there’s Kazuma Asogi, an assertive and dashing student who serves as Ryunosuke’s mentor in his first court case. Joining Ryunosuke on his travels is the well-read legal aide in training, Susato Mikotoba, who’s always willing to lend a hand and a bit of advice to Ryunosuke as he makes his case in court and investigates crime scenes. And of course, you’ll also find assistance from the incredible ace detective…

… Herlock Sholmes! This energetic detective is one of the best in his field, if not a bit, shall we say, over-eager to deduce the true nature of crime scenes and evidence placed before him. His eye for detail can’t be ignored despite his outlandish personality, but it’ll be up to you (and Ryunosuke) to make sense of his wild deductions. Not to be outdone, however, child prodigy and young author Iris Wilson is always willing to lend her expertise to any scenario.

Ryunosuke will meet friends and foes alike on his journey, including dodgy witnesses, enigmatic adversaries, and of course, ruthless rival prosecutors that will stand in his way. There’s the oddly familiar face of Taketsuchi Auchi – a distant relative of the Payne family, perhaps? – and the cold, calculating van Zieks, a prosecutor whose silver hair, steely eyes, and very presence in the courtroom seems to summon the specter of death.

The Great Ace Attorney Chronicles is coming to PS4, Switch, and PC on July 27th, and you can be certain RPGFan will continue reporting on updates to this long-awaited duo of games in the meantime! Read even more on the Capcom-Unity blog linked below!