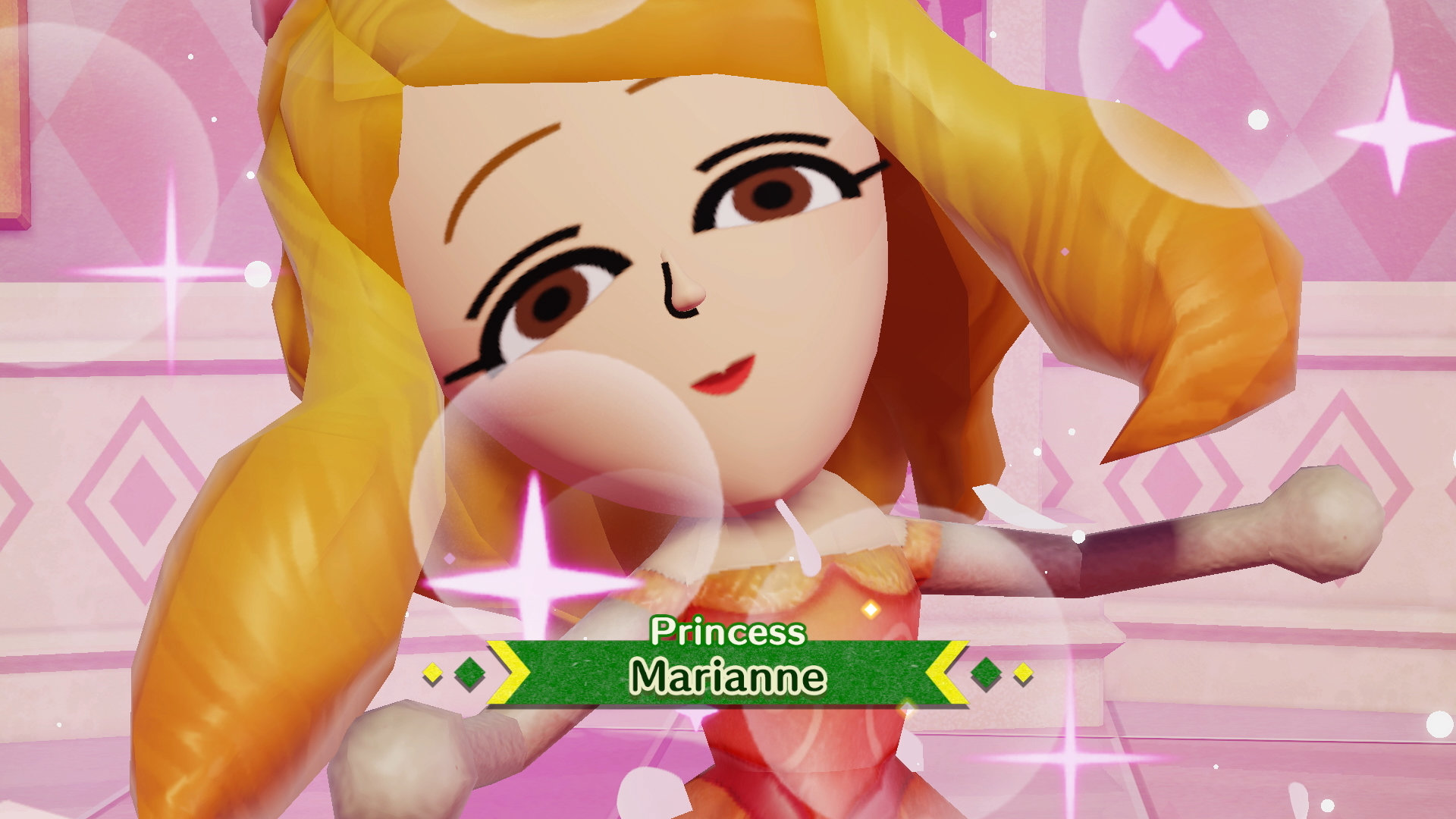 I’ve been playing a great deal of Mass Effect: Legendary Edition (which I love, by the way) as well as my ever-loyal sidekick Final Fantasy XIV. I anticipated some serious tonal whiplash, rotating between the two; one’s a witty, gritty, space opera trilogy, the other is the brilliant, beautiful, never-ending fever dream of Naoki Yoshida and his merry band of Square Enix misfits. In the former, you travel the stars like they’re going out of business. In the latter, the weight of a single Star (capitalization necessary) can be felt in every story arc. You dictate nearly every line of dialogue in Shepard’s quest; for the Warrior of Light, such moments are a delightful surprise. In many ways, these games have precious little in common.

And yet? It hasn’t been that bad. You can gaze upon a gorgeous starry sky whether you’re cruising through space or admiring it from the terrestrial beaches of Limsa Lominsa. You encounter a standout cast of characters in both, and a fair number of them go through substantial arcs in either. You’ll need extra tissues in more than a few scenes on either end of the spectrum. In these games, there are perfect moments to be found, wherein gaming reminds us that it is absolutely an artistic medium with not only the ability to emulate the best aspects of other art forms but to do certain things better than anyplace else.

Good games are good games. Good RPGs are the stuff we savor sweetly. Let’s take a look at this week’s list of lovelies.

“Sunless Skies‘ bleak pondering of cosmic horror and colonialism is probably one of the best game narratives of 2019,” said retired RPGFan reviewer Robert Fenner in his very last article to grace our site. I wasn’t writing here yet at the time, but I distinctly remember reading his review the day it went up and feeling excited about the game. Alas, I’ve not had a PC in ages, so I lamented the wait I’d doubtless endure before Sunless Skies graced home consoles. It’s been a long wait, but it appears to have been worth it. Sunless Skies: Sovereign Edition, a free upgrade for PC players and the inaugural console release, aims to take everything that made the original a hit and crank it up to 11. PlayStation, Nintendo, and Xbox fans will be delighted to know that Sovereign Edition incorporates every gradual improvement developers Failbetter Games have made in the interim, but everyone will rejoice over revamped character progression, a better UI, a more intricate bevy of backstory choices, and new ways to improve your captains’ capabilities even past their level cap. Failbetter Games has also “reworked and extended the starvation mechanic” with “increasingly dubious gastronomical options.” I can’t say that last bit has me salivating, per se, but all things considered, I don’t mind the two-year wait for such an enhanced version of Sunless Skies.

Clannad Side Stories – May 20th (Switch)

I’m not one of those fellows who refuses to cry in public, nor am I the sort of person who never cracks. I crack. The silliest darn things can make me misty-eyed. But there’s a difference between misty eyes and full-blown cryfests. The anime adaptation of Clannad, a visual novel that at the outset seems like so many others – you’re a high school guy, there are several women around you, there’s a school club, oh my! Without giving away anything specific, Clannad (in both its anime and original game form) eventually moves beyond this setup, taking a no-holds-barred look at when young adulthood turns into a tempest of misery, grief, and the sting that comes with the knowledge of missed opportunities. Yeah, this one crushed me hard.

When I first heard about Clannad Side Stories, originally released for PSP in Japan way back in 2010, I mistook it for one of those “what if we turned something dark into something funny instead” spinoffs that so many successful franchises have received. By the time the game crossed the seas and landed on Windows platforms in 2016, I realized that it is, in fact, a more or less “official” look into the lives of characters whose stories were either left untold or not given the depth that others received. It’s at turns moving and giggle-inducing, much like the first half of its flagship. Finally joining its elder brother on Switch this week, Clannad Side Stories is my next big bedtime story. Bless your portability, Switch.

Well, Clannad Side Stories got me on my soapbox for a sec, but don’t worry, the Early Access launch for old-school CRPG Fabled Lands isn’t summoning forth any tears. At least not yet. In the game, players will be tasked with traveling across a war-torn kingdom, surviving the plains of “howling darkness,” and escaping the “Court of Hidden Faces.” I’m not sure if Fabled Lands is the type of game to make me cry ugly tears over the loss of a beloved character, but with quest objectives like these, I can foresee some tears over the difficulty of such an adventure! Fabled Lands is based on the series of fantasy gamebooks written in the mid-nineties by Dave Morris and Jamie Thompson. The series was planned to be released across twelve volumes but, despite strong reviews, it was cancelled midway through. Plenty of information is available on books seven through twelve, and the seventh was successfully funded via Kickstarter in 2018, but there’s presently no word on whether or not we’ll ever see those final five.

Video games can offer surprising opportunities at times, and it’s great to see an intriguing world like this one given another chance in the limelight courtesy of Bulgaria-based developer/publisher Prime Games. Just bear in mind if you dive in now that Prime Games is targeting a vague “2022” for the final release, so you’re in for a wait to see the whole package come to fruition.

Some things in life feel inevitable to me. Miitopiagetting a second lease of life on the Switch is not one of them. Nintendo’s hybrid console hasn’t exactly emphasized the Mii side of the company’s Wii-craze era. Back then, everyone and their great aunt Kathy were compelled to create a quirky cartoon representation of themselves (or their mortal enemies) and then play as the cheeky caricatures in games like Wii Sports. Released in Japan a few months before the Switch’s launch and overseas a few months afterward, Miitopia already felt half akin to a relic to me when it was first announced. Was this a more self-aware sequel to the flawed Mii-centric adventure gem called Tomodachi Life? I’m still not quite sure what to make of Miitopia, even as someone who played it on 3DS. In many ways, it’s a bog-standard RPG with the strange bonus of the Mii aesthetic. The story is rote, but there’s some fun to be had along the way to its conclusion.

Miitopia‘s Switch remaster does offer more than simple (though welcome) graphical enhancements. The Mii Editor is bursting with personality now, more versatile than ever before. There’s something to be said for getting lost in a good character creator, especially when it’s as incredulous as Nintendo’s. You can also tame, befriend, and battle alongside a horse now, which is perhaps — neigh, for sure — kind of a big deal. “Outing Tickets” provide opportunities for Miis to befriend each other further while acquiring sweet loot and bonus experience points. There’s a fair bit of tweaking under the hood as well. Will it be worth a double dip? I’m not yet sure, but if the game looks like a good time to you, or if you’re a returning veteran of the Mii Wars (I made this term up, for the record) who loved every second of the 3DS version, you’ll find a lot to love here.

What’s got your attention? Or maybe you’re one of those lucky folks who purchased the Digital Deluxe version of Shin Megami Tensei III Nocturne HD Remaster and you get to play it on Friday, ahead of its formal May 25th release!

As for me, I’ll be continuing to save both the galaxy and Eorzea via Mass Effect: Legendary Edition and Final Fantasy XIV. You know, you’d think saving the universe would be more complicated, but sometimes I get stumped on an instanced duty in FFXIV and realize that’s simply not the case.

See you again next week!

You missed legend of heroes on May 22.