Ambition: A Minuet in Power Romances Its Way to PC & Mac on May 26th 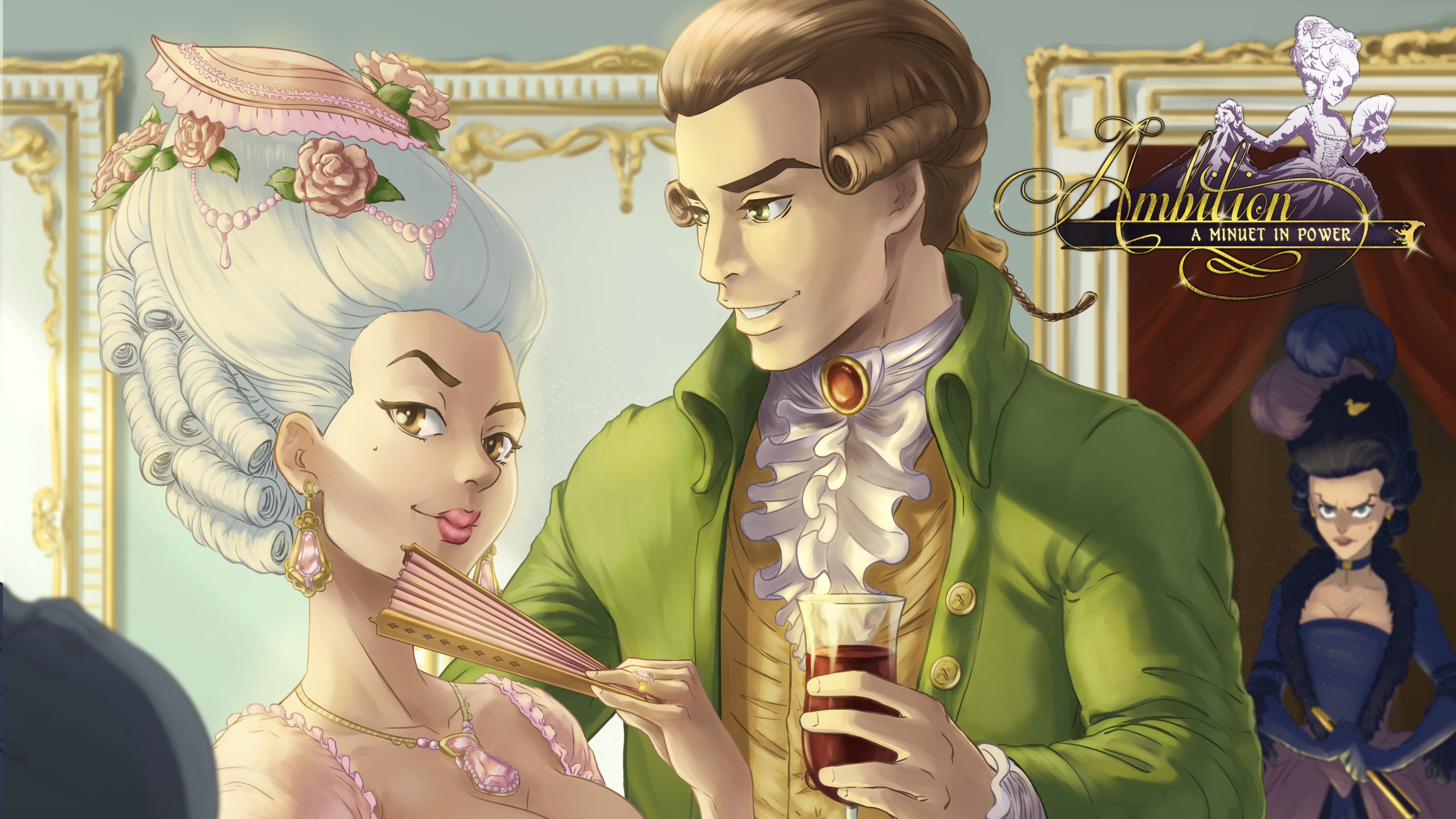 Paris: The City of Love. In Ambition: A Minuet in Power, you learn this phrase first-hand in 18th century Paris! This dating sim features rogue-lite RPG elements and releases for PC and Mac on May 26th!

Behold the power of love in the PC release trailer below:

About Ambition: A Minuet in Power:

18th century Paris is a city of love, lies, and revolution. You are Yvette – a woman of fashion left to fend for yourself in Ville De L’amour when your fiancé Armand disappears.
Date a cast of unforgettable characters. Amass the wealth and respect you deserve. Engage in gossip that can alter the course of history, or lead you to the guillotine.
Feast your eyes on our trailer here!
A Cast Of Unforgettable Characters
Fall in love with a sprawling cast of fully realized characters. Enjoy the company and learn the secret histories of mysterious priests, wronged soldiers, wealthy widows, and more! Don’t worry, if you’re discreet, you won’t have to pick just one.
Explore A Living, Scheming World
Use your calendar to plan your commitments each week in Paris, and more importantly, who you do them with. In a city marching towards revolution, time is of the essence, and your enemies have agendas of their own!
Love Is Power
Ensnare the hearts of Parisian nobles and use their influence to your advantage. Change the outcome of political events, snub your rivals, and be lavished with expensive gifts. Turn gossip into profit by selling the secrets you learn, but be careful! Your own credibility and security are also at stake. The choices you make can yield great rewards and change the course of the story, but dire consequences could arise if you’re caught!

Along with PC and Mac, Ambition: A Minuet in Power releases for the Nintendo Switch later this summer. Stay tuned to RPGFan for RPGs, visual novels, romance and more!