NEO: The World Ends With You Preview 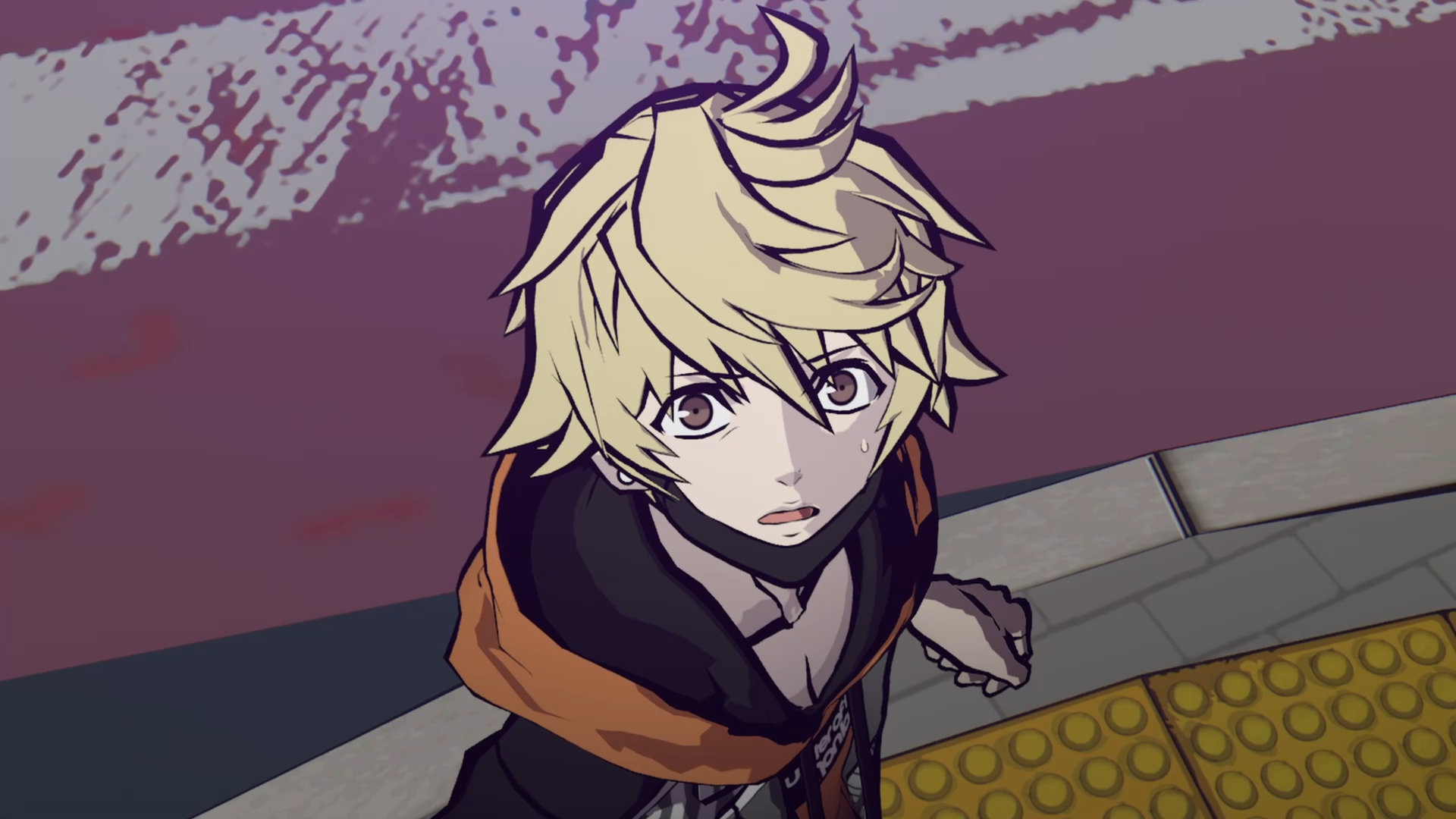 In the world of video games, getting a sequel fourteen years later is unheard of. This is the sort of affair reserved for Duke Nukem or Half-Life. Regardless, the hit 2007 title, The World Ends With You (TWEWY), has found its way back in the spotlight with NEO: The World Ends With You. I had the opportunity to get my hands on a preview demo of the first two days of NEO recently, and it is undeniably TWEWY.

NEO follows lead protagonist Rindo and his friend Fret, two high school kids in Tokyo, Japan, hanging out in Shibuya. The two carry on in casual banter when Fret reveals a pin he bought from someone. Rindo looks at the pin speculatively, and then something happens. For some reason, the two boys are the only ones to notice wolves darting around the Shibuya Crossing, the rest of the denizens going about their business. Confused, they spot more differences, like being unable to text people they could moments earlier, reading people’s minds, and walking through people.

Rindo and Fret soon discover they’re involuntarily taking part in the Reapers’ Game. Earn enough points to win your heart’s desire or face erasure. The rest of the demo flows in this nature until the end of the second day. Rindo and Fret learn a bit about their new life and have no choice but to participate in this game. For the most part, this means solving simple riddles based on the environment and fighting noise.

One of the defining features of The World Ends With You was its battle system. Making excellent use of the Nintendo DS, players would use the stylus on the bottom screen and hit buttons to control another character on top. Although too much to pay attention to for many, others loved the frenetic playstyle. Matching the same sort of feel seems difficult for a console or PC release of the game, but the battle system in NEO: The World Ends With You emphasizes fast-paced button-mashing, dodging, combos, and alternating control of characters amidst battle.

Each character has a pin equipped that correlates to a single button in battle (such as square or triangle). During battle, characters spam, charge, or hold attacks on enemies. Each attack boasts different elemental properties, ranged vs. melee targeting, and individual experience points to level up the pin. When certain circumstances occur in battle, an attack triggers the ability to combo with another character’s attack. Simply pressing that pin’s button changes focus to that character and can add to a gauge that activates an ultimate attack once at 100%. Though derivative so far, the focus required keeps each battle engaging. Time will tell if NEO will add some needed spice to the recipe.

Speaking of food, accessing the menu offers a variety of options, one being an encyclopedia of collectibles. Gamers who love “catching ‘em all” will be busy with NEO, because there’s a nigh-endless opportunity to collect songs, food, attire, noise, pins, and so on. Each entry has some flavor description, tasteful visuals, and combat details. Of course, TWEWY fans will quickly realize that manipulating drop rates by adjusting player level and enemy difficulty can make the grind for pins much easier.

One of my big asks in NEO: The World Ends With You is for the music to match TWEWY’s quality. Takeharu Ishimoto returns as composer with several new hits out of the gate. Ishimoto does revisit some old favorites—you’re still in dire need of more candy cane—but everything in NEO‘s score feels fresh while maintaining the vibes of its predecessor. I imagine fans who want more of the same will be satisfied, especially because so few games have this style of music.

Visually, there’s no question that NEO is TWEWY’s sequel. Bold, thick lines outline characters with simple, bright colors bringing people and Shibuya to life. While the art is stylistically similar to The World Ends With You, something doesn’t feel quite the same. Maybe the 3D nature of this modern release doesn’t inspire feelings akin to the Nintendo DS release, or perhaps the enhanced graphics just set it apart from the original title. Whatever the reason, NEO is definitively similar to TWEWY, but still a bit different.

The two-hour preview left me with the hope that NEO is going to satisfy TWEWY fans. Though with a fourteen-year gap, people’s tastes may have changed, and the admittedly adolescent dialogue may not jive with everyone. Expect to collect pins, spam buttons, and experience an artistic rendition of NEO: The World Ends With You later this summer.

NEO: The World Ends With You releases on July 27th for PS4 and Switch, with a PC release coming later in the summer.