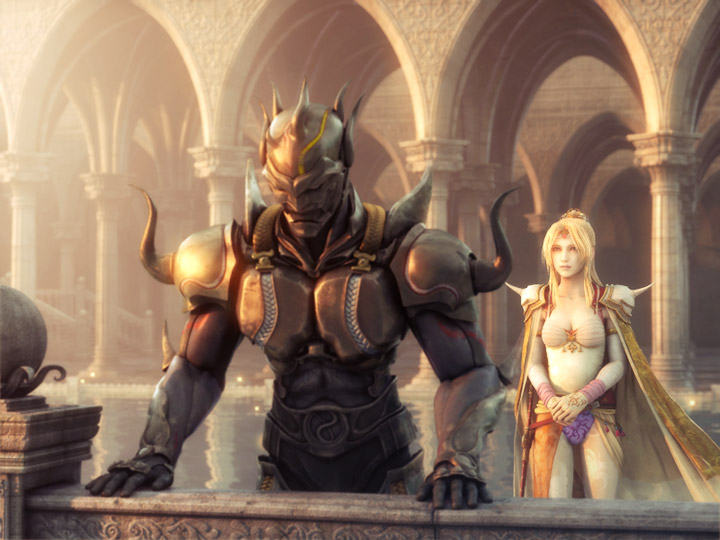 As spotted by some eagle-eyed folks over at TouchArcade, Square Enix has pushed out small updates to Final Fantasy III and Final Fantasy IV on iOS and Android.

As you can see in the image below, both titles now sport a clear new “3D REMAKE” label on their icons, and the app names themselves even include “(3D REMAKE)” now.

Final Fantasy IV has been released in many forms over the years, from the original SNES release, to an updated-with-FMV PlayStation version in 1997, the Japan-exclusive WonderSwan version in 2002, the excellent Game Boy Advance port in 2005, 3D remake in 2007 that originally launched on Nintendo DS (and later to iOS, Android, and P), and finally, the stunning, please-remake-all-the-classics-like-this PSP version from 2011.

Meanwhile, Final Fantasy III has seen less distinct versions, but has been widely available on many platforms over the years. Originally released on the Famicom/NES in 1990, this version of FFIII never saw an English release. A planned WonderSwan version never materialized, but in 2006, Square Enix released a 3D remake in the same style they would use for FFIV the following year. This version also started as a Nintendo DS game, before coming to PC, PSP, Android, and iOS (in distinct iPhone and iPad versions at one point), and has been the sole version that English-speaking audiences have been able to play.

Whew, that was more of a history lesson than most of you probably wanted or needed! The point is, Final Fantasy III in English has basically existed in nothing but a 3D form in the West. And unless you track down the PSP, PSone, or GBA versions of Final Fantasy IV, the 3D version is also the “current” way to play Cecil and Kain’s adventure. That Square Enix is suddenly denoting these “standard” releases as specifically “3D Remakes” is significant. It could mean that mobile (and other?) platforms may be graced with the PSP version of Final Fantasy IV. It could mean that, for the first time ever, the West may see a 2D version of Final Fantasy III, but in what form? As an 8-bit game, the original version sitting alongside shinier 2D remakes may look strange.

At this point, we only have speculation as to what any of this means, but the fact that Square Enix went out of their way to re-brand these “standard” versions as something specific right before E3 must mean something. And while I won’t dare get any of our hopes up for the kind of remake that would blow the minds of our collective childhood memories, it’s easy to dream, isn’t it?

Stay tuned as E3 and other game events unfold over the next couple weeks, and hopefully we will be able to shed some light on this new moniker!

Have hovered my finger over the buy button for mobile FFIV many times, but it’s too revolting of a concept to earn my money. Please, please, please let this mean I can finally replay it on a modern device sometime.