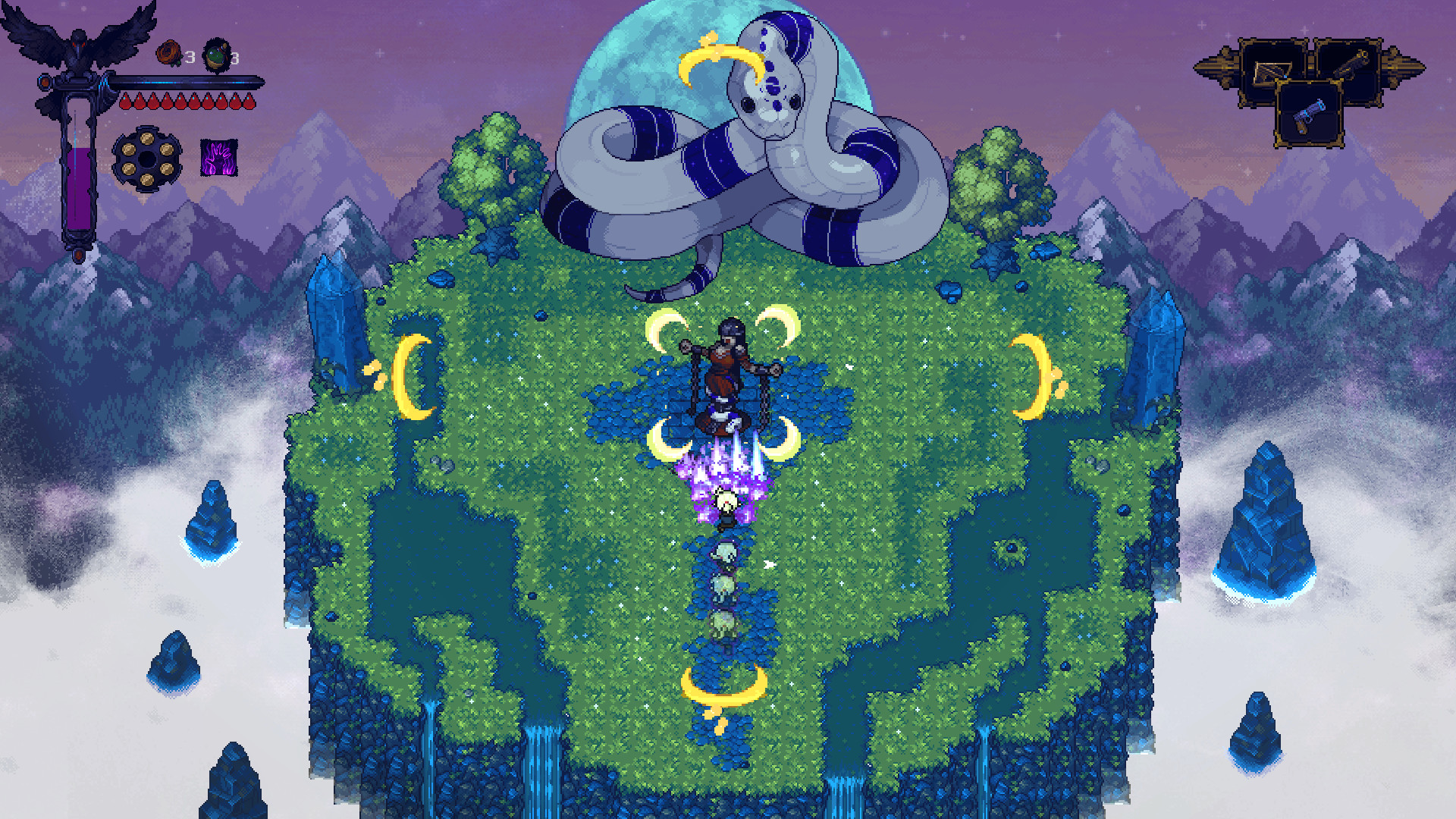 What do you get when you mix classic Zelda-style graphics and exploration with the challenge and tone of a Souls-style dark fantasy game? Hunt the Night, promises publisher DANGEN Entertainment and developer Moonlight Games, who just announced the game for worldwide release on PC, Switch, PlayStation 4, and Xbox One.

Hunt the Night thrusts you into the shoes of Vesper, a warrior on a quest to save humanity in a dying world haunted by the nightly arrival of what look like some pretty horrifying creatures. The game boasts customizable character builds, upgradable equipment, a variety of questlines, and other accoutrements you’d expect from a Souls-like—except this one offers a 16-bit aesthetic, top-down gameplay, and a soundtrack by Secret of Mana‘s Hiroki Kikuta. Color me excited!

Hunt the Night‘s release date hasn’t been announced, but you can already add the game to your Steam wishlist. For more on Hunt the Night, stay tuned to RPGFan!