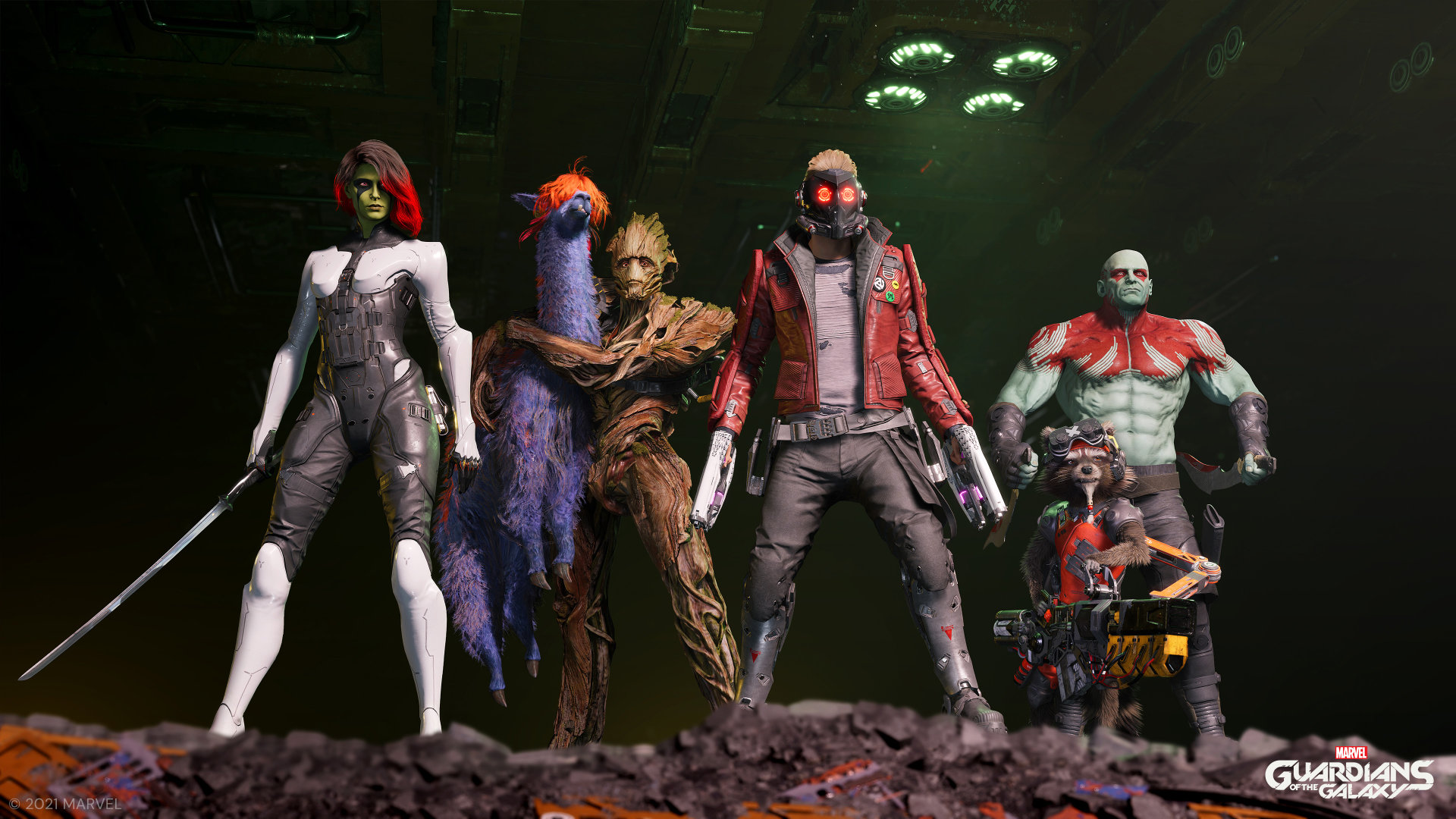 Square Enix made one thing perfectly clear at today’s E3 showcase: this particular event is quite centered on their Western studios. Not only was Eidos Montréal’s world premiere the biggest thing Square showed, but it also gobbled up by far the largest share of screen time. Clocking in at roughly half the length of the 40-minute presentation, no expense was spared in the process of blowing the lid off of the video game adventures of Peter Quill and his eccentric peers with Marvel’s Guardians of the Galaxy.

Starting things all hot and fresh-like was the game’s official reveal trailer, which introduces us to Eidos’ vision for the infamous Guardians.

Described via Square Enix’s press release as “a bold third-person narrative action-adventure game which combines original storytelling with electrifying single-player gameplay,” which is a lot of words but I think I understand, Marvel’s Guardians of the Galaxy has evidently eschewed Crystal Dynamics’ service-driven, co-op Marvel’s Avengers for something more solitary and bursting with banter.

Plenty more footage is accompanied by developers hyping up the action with an accompanying deep dive trailer:

It’s evident that the folks making the game are having fun, or at least, they’re very good at pretending they’re having fun. I’m assuming the former, but maybe they’re all secretly actors or something. Either way, good for them.

Far and away the heaviest portion of the reveal segment was an extensive (11 minutes!) overview of Marvel’s Guardians of the Galaxy in action. We begin with witty crew back-and-forths, including a player input decision to sell either Groot or Rocket Raccoon. (Don’t you dare sell Groot.) Supposedly, Guardians‘ story will genuinely play out differently per player choice, so that’s nifty.

What follows is a ton of gunplay, flashy powers, Deil May Cry-esque indicators of how well you’re doing, and a whole lot more dysfunctional surrogate family chatter.

Marvel’s Guardians of the Galaxy will launch on October 26th for PS5, PS4, Xbox Series X|S, Xbox One, and PC. Goodness, that’s practically right around the corner.

For even more great classic rock songs, check out Spotify.