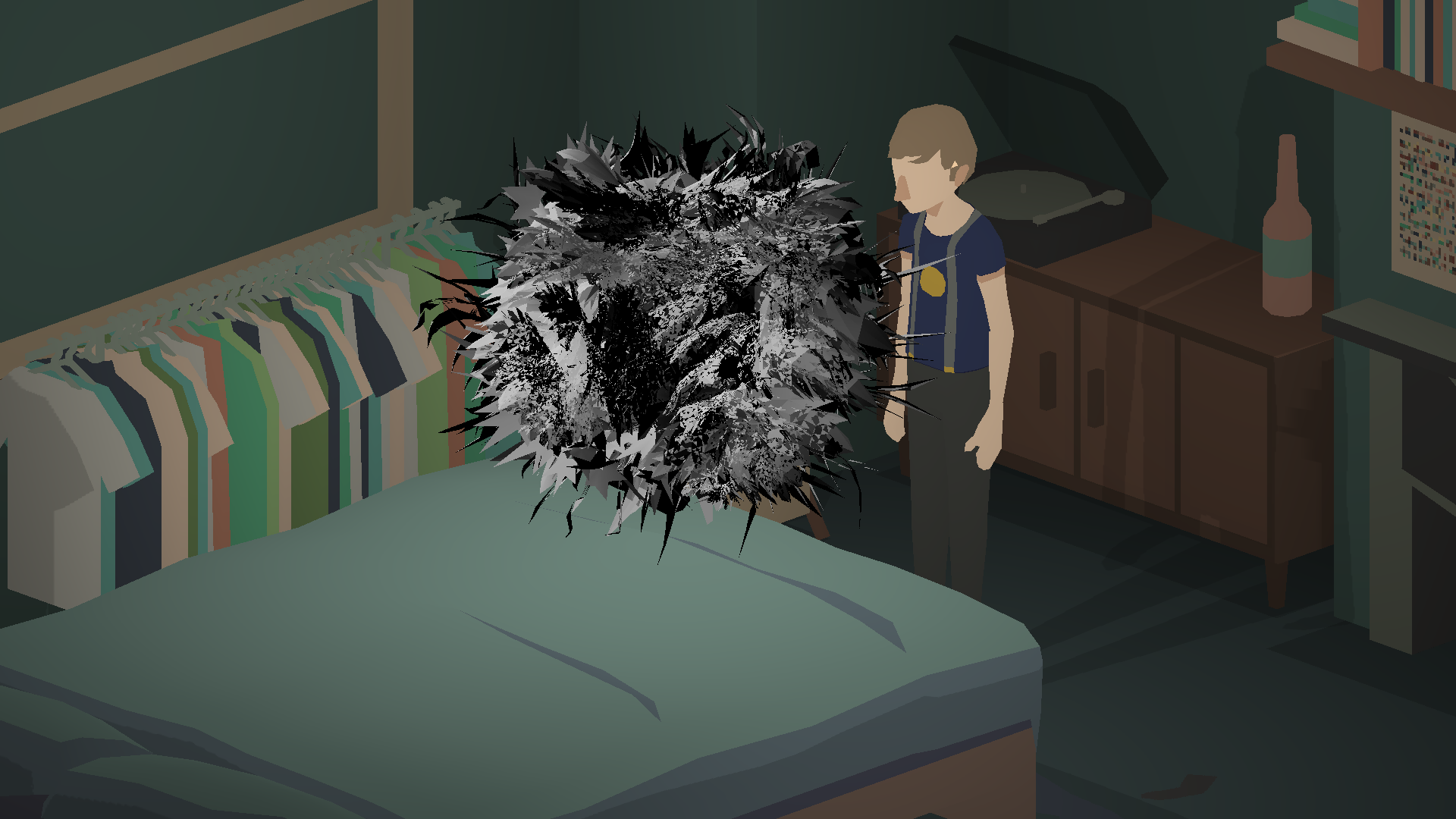 You’ve graduated college. Congratulations! Now what? Many people go down different paths, and No Longer Home is a semi-autobiographical, point-and-click based on the experiences of developers from Humble Grove. The team released a new trailer during Summer of Gaming 2021, discussing their experiences and revealing new gameplay footage.

Watch the trailer below:

About No Longer Home:

Bo and Ao: two recent university graduates prepare to move out of the flat they lived in together, over the past year. Both struggle to find work and meaning in post-education life. Disillusioned with their time in the UK and forced out of the country by a government who doesn’t want them there, Ao prepares to move back to Japan, leaving their friends and Bo behind. Home seems like a difficult place to hold on to, and deep under their South London flat, something grows…

“No Longer Home” is a semi-auto-biographical point and click game, set in a magical realist world. Wander through an intimate flat, and examine the everyday belongings of Bo and Ao. Delve into their thoughts and insights, and mould your interpretation of the characters through branching, multiple-choice dialogue. Have BBQs, play video games, and stay up late just talking in bed. It is made by a core team of: Humble Grove (Hana Lee & Cel Davison), Adrienne Lombardo and Eli Rainsberry. As well as with the contributions of other artists and musicians.

No Longer Home is planned to release later in 2021 for Steam on Windows, Mac OS and Linux. If you want to step into the shoes of Ao and Bo now, a demo is available for download. If that isn’t enough, a prequel, titled Friary Road, is available on Humble Grove’s itch.io page.

Stay tuned to RPGFan as we learn more!