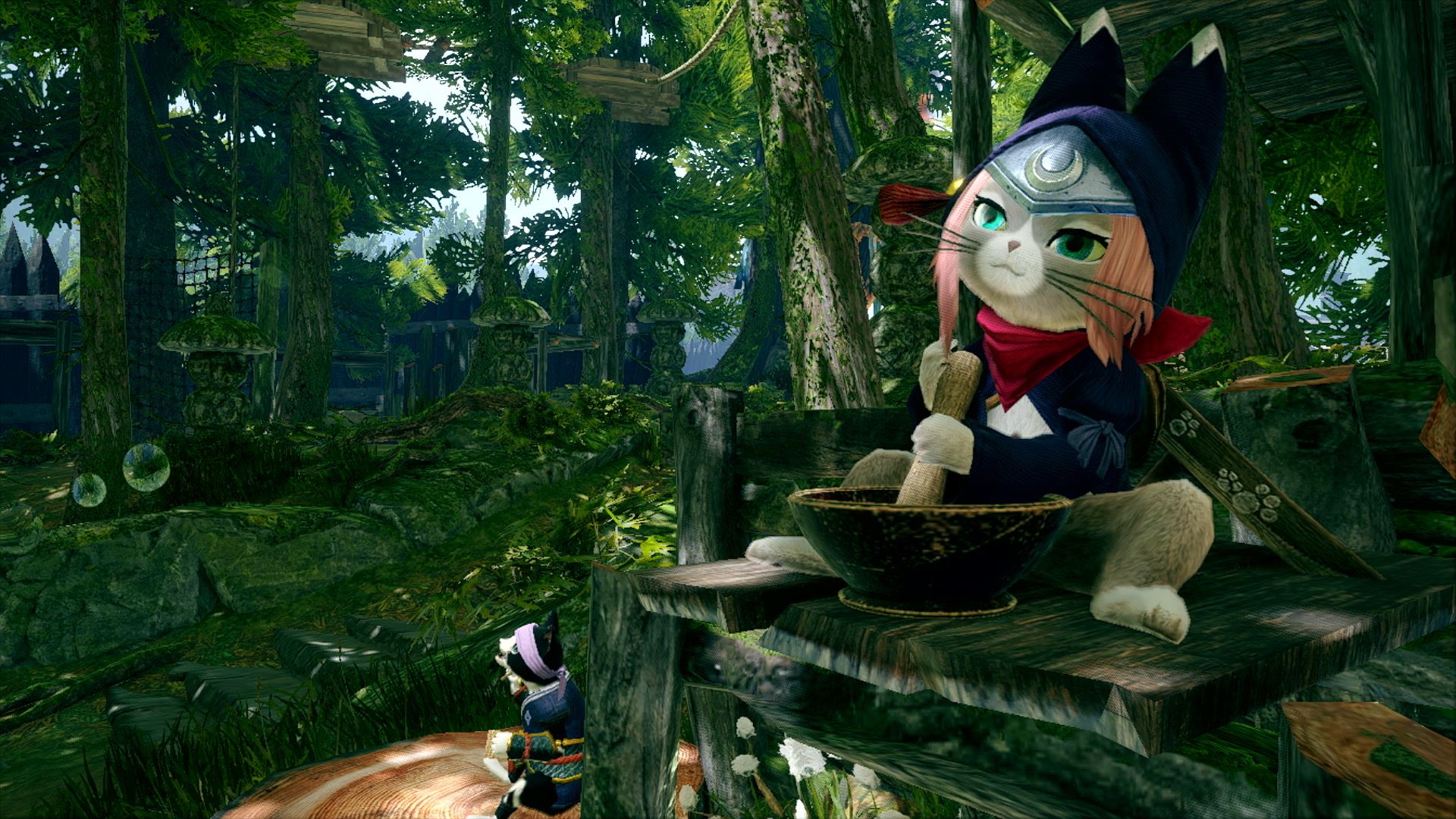 With over seven million copies sold, Monster Hunter Rise isn’t going anywhere, and Capcom made that pretty clear during their E3 presentation. While the focus was on their upcoming RPG spin-off, Monster Hunter Stories 2: Wings of Ruin, we did get a peek at what hunters will have to play with when the newest Rise patch comes out, plus some other things to tide players over until then.

Here’s what the next few months of Rise has to offer:

So who do I personally thank for that title card? It’s adorable.

The first thing the trailer introduces us to is the first part of the Capcom Collab, which conveniently is with Monster Hunter Stories 2! On June 18, a new quest event reward will become available for your Palico – an armor that makes your feline friend look like Tsukino from Stories 2. I wouldn’t dress my Palico in anything but that. Then, starting on July 9th, you can use your save data from Stories 2 to get the Rider armor for your hunter. It’s designed to look like one of the dragons, with glowing handguards on the gloves. The trailer also showed your hunter running away with eggs, just like in Stories 2, so it looks like the games will be sharing a lot of ideas with each other!

Next, the upcoming update, version 3.1, looks to be jam-packed like the previous ones. There’s plenty of new missions to download which will task you with taking down more huge monsters, including a menacing but extremely fluffy bear with very sharp claws. There’s also lots of new cosmetics, like leather pants and sunglasses. Y’know, the essentials. I don’t even want to think about how uncomfortable it would be to fight anything in a desert with leather pants. Easily the best part of the update comes in the form of some new paid DLC, where you can change your Cohoot to look like a penguin chick.

Yep. A flying penguin chick. Pack up everyone, this is Game of the Year material. I cannot get over how fuzzy the little chick looks. And it flies. We’ve only got to wait until June 24th for the patch to drop, which is only 10 days! I’ve only skimmed over some of my favourite parts, but there’s stickers, events, and more to look forward to!

Capcom also rounded off the trailer with a neat little roadmap, and it showed us that version 3.2 is only just over a month away, with 3.3 following in August. It’s safe to say Rise has dug its claws in, and we can’t get enough of it.

We’ll continue updating you on the hunt as we get more information. Until then, start saving your eShop points (or pennies) for that penguin!