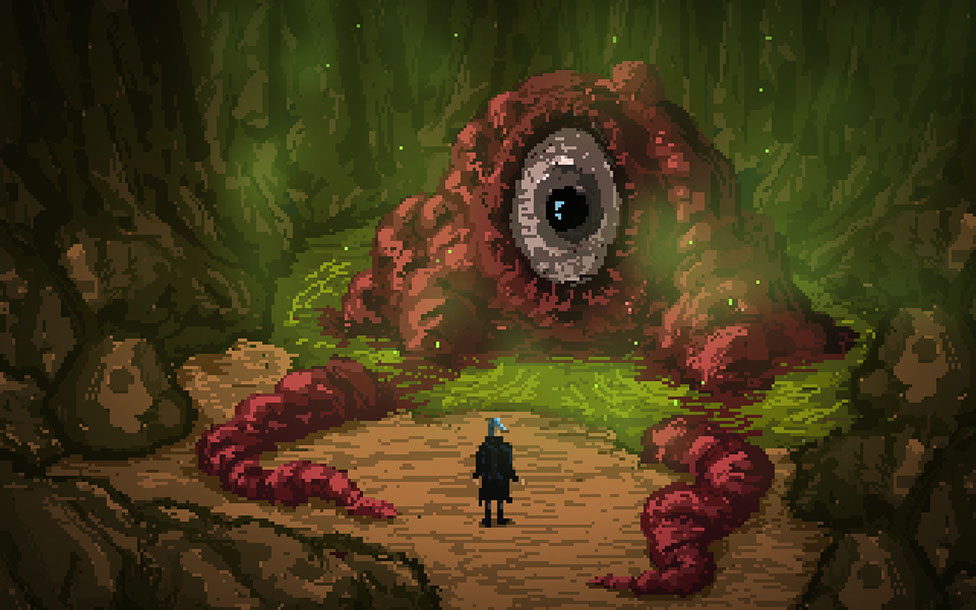 Humanity hungered for adventure and traveled to an alien planet only for the planet to hunger for them! During the Summer of Gaming 2021 event, we got a new, disgusting look at the action RPG Death Trash.

Watch the gross new trailer below:

Humankind traveled to the stars and settled on the planet Nexus with its ancient secrets of stone and flesh. The machines were installed as protectors, but they were corrupted and brought terror.

You are a raider among the ruins of the past.
But fate might lead you to the Bleeding Head Oracle, the Evergrowing Heart and towards a war with the machines, giving you the power to mend or destroy.

An action role-playing game with combat, stealth, dialogue, inventory, attributes, skills, item crafting and psi powers where you fight against machines and larger-than-life beings or become their friend.

Customize your own character through stats and making choices and take a journey through a story-based campaign with lots of freedom and side missions.

Death Trash releases for PlayStation 4, Xbox One, Nintendo Switch, Windows, Mac OS X and Linux via Steam and itch.io. There is no set release date yet, but the game will go into Early Access via Steam on August 5th. Stay tuned to RPGFan for more info!