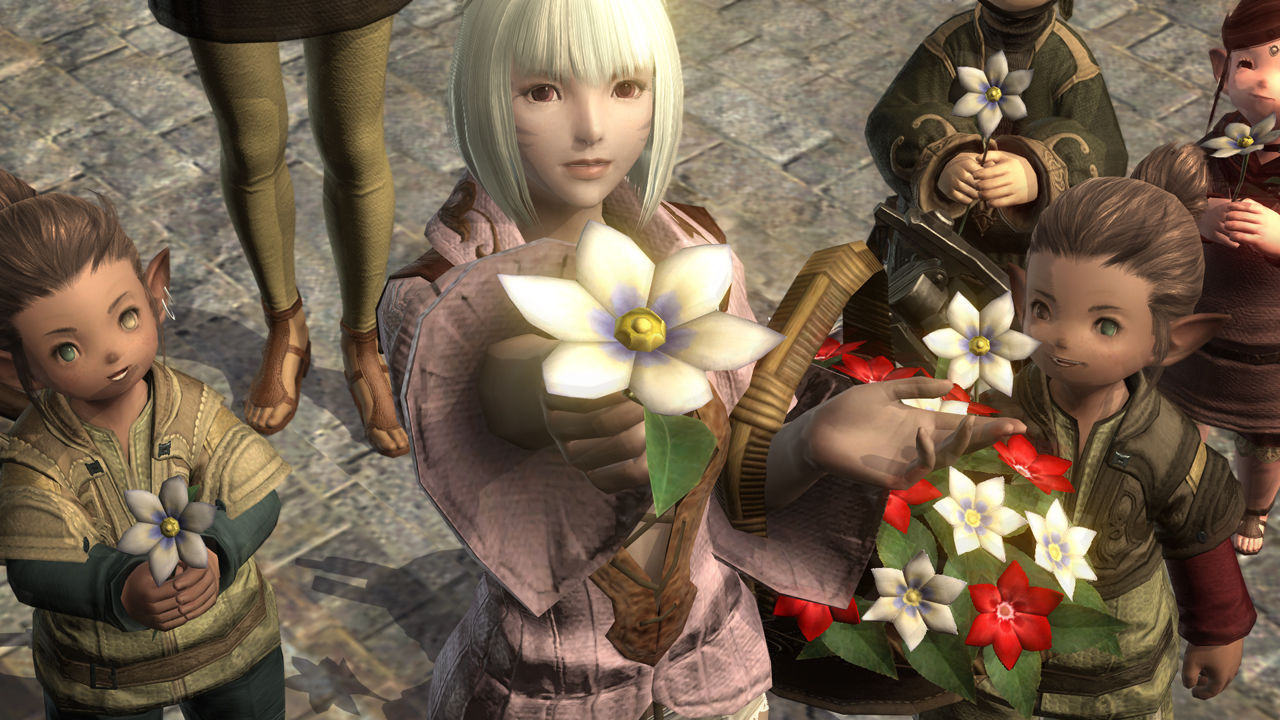 It was 2013. Final Fantasy XIV: A Realm Reborn was about to launch. The world — well, maybe not the world, but certainly Square Enix stockholders — were waiting on pins and needles to see if the unprecedented decision to reboot a dead-in-the-water MMORPG would pay off. Success would immortalize the costly move as razor-smart and uncommonly savvy. Failure, on the other hand, could spell the sort of doom and gloom few publicly traded companies can weather bloodlessly.

In fact, not only did A Realm Reborn take off at a good clip, the number of players attempting to begin their Eorzean journey was magnitudes greater than what Naoki Yoshida had anticipated. Yoshida, formally FFXIV 2.0’s director and producer, was more aptly regarded at the time as the game’s maxed-level white mage. His vision for the game’s step-by-step revival was the genuine realization of the kind of crazy nonsense late-1990s kids believed they could resurrect Aerith with. Square’s greatest catastrophe was fast becoming a heroic ballad. So, what did Yoshida do when FFXIV‘s servers were ruthlessly pressured by a shocking degree of player interest?

That’s Yoshi-P for you. Humble almost to a fault. He’s had to apologize numerous times in the years since a realm was reborn. More often than not, it has been because of entirely unforeseen circumstances such as COVID. When COVID swept across Japan, he was deeply apologetic about the fact that it would slow down his team’s output. That’s the kind of guy he is. So now that Final Fantasy XIV is experiencing explosive growth the likes of which the game has never before encountered, and servers are congested to a detrimental degree, it’s only natural that Yoshida would tell us he’s sorry:

As producer, the responsibility for being unable to predict the current influx of new players falls to me. The days before an expansion’s launch are supposed to be ones of excitement, but instead they’ve brought many players grief, and for that I, personally, am extremely sorry.

Yoshi-P. Baby, no. This isn’t your fault at all. You and yours have crafted the best MMO on the market, and I’m not just saying that as a dyed-in-the-Wooloo Final Fantasy diehard. It’s just true. And if it’s equally true that there’s been a mass exodus from World of Warcraft over to Eorzea lately — it certainly seems that way, but it would be disingenuous of me to say so without access to cold, hard data — then the fault lies with the folks at Activision Blizzard who are making some clearly controversial creative decisions.

Moving on, Yoshida’s special letter to the fans doesn’t just illustrate that he’s aware of the problem; it also details ways in which the team intends to deal with it. Thus far, North American players actually have things a bit easier than their European friends. This is thanks to recent updates to the server infrastructure that have granted relief in the form of higher max logins at any given time.

As it happens, the matching servers used in the North American data centers were recently upgraded to higher-performance models. Continued optimization of this new equipment has allowed us, as of July 16, to increase the maximum number of simultaneous logins across the NA data centers by 18,000, or approximately 750 per World server.

Luckily, since this letter, Yoshi-P has given us a further update to say that the login cap on EU servers has been increased already. But there are still two big issues blocking the way to even better days; are a global semiconductor shortage and COVID-related travel restrictions. Server infrastructure personnel are having a bog-ugly time securing flights to data center locations worldwide, preventing them from doing everything that needs to be done.

As for that semiconductor shortage, if you’ve been in the market for a new PS5, Xbox Series X/S, or PC graphics card there’s a good chance you’ve bumped into this issue lately as well. It’s kind of a big deal. And it’s sad to see it affect the industry in yet another fashion.

In wrapping the letter, Yoshida had nothing but grateful sentiments (and further apology) toward Final Fantasy XIV‘s millions of fans.

For years, we have watched devoted players from around the world stream their time with FINAL FANTASY XIV, and now, we sit in awe while new fans join their ranks. As we enter our final push in the development of Endwalker, it is this constant flow of positive energy that motivates all of us on the development and operations team to carry on. Nothing can compare to the feeling we get watching you enjoy playing the game we’ve created.

We are aware of the burden we have placed on our player base, and are working diligently to lighten it in the coming weeks and months. We will continue to develop measures to combat server congestion, and will keep you up to date with any and all developments in this area.

You can be sure these issues will be tackled in time. Creative Business Unit III, Yoshida’s very own segment of Square Enix development, is well known for its speedy attention to detail. Though with Endwalker indeed looming just four months out on the horizon, it’s nigh-impossible that we won’t be dealing with wild, stormy login queues again in due time.