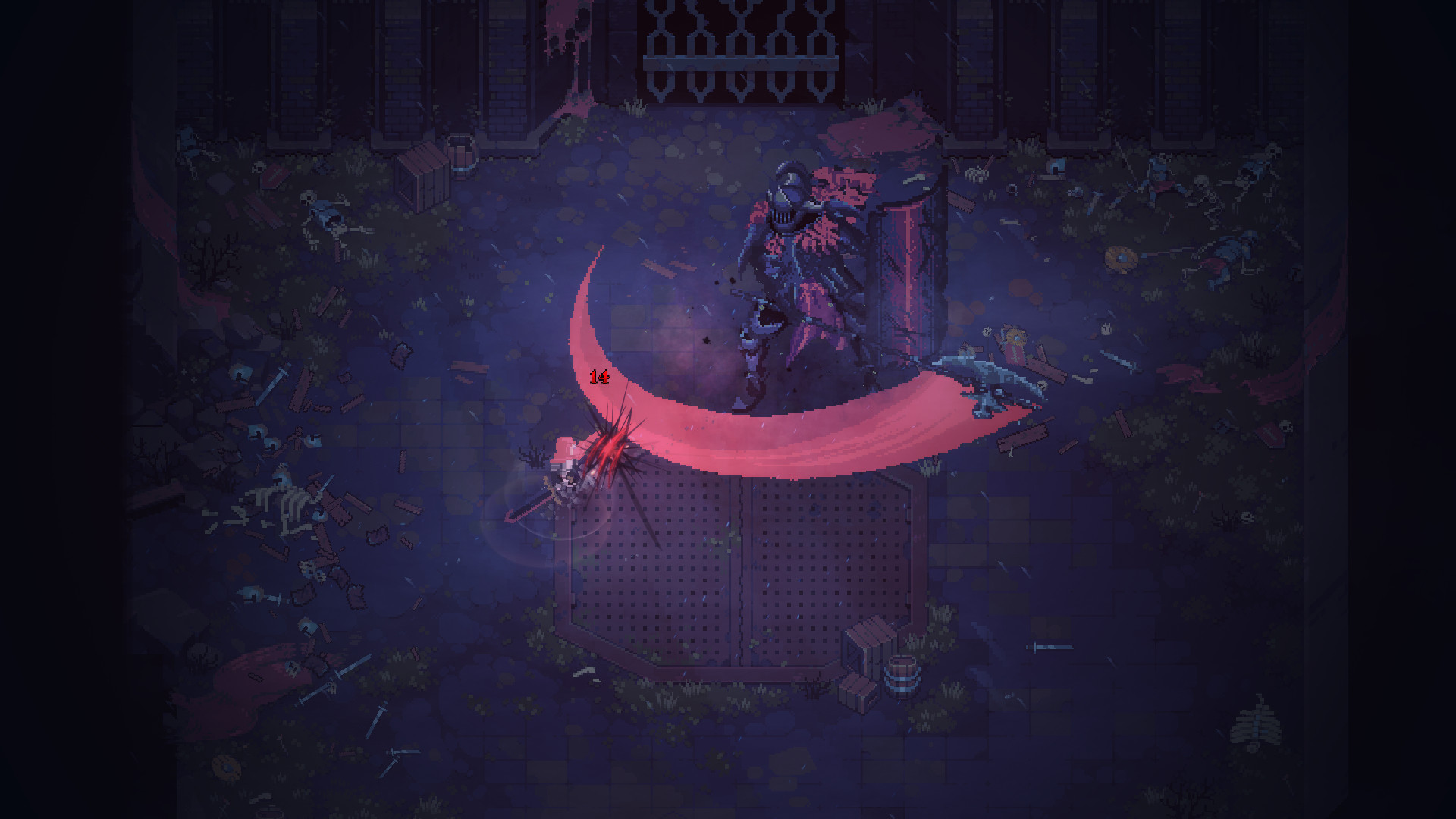 Publisher United Label and developer Fallen Flag Studio have released a new animated trailer for their upcoming action RPG Eldest Souls. The trailer gives players a glimpse of the world of Citadel, the setting of the game, as well as a stylised combat sequence between titanic foe and hero. Check it out below!

Eldest Souls focuses its core loop of gameplay on the art of the boss fight, as seen humorously above. Players will take on the role of a nameless protagonist seeking out their longstanding enemies, known as the Old Gods. Each of these divine threats proves a roadblock to the path of the hero. If players manage to beat any of the Old Gods, they gain its divine power as talents and abilities within an “…extensive skill tree…” that will allow for different combinations of powers the further the player progresses within Eldest Souls. Fallen Flag Studio believes that these combinations will create fluid and unique combat styles for players to try out in its “Souls-like inspired” boss battle arenas.

Players will also explore the paths between the battles against Old Gods where they can fin NPCs, undertake extensive questlines, and uncover the history of Citadel. The world itself is rendered in 16-bit pixel art, reminiscent of other titles with similar retro-inspired aesthetics tuned to a modern taste, such as Hyper Light Drifter or Dead Cells.

Personally, I enjoyed the humour in the trailer above and am always interested in games centralising their gameplay on a facet of their chosen genre and twisting it a little into something new. Boss fights are always a novel thing to pick, and I’ll be curious to see what eventuates when Eldest Souls launches on July 29th for PlayStation 5, PlayStation 4, Xbox Series X|S, Xbox One, Nintendo Switch and Windows PC via Steam and GOG.

Stay tuned to RPGFan for all news Eldest Souls and RPG!