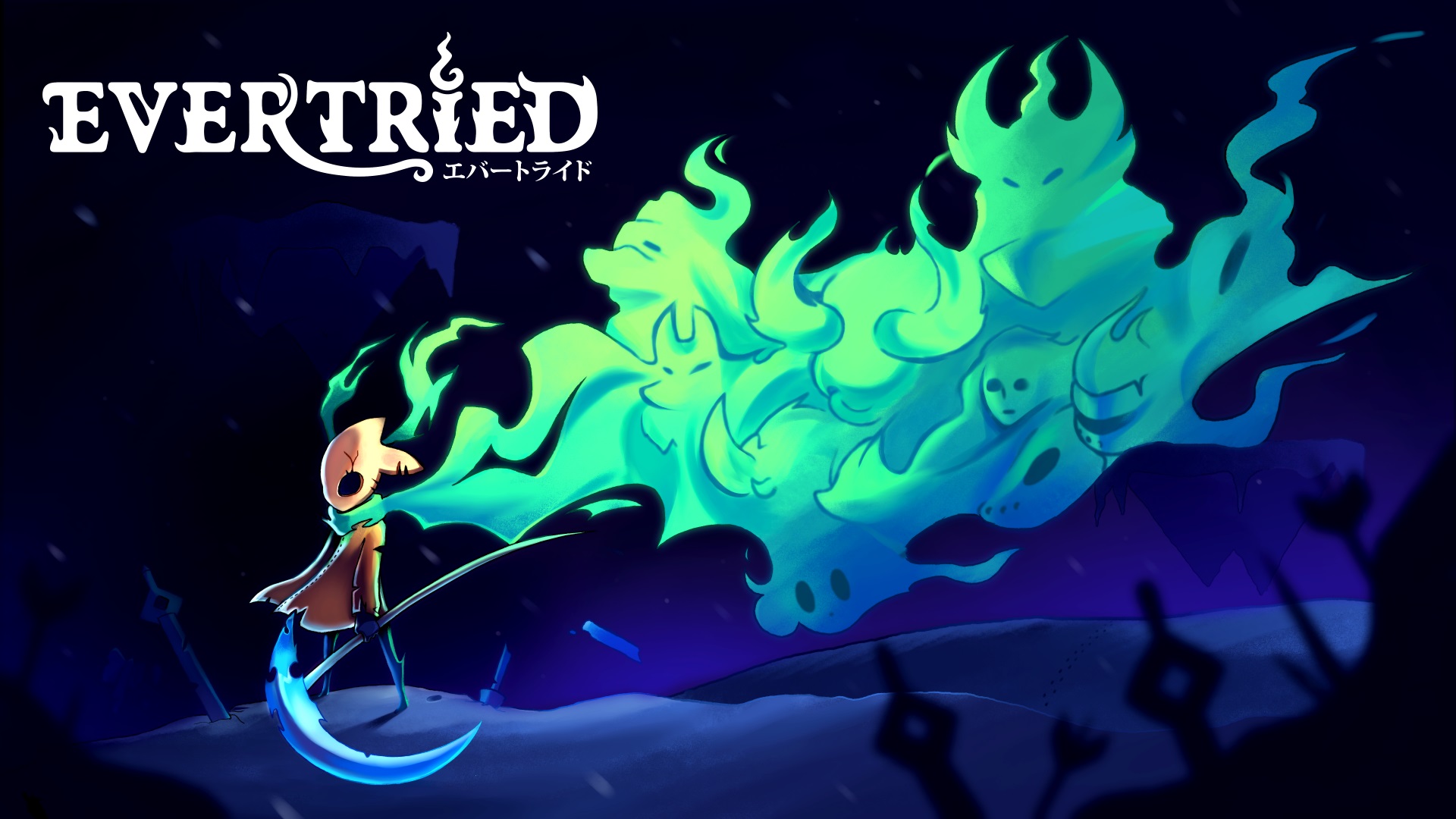 Publisher DANGAN Entertainment and developer Lunic Games/Danilo Domingues have announced their upcoming turn-based RPG Evertried. Players will embody the role of a fallen warrior as they ascend up through a fifty-floored Tower, fighting enemies in turn-based combat dictated by the speed of their actions. Check out its announcement trailer below!

Evertried focuses on the story of a recently deceased spirit who wakes up within The Tower, the setting of the game. Lacking the memories of who they once were, they begin to ascend the fifty Floors of The Tower to seek its creator and answers to their questions. Each time they die, The Tower rearranges itself and they must try again, armed with knowledge and new abilities gained during their attempts.

The core gameplay loop of Evertried ties directly in its movement where enemies will move directly after players finish an action, leaving the tempo of its turn-based gameplay—fast or slow—in the hands of its players. Two key features incentivize players to move with haste in Evertried: the Focus Level and the Dash mechanic. The Focus Level controls how many Shards (the currency of Evertried) players will earn for each battle and can be increased or decreased by acting with speed or slowness. The Dash mechanic is as it says on the tin: a movement ability that allows the fallen warrior to move twice its distance and ignore collision with the environments of Evertried.

These two abilities, in concert, encourage players to lure enemies across the Floors to environmental hazards and traps that can be activated for increased rewards.

While ascending The Tower, players can gain two types of abilities: Skills and Modifiers. Skills are permanent equippable abilities that, when unlocked in a run, will be available in the next playthrough, aiding the player with new options to move and interact with their environment. Modifiers are passive bonuses that end when a player perishes, with their improvements to the warrior based on how high the Focus Level is a given run. Best to be moving quickly then!

Players can currently try out a limited-time demo of Evertried right now via its Steam Store page, as part of the DreamHack Beyond 2021 digital festival. The demo will leave the storefront on July 31st, so best to get in quick if you’re interested! Evertried looks to be an interesting fusion of movement, roguelike elements, and turn-based strategy with an aesthetic that I find absolutely charming. Plus, a scythe as a weapon? How can you go wrong with that?

Evertried is set to launch in Fall 2021 on PlayStation 4, Xbox One, Nintendo Switch and Windows PC via Steam. Stay tuned to RPGFan for all news Evertried and RPG!