WitchSpring3 Re:Fine – The Story of Eirudy Launches in North America and Europe This Week 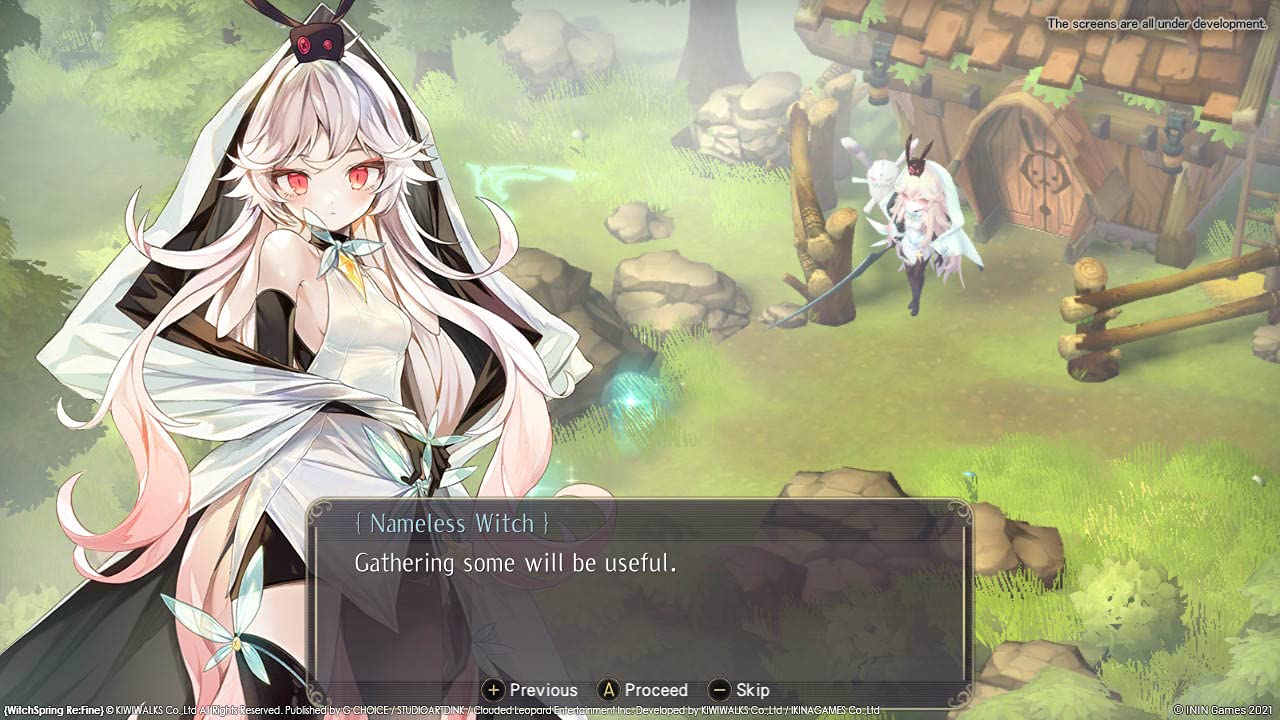 ININ Games and STUDIOARTDINK’s “attention grabbing” RPG WitchSpring3 Re:Fine – The Story of Eirudy (which sounds like a Kingdom Hearts title, but I digress) will be hitting the Nintendo Switch in North America and Europe on August 13th.

The game, which stands apart from the rest of the WitchSpring series, puts players into the shoes of the titular witch. Read on for a synopsis from the developers!

The player assumes the guise of a reclusive witch Eirudy, who lives with her dolls, in the Misty Forest. Outside of this safe haven witches are feared by humans. A chance meeting with an adventurous young man, called Adrian, begins a story, deciding the fate of the deities and humans of the continent Derkarr.

Vitality is the spice of life

In WitchSpring3 Re:Fine – The Story of Eirudy, dolls are of central importance to Eirudy, if not indispensable. By defeating monsters, Eirudy absorbs vitality into her soul stone to bring her dolls to life. With her companions to stand by her, the brave witch faces every enemy in her way.
As the game progresses, Eirudy’s collection of puppet companions grows, each coming with individual abilities to aid her in battle. Using, understanding and summoning these dolls is one aspect of mastering this expansive RPG!

WitchSpring3 will be getting a physical boxed edition alongside its digital release on the Nintendo eShop. If you’re interested, you can preorder the game (and its fancy collector’s edition) from the Strictly Limited storefront.