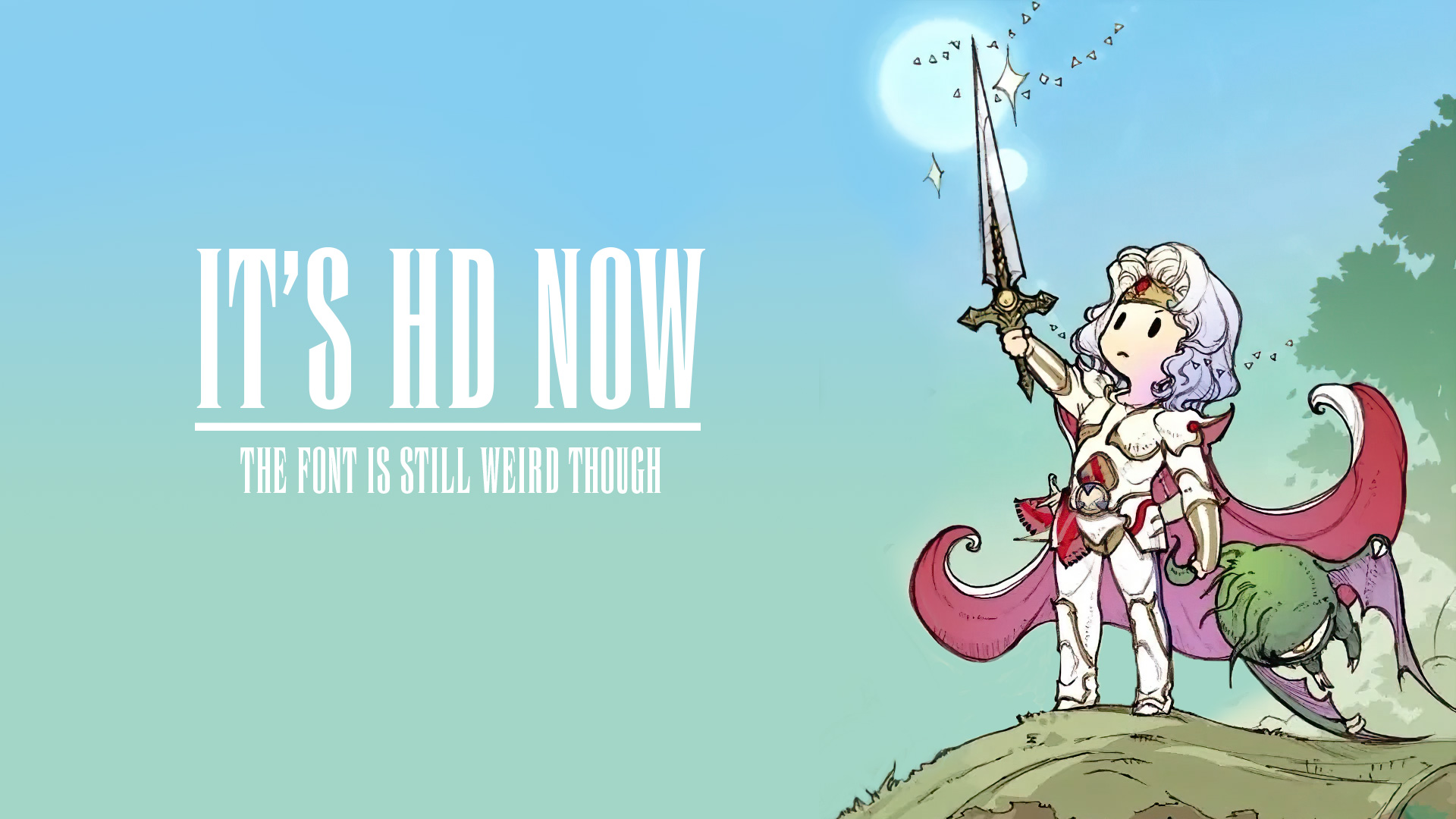 Lali-ho! Square Enix’s next entry in the Pixel Remaster series, Final Fantasy IV, finally (yes, I know) has a release date! Yes, the classic tale that was first woven on the Super Famicom in 1991 and came to the Super Nintendo as Final Fantasy II — the start, but certainly not the end of, a decade of confusingly numbered sequels. And it’s back again in Pixel Remaster form on (completely unnecessary drumroll, please!): September 8th!

In just under a few weeks, players will be able to enjoy this new version of Final Fantasy IV, complete with updated graphics recreated by the original artist, Kazuko Shibuya, treated to rearranged music rearranged by the talented composers at Square Enix and overseen by Nobuo Uematsu. You can also enjoy a fleet of quality-of-life improvements, including a bestiary, auto-battle settings, a gallery mode, a music player, and the ability to save anywhere. It’s unknown if any of the above cures being a spoony bard, but it’s definitely a start!

Steam users will also be given three bonuses if they pre-order now, including three arranged music tracks, two wallpapers, and 20% off the regular price. Also, if you’re a fan of Final Fantasy IV‘s music, those new music tracks will delight you, as they will be timelapse arrangments of The Red Wings, Main Theme of Final Fantasy IV, and Battle 2.

Rejoin Rydia, Kain, Cecil, Rosa, Porom, and Palom, and all their companions on September 8th when Final Fantasy IV Pixel Remaster hits Steam and Mobile devices. You can also still pick up the complete bundle on Steam if you haven’t already!