A Dragon and a Cat in a Super Monkey Ball? It’s More Likely Than You Think! 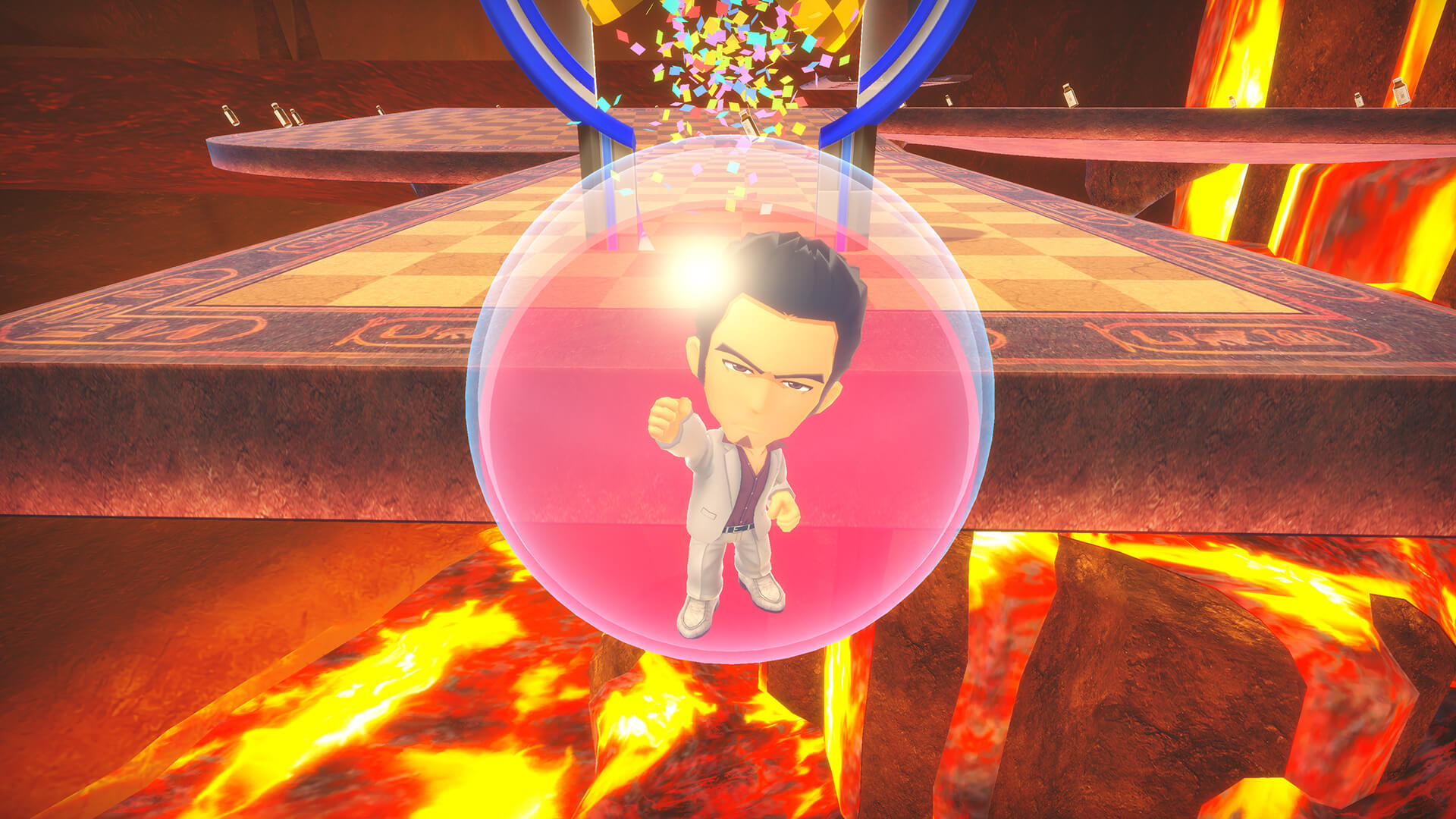 SEGA isn’t exactly shy about crossovers, having done everything from put the Daytona car in Fighter’s Megamix to making sure every single Sonic character appeared in toy form in Shenmue. Well, like his Sonic kin, Yakuza‘s Dragon of Dojima—Kazuma Kiryu himself—is getting put inside a capsule and rolled around in the world’s most adorable game of tilt n’ tumble: Super Monkey Ball Banana Mania.

Kazuma Kiryu will be featured as a playable character in Super Monkey Ball Banana Mania, coming in as a piece of free DLC when the game launches on October 5th, 2021. He’ll be joining an already rounded-out crew, with faces from Jet Set Radio and the Sonic franchise already announced.

While Monkey Ball may not be strictly RPG content, Kazuma Kiryu is one of our best-dressed RPG boys, and we can’t help but stan a king. Or dragon. Of Dojima. I was going somewhere with this phrasing but it seems to have slipped through my fingers and kicked me in the backside. Just like Kiryu would.

After that, well, they’re going to make us keep covering Super Monkey Ball Banana Mania, aren’t they? It sure looks that way, because Persona 5‘s favourite “I’m not a cat” cat Morgana is joining the fray! Revealed during Gamescom’s Opening Night livestream, SEGA announced that the plucky mascot of the Phantom Thieves will be available as post-launch DLC for $4.99 USD on all platforms. To see Morgana in action, check out the trailer below!