Posted by Joshua Lindquist on September 5, 2021 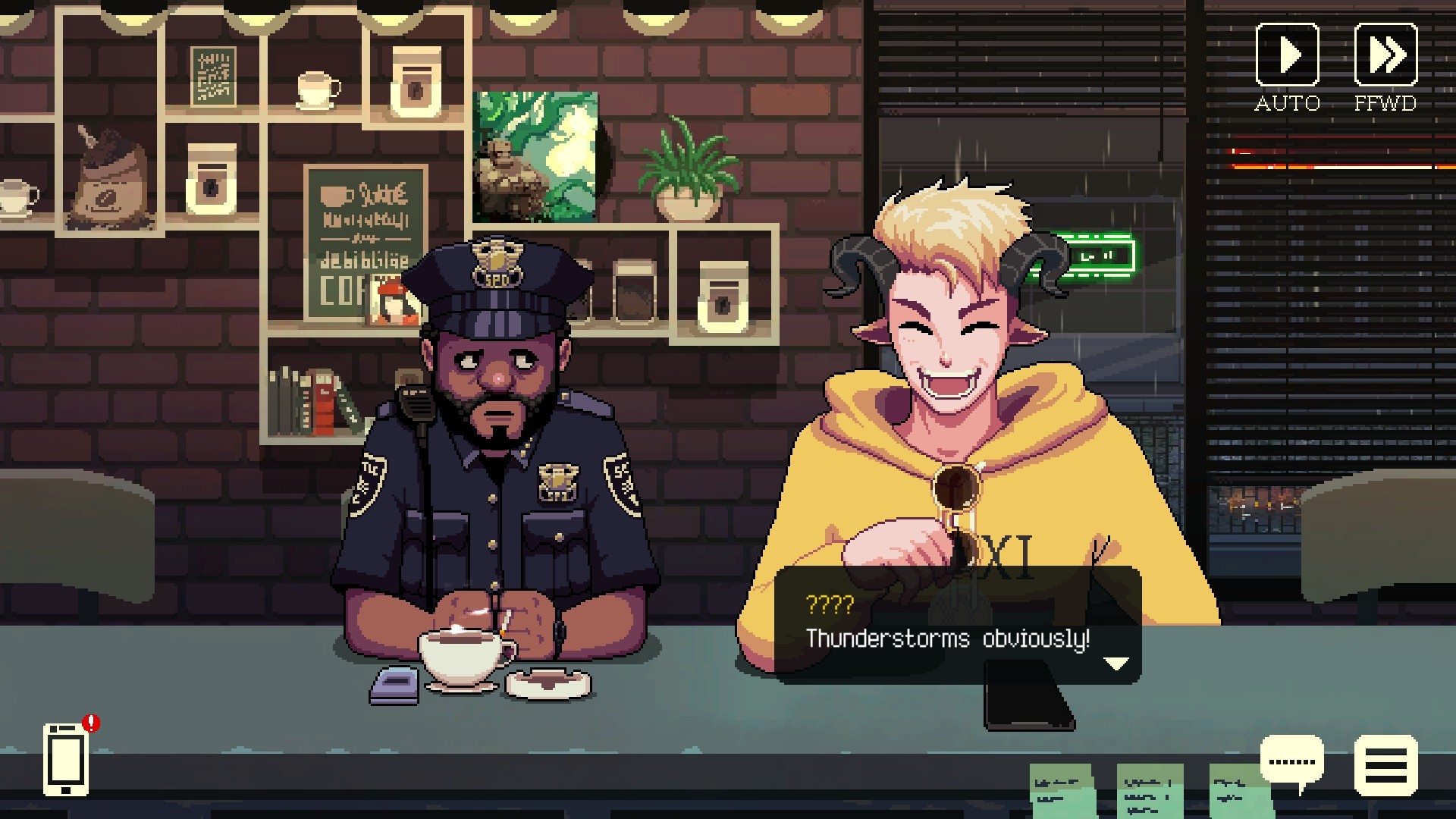 Toge Productions has announced a follow-up to their well-received 2020 release, Coffee Talk. The new “episode” is titled Coffee Talk Episode 2: Hibiscus & Butterfly and is targeting a 2022 release date on PC.

The developers have only shared a brief teaser trailer with a brief look at two new characters so far, seen below.

Like the first Coffee Talk game, the new game is a visual novel set in a coffee shop. In your role as a barista, you will talk with a variety of characters who stop by and mix their drinks. The sequel’s Steam page contains a basic list of game features, listed below, though all of this applies to the first game as well, so it doesn’t give much insight into new features of Episode 2 yet.

In a time where people are isolated from each other, Coffee Talk is a place where we can reconnect over a cup of warm drink.

It’s time to revisit your favorite late-night coffee shop and reconnect with your fantasy friends over a warm drink or two. You are a barista, and your customers aren’t always humans, listen to their stories and influence their hearts with a warm cup of coffee or two.

Mix a combination of ingredients, such as tea, ginger, mint, chocolate, coffee and many more. Experiment and uncover secret recipes, change people’s lives by serving drinks that will warm their hearts.

Show your creativity, draw your own latte-art masterpiece with our in-game fluid simulation to decorate your drinks.

Immerse yourself in the relaxing coffee shop atmosphere. It’s raining outside, brew yourself a warm drink, play that lo-fi chillhop beats, and listen to the coffee talk.

Set in an alternate present-day Seattle where humans, orcs, elves, and other races have been coexisting since the beginning of time. Explore the world through the stories told by your customers one cup at a time.

Hangout With a Diverse Cast

Meet quirky and interesting characters, such as; Baileys the elf freelance graphic designer, Lua, the succubus bisdev executive, Myrtle the orc game developer, and more. Listen to their stories and influence them with a warm drink or two!