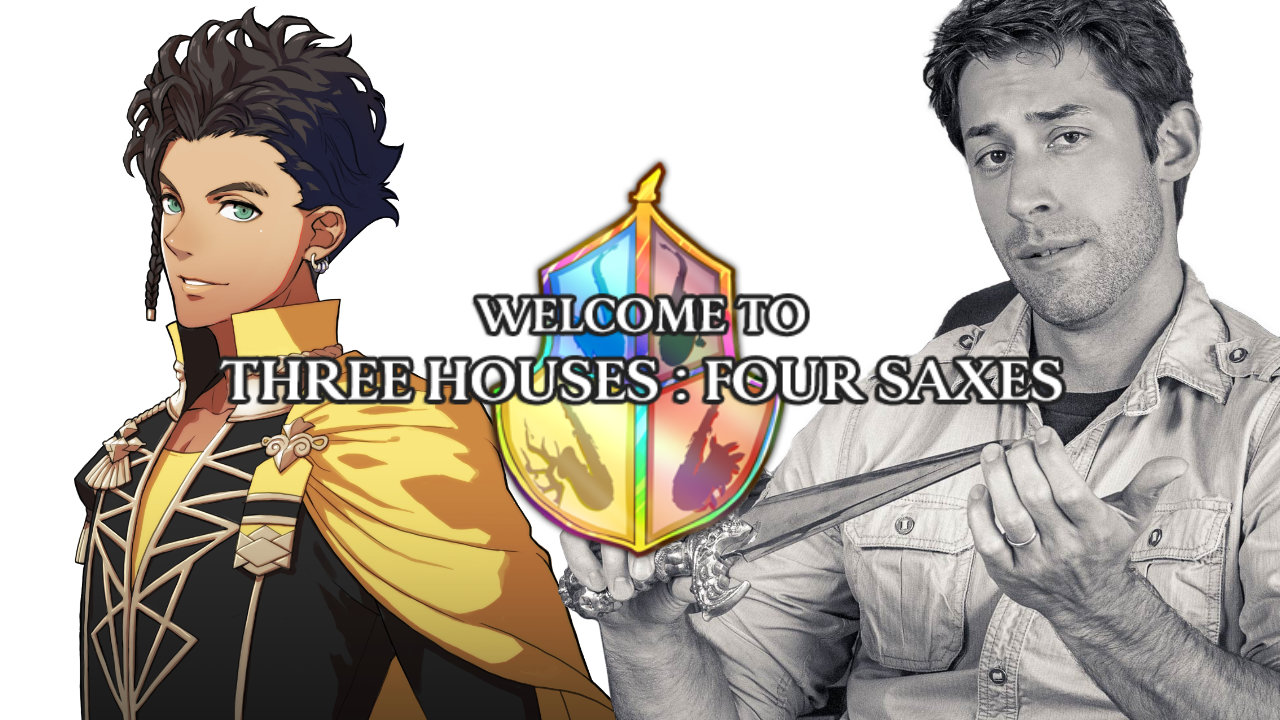 Fire Emblem: Three Houses probably needs little introduction to our readers, given the runaway hit that it became for Nintendo. Joe Zieja is known for his excellent work as Bumblebee on Netflix’s Transformers: War for Cybertron trilogy, is… oh, sorry, Joe is also the voice of Claude, leader of the Golden Deer house in Three Houses.

This relation—and his long history of music arrangements through OC Remix, including some stellar work on Final Fantasy VI: Balance and Ruin—has led to a new Kickstarter project, Three Houses: Four Saxes. Joe has long been a saxophone player, and wanted to bring a unique perspective to the music of Fire Emblem: Three Houses. In his words:

…I’ve played saxophone for most of my life, and wanted to experiment with an album consisting of JUST saxes. Plus, a sax quartet album is a pretty weird thing to do, and I think that quirky/unusual stuff is exactly what the Golden Deer house would be all about.

That says it better than I could have! Joe has also released a video showing one of the completed tracks, “Life at Garreg Mach,” and I will agree it’s unusual, but more importantly just fun to watch, and a great showcase of his talent on the sax. Lisa Simpson would approve.

The Kickstarter campaign runs through the end of the month, with pledge rewards ranging from digital and CD releases of the music, to signed character 8x10s of some of Joe’s characters like Trails of Cold Steel III‘s Kurt Vander (and yes, Mike, including Bumblebee), and much more.

So yes, check out the campaign and see all that Joe has planned. And hey, since you’re still reading, have you seen our So you want to get into the Fire Emblem Series… feature yet? I recommend it.